Loan Deferrals.  We continue working with borrowers through this challenging economic environment. Over the year ended December 31, 2020, the Bank had approved 2,095 loan deferrals totaling $122.6 million, not including 138 loans, totaling $24.5 million, previously sold in the secondary market and serviced for others. As of that date, 90.5% of the Bank-owned loans, with balances of $117.7 million, performed in accordance with their contractual terms. The majority of the modifications granted to customers expired during the third quarter of 2020, and at December 31, 2020, we had 194 loans totaling $40.2 million of remaining deferrals outstanding and all were performing in accordance with their contractual terms. Pursuant to the CARES Act, these loan deferrals are not included in our non-performing loans disclosed below.

We continue participating in the Paycheck Protection Program ("PPP") passed by Congress as a stimulus response to the potential negative economic impacts of COVID-19.  The program discontinued accepting new loan applications on August 8, 2020 and was reopened January 11, 2021. As of December 31, 2020, we had received 695 applications for $92.8 million of loans under the PPP. We received SBA approval for 674 applications totaling $92.0 million and all had been funded. As of December 31, 2020, there were $75.4 million of PPP loans outstanding.

President and Chief Executive Officer Michael J. Quinn said, "This past year presented challenges not seen in our lifetimes and I am proud of our staff's response to the crisis. We were able to pivot to a work from home environment while meeting the challenges of processing a large number of PPP loan requests and achieving a 15.9% increase in assets along with a 20.2% increase in deposits. Our efficiency ratio improved by 8.7% year over year driven by increases in net interest and noninterest income. During the year, we were able to maintain a net interest margin of 3.56%, which while down 20 basis points year over year, did show signs of improvement during the fourth quarter of 2020 despite the continuing low-rate environment. I am happy to say that efforts to expand in Orange County have progressed with expected branch openings in early 2021."

We recorded a provision for loan losses of $1.4 million for the fourth quarter of 2020 as compared to $450,000 for the comparable prior year period. The provision was $7.1 million for the year ended December 31, 2020, an increase of $4.7 million, or 190.2% as compared to the year ended December 31, 2019. The increase in the provision was mainly attributable to the significant negative impact of the change in both quantitative and qualitative factors reflecting the diminished economic environment and the resultant increased financial risk for the Bank's borrowers, which, more than likely, will lead to some credit quality deterioration. The increase in our loan loss allowance related to the economic environment was based, in major part, on the number of loans that had their payments deferred which increases the risk of defaults.

Net charge-offs for the quarter ended December 31, 2020 totaled $362,000 compared to $2.4 million for the respective period in 2019.  For the year ended December 31, 2020, net charge-offs were $1.5 million, a decrease of $1.7 million, or 53.7%, when compared to the comparative 2019 period. The decreases were specifically due to two large commercial real estate loans totaling $1.8 million that became impaired and were partially charged off in the fourth quarter of 2019.

As of December 31, 2020, total liabilities increased $148.3 million, or 17.2%, to $1.01 billion, mainly due to a $156.0 million increase in deposits due to the inflow of cash from PPP loans and an apparent flight to safety as some investors may have fled the stock market volatility. The lease liability, which offsets the ROUA, was $6.3 million at December 31, 2020 and also contributed to the increase. A decrease of $15.6 million in Federal Home Loan Bank advances partially offset the increase in the other liabilities.

This press release contains certain forward-looking statements about the Company and the Bank.  Forward-looking statements include statements regarding anticipated future events or results and can be identified by the fact that they do not relate strictly to historical or current facts.  They often include words such as "believe", "expect", "anticipate", "estimate",  "intend", "predict", "forecast", "improve", "continue", "will", "would", "should", "could", or "may".  Forward-looking statements, by their nature, are subject to risks and uncertainties. Certain factors that could cause actual results to differ materially from expected results include increased competitive pressures, changes in the interest rate environment, general economic conditions or conditions within the securities markets, and legislative, accounting and regulatory changes that could adversely affect the Company's financial condition and results of operations and the business in which the Company and the Bank are engaged.

Further, given its ongoing and dynamic nature, it is difficult to predict the full impact of the COVID-19 outbreak on our business. The extent of such impact will depend on future developments, which are highly uncertain, including when the coronavirus can be controlled and abated and whether the gradual reopening of businesses will result in a meaningful increase in economic activity. As the result of the COVID-19 pandemic and the related adverse local and national economic consequences, we could be subject to any of the following risks, any of which could have a material, adverse effect on our business, financial condition, liquidity, and results of operations: the demand for our products and services may decline, making it difficult to grow assets and income; if the economy is unable to substantially reopen, and high levels of unemployment continue for an extended period of time, loan delinquencies, problem assets, and foreclosures may increase, resulting in increased charges and reduced income; collateral for loans, especially real estate, may decline in value, which could cause loan losses to increase; our allowance for loan losses may increase if borrowers experience financial difficulties, which will adversely affect our net income; the net worth and liquidity of loan guarantors may decline, impairing their ability to honor commitments to us; as the result of the decline in the Federal Reserve Board's target federal funds rate to near 0%, the yield on our assets may decline to a greater extent than the decline in our cost of interest-bearing liabilities, reducing our net interest margin and spread and reducing net income; our wealth management revenues may decline with continuing market turmoil; our cyber security risks are increased as the result of an increase in the number of employees working remotely; and FDIC premiums may increase if the agency experiences additional resolution costs.

The Company's summary consolidated statements of income and financial condition and other selected financial data follow: 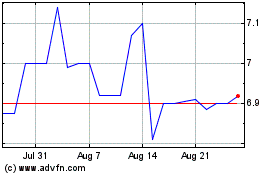 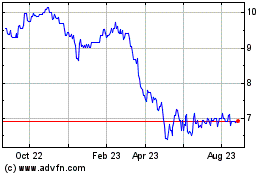 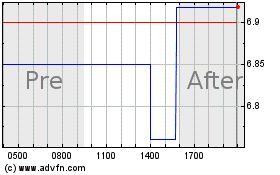