NOT FOR RELEASE, PUBLICATION OR DISTRIBUTION IN WHOLE OR IN PART INTO THE UNITED STATES, CANADA, AUSTRALIA, SOUTH AFRICA OR JAPAN

This following amendment has been made to the "Sales of Investments" announcement released on 27 April 2012 at 7.00 a.m. (RNS No: 2089C): in relation to the sale of warrant holdings, the reference to "Wuhan General Group China, Inc. (NASDAQ:WUHN)" has been replaced by a reference to " Keyuan Petrochemicals, Inc. (OOTC:KEYP)". Save for that amendment, all other details in the original announcement remain unchanged and the full amended text of the announcement is shown below.

Vision Opportunity China Fund Limited (AIM: VOC.L) today reports that it has sold all shares of common stock held by it, including the issued shares of common stock resulting from the conversion and exercise of Series A Convertible Preferred Stock, in Shengkai Innovations, Inc. ("Shengkai") (NASDAQ:VALV) through a series of on-market transactions at close to market prices. The sale has no material impact on NAV. The net proceeds will be held in cash pending distribution to shareholders.

Shengkai is primarily engaged in the design, manufacture and sale of ceramic valves in China. VOC invested an aggregate of US$15.3 million in Shengkai on 14 February 2008 and 9 June 2008. In return for its investment, it received*:

b) Series A Convertible Preferred Stock convertible into 2,957,763 shares of Shengkai's common stock at a conversion price of $5.0714 per share; and

* Shengkai's share counts and conversion prices have been adjusted to reflect the 1 for 2 reverse stock split effective 9 March 2012.

In addition, VOC reports that on 23 April 2012, it agreed to sell all of the warrants it held in Shengkai, Tianyin Pharmaceutical Co, Inc. (AMEX:TPI) and Keyuan Petrochemicals, Inc. (OOTC:KEYP) through a private sale. The total net sale proceeds from the transaction will be US$46,250.

This information is provided by RNS

The company news service from the London Stock Exchange 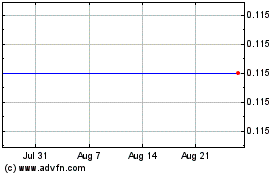 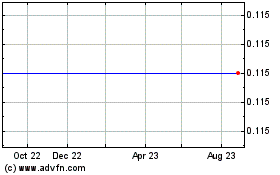 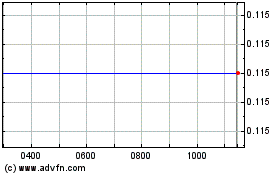