NEW YORK, NY -- August 13, 2021 -- InvestorsHub NewsWire -- ILUS International Inc (OTC: ILUS) remains focused on its M&A strategy of acquiring and growing global technology companies. The company has released its second quarter of 2021 results which show that revenue is up, profit is up and the company is achieving its growth milestones.

Following its most recent filings, ILUS International (ILUS) reports that along with significant milestones achieved, the company achieved revenue of $ 2.86 million in the second quarter of 2021. This represents a 462% increase on the first quarter revenue of $ 509k. In addition to increased revenue, ILUS reports that its second quarter gross profit is up 375% to $ 992k compared to the first quarter gross profit of $ 209k.

In addition to its increased revenue and profit, ILUS reports that it has strengthened its balance sheet with assets increasing to just under $24.5 million and cash in the bank has also increased. The management team’s modus operandi has been to continually prioritise profitable growth and cash liquidity in order to allow it to execute the deals on its radar. With a number of new acquisitions in the pipeline, including two Letters of Intent which have been signed, ILUS is in a strong position to complete its targeted deals.

ILUS acquired BCD Fire, a fixed fire systems integrator headquartered out of Dubai, United Arab Emirates on the 13th of April 2021. This acquisition means that in addition to the first quarter acquisitions of FireBug and The Vehicle Converters, ILUS has already acquired three companies in 2021. ILUS remains committed to acquiring and growing companies in the Public Safety sector, specifically those companies which have or are developing innovative technology which protects and saves property and lives. ILUS is currently in discussions with five further acquisition targets, four of which are in the United States and one which is in Europe. New strategic acquisitions will complement existing technology within the ILUS group of companies and add new disruptive technology to the portfolio. They will also provide additional routes to market, existing revenue, and increased local market knowledge.

In addition to the acquisition of BCD Fire early in the second quarter and the signing of two Letters of Intent for further acquisitions, ILUS achieved significant milestones in the growth of the company. The company announced its partnership with TakeLeap on the 26th of April 2021, for the delivery of virtual reality training packages for fire safety, health safety and firefighting, with the vision being that this will be rolled out through BCD Fire. During the second quarter of 2021, ILUS has improved operational efficiencies within BCD Fire and simultaneously completed testing of the virtual reality training products which are now ready for distribution. Further progress also made during the second quarter includes the much anticipated launch of the ILUS Coin on the 28th of April 2021. The ILUS Coin is the first of its kind that will contribute to saving lives and assets through assisting with the purchase of critical life saving ILUS equipment, whilst providing rewards to ILUS Coin holders. On the 3rd of June 2021, ILUS also announced the lifting of the Canadian Cease Trade Order which had been applied in 2012 as a result of various reporting deficiencies by previous management, with this meaning that ILUS securities could now be traded in Canada. As the ILUS sales teams continue to expand their reach globally, ILUS also increased its number of global distributors during the second quarter and made the significant appointment of Vijay Fire Vehicles as its Exclusive Distributor in India. Vijay Fire Vehicles are India’s oldest and largest firefighting vehicles and equipment manufacturer and distributor. ILUS has also recently made a number of new hires, including that of strategically key team members, such as the appointment of a Senior Product Manager for Fixed Fire Systems with over 20 years’ relevant experience, who is focusing on the completion and certification of ILUS’ much awaited kitchen and battery fire suppression systems. Having appointed a new Marketing Director at the beginning of April 2021, ILUS has made further additions to its marketing team and has now also recently appointed a new Sales Director who will focus on channel sales growth and new technologies, including complementary software technologies. ILUS will release further press releases on the new appointments in the coming weeks.

ILUS CEO, Nicolas Link, commented on the second quarter results with the following: “In what has been a challenging quarter in the markets, I am incredibly proud of what the ILUS team has achieved. We have significantly increased our revenue and profit, yet it still feels that we are only getting started in terms of achieving our potential. We are in a very strong position to execute on the deals which are already lined up. I am once again so thankful to our loyal long-term shareholders who have continued to stand by us. We remain dedicated to delivering on our commitments and adding shareholder value.”

For further information on the companies please see the ILUS communication channels. 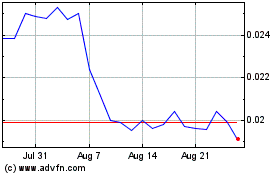 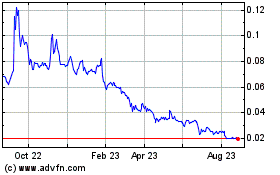 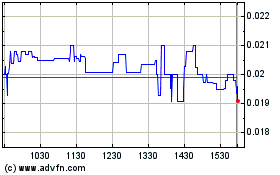