This article is being republished as part of our daily reproduction of WSJ.com articles that also appeared in the U.S. print edition of The Wall Street Journal (June 30, 2020).

Lawmakers and businesses are pushing the U.S. government to offer debt relief to hundreds of small hotel owners who borrowed with the help of bond markets.

But the biggest beneficiaries of any assistance could be large real-estate owners affiliated with properties that owe troubled hotel debt, according to an analysis by hotel union Unite Here International, which analyzed public filings and data from research firm Trepp LLC as of June 16.

The hotel owner with the most money in these troubled commercial mortgage-backed-securities loans is Monty Bennett. The Dallas businessman is affiliated with companies including Ashford Hospitality Trust and Braemar Hotels & Resorts that had loans valued at nearly $2.3 billion with special servicers, according to Unite Here's analysis of the Trepp data.

Meanwhile, Colony Capital Inc., a $50 billion private-equity firm run by Thomas Barrack, owed about $2 billion, according to the analysis.

The third-biggest hotel borrower named in the analysis was the real-estate firm Hospitality Investors Trust Inc., with $723 million owed in loans with special servicers. Brookfield Asset Management, an investment firm with more than $500 billion in assets under management, is a stakeholder in the firm and appointed two board members. Hospitality Investors Trust recently reached an agreement with lenders for the debt that was in special servicing, according to a securities filing.

Treasury Secretary Steven Mnuchin acknowledged the CMBS issue at a recent Senate hearing and suggested that the administration might need to come back to Congress to work on a potential fix. Fed Chairman Jerome Powell indicated in House testimony that the issue might be better addressed by Congress.

The hotel industry was among the hardest hit by the pandemic, causing thousands of properties to close and occupancy rates to fall below 25%, according to data tracker STR. Occupancy levels nationwide have been rising for weeks and are now back above 40%. But it is still well below that mark in resort hot spots like Orlando, Fla., and Hawaii, and lower in big cities such as Boston and Chicago.

Last month in a webinar interview, Mr. Bennett made a case for government aid for the lodging business. "The hotel industry needs help, " he said. "And giving hoteliers debt on top of the debt that they already can't repay seems foolish. The industry needs grants along the lines of what the airline industry has received."

Mr. Bennett's companies were also among the biggest beneficiaries of the government's Paycheck Protection Program, receiving more than $68 million in assistance. He ultimately decided to return the money after the Treasury Department said that borrowers with access to capital markets or other sources of funds didn't qualify for government assistance.

Hotel operators involved in the CMBS financing market have some particular challenges because the market wasn't designed to provide borrowers with temporary payment relief. Those who need to pause payments must work with special servicers, which are hired to negotiate on behalf of the bondholders that own the loans.

The Fontainebleau hotel in Miami Beach is in discussions with lenders related to CMBS debt even though it is current on its debt service, according to Brett Mufson, president of Fontainebleau Development, which owns the hotel.

The two biggest borrowers represented about 31% of the $14 billion of hotel CMBS debt with special servicers as of May, the Unite Here analysis shows. A representative for the union said it was important to determine who would benefit from any government relief on CMBS debt.

More than half of the hotel debt is owed by asset managers, public companies or other large firms, the union analysis added, which suggests any government bailout effort could potentially steer much of the assistance toward companies with more financial flexibility.

It couldn't be determined if the Federal Reserve and Treasury will enact specific relief for borrowers who used the CMBS market, or if they do, how they will handle larger borrowers versus smaller ones.

The majority of the troubled hotel loans tracked by Trepp -- more than 200 -- had balances of $20 million or less, a sign that most of the borrowers are smaller businesses. These firms often don't have the resources to work through their obligations during this difficult period without government assistance.

"Only 20% of hotels with CMBS loans have been able to obtain any debt relief," said Chip Rogers, chief executive of the American Hotel & Lodging Association. "The impact has been most significant for our small business operators who represent 61% of all hotel properties in the U.S."

Rep. Van Taylor (R., Texas), who is leading the bipartisan group of lawmakers in the effort to get aid for hotel borrowers, said: "These industries don't need a bailout, but they do need flexibility and support to keep their doors open, provide millions of jobs in communities across the country, and drive their local economies."

"The hotel industry is comprised primarily of small-business owners, and the pandemic's economic impact is leaving them struggling to stay current on their debt obligations," he said. "The impact of these potential delinquencies and foreclosures would have a disastrous ripple effect on employees, vendors, and local governments' tax revenues."

Write to Craig Karmin at craig.karmin@wsj.com and Konrad Putzier at konrad.putzier@wsj.com 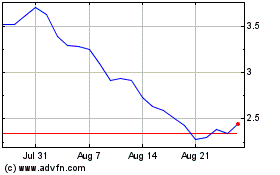 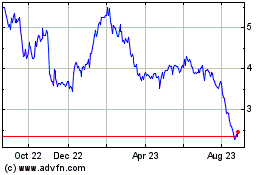 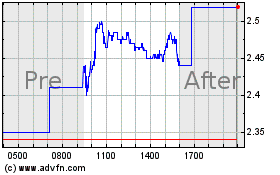