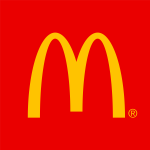 Jenna Ries, the complainant in the suit, said she often would leave work crying after more than a year of being verbally assaulted and grabbed at work by a store manager. Ms. Ries said she reported the behavior to the general manager of the franchisee-owned McDonald's but received no help. She no longer works at the McDonald's.

"This is not just about me," said Ms. Ries, 32 years old, during a call with reporters on Tuesday. "We deserve to feel safe at work."

Attorneys said the complaint extends to eight women in total, and they expect more named complaintaints beyond Ms. Ries to come forward. Time's Up and the ACLU lawyers said Tuesday that they have spoken to employees at other McDonald's locations who also claim to have been harassed.

In a separate complaint to the U.S. Equal Employment Opportunity Commission on Tuesday, a worker at a McDonald's restaurant in Detroit said she was forced to quit after being transferred to another store and having her hours cut after reporting that she was sexually harassed by a supervisor, the ACLU said.

The ACLU said on Tuesday that at least 50 harassment complaints have been filed against the company over the past three years. The complaints include roughly eight company-owned stores, attorneys said. Most of the complaints remain under investigation, the ACLU said, and it is asking the EEOC to investigate them as a whole.

McDonald's has argued in a number of lawsuits that it shouldn't be held responsible as a joint employer, a designation that would make it accountable for franchisees' actions as a franchisor. A federal appeals court last month ruled that McDonald's doesn't exert enough control over its franchisees' employees to be considered a joint employer and isn't liable for their treatment.

Earlier this month, McDonald's fired Chief Executive Steve Easterbrook because of his relationship with a female employee. Chris Kempczinski, who previously oversaw the company's U.S. operations, succeeded Mr. Easterbrook. A McDonald's policy prohibits the company's employees from having relationships with direct and indirect reports at all levels.

Attorneys and plaintiffs said Tuesday that they are asking to meet with Mr. Kempczinski to address their concerns, including how the training is being implemented, the staffing of the complaint hot line and how harassment complaints filed are handled by the company.

"We are dubious about the training's quality and how widely it's been disseminated," said Gillian Thomas, senior staff attorney at the ACLU Women's Rights Project.

Write to Heather Haddon at heather.haddon@wsj.com and Patrick Thomas at Patrick.Thomas@wsj.com