” we previously used in our daily operation, however, such application in Class 41 (mainly related to education, training and recreational activities), which is the classification for the trademarks in terms of their use, has been rejected due to alleged similarity to existing registered trademarks. We have claimed against the Trademark Bureau for such rejection but failed. Currently, we mainly use a combination of the logo “

” and Chinese characters of “Liulishuo,” namely “ 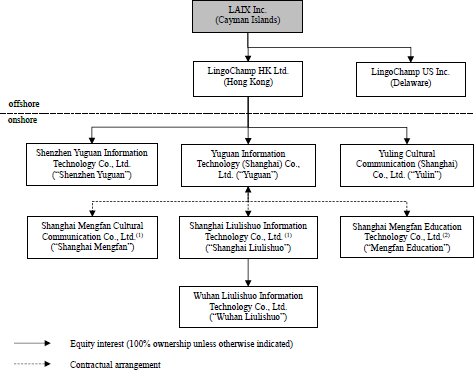