Resignation of Dr. Latour as President and Chief Executive Officer; Continued Service as Chairman of the Board

On June 14, 2020 (the “Separation Date”), Wouter W. Latour, M.D. resigned his employment as President and Chief Executive Officer of Vaxart, Inc. (the “Company”), any and all positions, with the Company and its affiliates (other than his position as Chairman of the Board of Directors). Executive will continue to serve on the Board of Directors, subject to re-election by stockholders. However, he will not be eligible for and will not receive any non-employee director cash retainers or equity compensation under the Company’s director compensation program for his services as a director for the one-year period commencing on the Separation Date.

In connection with his resignation, Dr. Latour entered into a Separation Agreement (the “Separation Agreement”) with the Company. Dr. Latour’s departure constituted a termination without cause within the meaning of the Company’s Severance Benefit Plan, and Dr. Latour will accordingly be entitled to the applicable benefits available to him under such plan. In addition, Dr. Latour will continue to vest in any stock options issued under the Company’s equity plan and held by him as of the Separation Date, with continued service on the Board of Directors constituting continued employment with the Company for purposes of the applicable vesting and exercise conditions. In exchange for these benefits, Dr. Latour has signed a release of claims in favor of the Company.

On June 15 2020, the Board of Directors of the Company (the “Board”) announced that, effective as of June 14, 2020, a current Board member, Andrei Floroiu, 47, has been appointed as Chief Executive Officer of the Company. Mr. Floroiu will also serve as the Company’s principal financial officer.

Mr. Floroiu has served as a director since April 2020 and will continue on the board while serving as Chief Executive Officer. He is a senior advisor to the chief executive officer of Agenus Inc., a biotechnology company focused on immunotherapy including immuno-oncology, since 2015. From 2012 to 2015, Mr. Floroiu was a Managing Director of Exigo Capital Corp., where he provided strategic, financial and operational advice to companies undergoing significant transformational and strategic transactions. From 2010 to 2012, Mr. Floroiu served as the founder and president of Fly for MS, a charity to raise global awareness for Multiple Sclerosis. From 2004 to 2008, he served as a principal for The Invus Group, a private equity investment firm. He holds an MBA in Finance from The Wharton School, University of Pennsylvania, a Master of Science in Computer Engineering from the University of Maryland and a Bachelor of Science in Computer Engineering from the Universitatea Politehnica in Bucharest, Romania.

In connection with his appointment as Chief Executive Officer of the Company, Mr. Floroiu entered into a letter agreement with the Company, dated as of June 14, 2020 (the “Letter Agreement”). Pursuant to the Letter Agreement, Mr. Floroiu will hold the title of Chief Executive Officer, in addition to his current duties as a Board member until the termination of his employment by the Board or by himself. In connection with his appointment, Mr. Floroiu will receive a base salary of $400,000 per year, and will participate in the Company’s Severance Benefit Plan (the “Severance Plan”). His “Non-CiC Severance Period”, as defined in the Severance Plan, will be three months and his “CiC Severance Period”, as defined in the Severance Plan, will be six months. Mr. Floroiu will not receive any non-employee director cash retainers or other compensation under the Company’s director compensation program for his services as a director while he is serving as Chief Executive Officer. Effective on the date of his appointment, Mr. Floroiu resigned from his membership on the Audit Committee of the Board, of which he had served as the Chairman.

In connection with his appointment as Chief Executive Officer of the Company, Mr. Floroiu will be eligible to participate in the Company’s annual bonus program. His “target” bonus opportunity will be up to 50% of his annual base salary, which will be pro-rated for the 2020 fiscal year. Any payment under the annual bonus program will be based on the extent to which certain performance objectives established by the Board have been achieved for that year, in the sole discretion of the Board. Mr. Floroiu will also be eligible to for a bonus equal to $100,000 (the “Success Bonus”) if he remains continuously employed through the earlier of the following dates (a) the date that the Company executes a substantial strategic agreement, as determined by the Board (a “Strategic Agreement”), and (b) the date on which a Change in Control (as defined in the Letter Agreement) occurs (the earliest such date being the “Vesting Date”), in either case on or before November 30, 2020.

As of June 15, 2020 (the “Grant Date”), the Company granted an option to purchase 845,280 shares of the Company’s common stock under the Company’s 2019 Equity Incentive Plan (the “Equity Plan”) at a strike price equal to the closing price of the Company’s common stock on the Grant Date (the “Time-Based Option”). The Time-Based Option will vest as follows: 25% on the first anniversary of the Grant Date and 75% in equal monthly installments over the three-year period commencing on such first anniversary, with accelerated vesting with respect to 50% of any then-unvested option shares upon the Company’s execution of a Strategic Agreement, as determined by the Board, and with accelerated vesting in full in the event of a “Change in Control” (as defined under the Equity Plan).

In addition, the Letter Agreement provides that during the period of his employment with the Company and for a period of two years thereafter, Mr. Floroiu will not compete anywhere in the world outside the State of California with the Company to develop, sell, market, or offer to sell products that are competitive with any products being developed or sold by the Company.

The foregoing descriptions of the Separation Agreement and the Letter Agreement are qualified in their entireties by reference to the full text of each agreement, which are attached as Exhibit 10.1 and Exhibit 10.2, respectively, to this Current Report on Form 8-K and incorporated in this Item 5.02 by reference.

On June 15, 2020, the Company issued a press release announcing the resignation of Dr. Latour and the appointment of Mr. Floroiu as Chief Executive Officer. A copy of the press release is attached to this Current Report on Form 8-K as Exhibit 99.1. 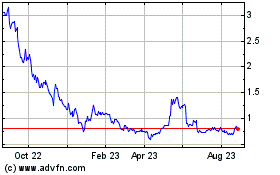 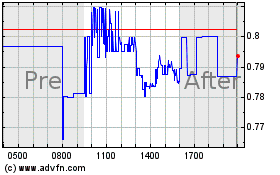