Zygel did not achieve statistical significance versus placebo in the primary endpoint of improvement in the Social Avoidance subscale of the Aberrant Behavior Checklist – Community FXS (ABC-CFXS). Zygel also did not demonstrate statistical significance versus placebo in the three key secondary endpoints, which were the change from baseline to the end of the treatment period in the Irritability subscale score of the ABC-CFXS, the Socially Unresponsive/Lethargic subscale score of the ABC-CFXS and Improvement in Clinical Global Impression (CGI-I).

A pre-planned ad hoc analysis of the most severely impacted patients in the trial, as defined by patients having at least 90% methylation (“full methylation”) of the impacted FMR1 gene, demonstrated that patients receiving Zygel achieved statistical significance in the primary endpoint of improvement at 12 weeks of treatment in the Social Avoidance subscale of the ABC-CFXS compared to placebo (p=0.020). This group comprised 80% of the patients enrolled in the CONNECT-FX study. The Company believes that full methylation occurs in approximately 60% of the overall FXS patient population. Based on this analysis, Zynerba intends to meet with the FDA regarding a regulatory path forward for Zygel.

“This study identified a key population of patients who appear to benefit from treatment of their behavioral symptoms of FXS with Zygel,” said Randi J. Hagerman, MD, an investigator in the clinical trial and Medical Director and Endowed Chair in Fragile X Research at UC Davis MIND Institute and Distinguished Professor at the Department of Pediatrics at UC Davis School of Medicine. “Zygel has the potential to be an important therapeutic option for the most severely impacted patients with Fragile X.”

“The results from CONNECT-FX identified a significant patient population who responded well to Zygel and may provide us with a pathway towards licensure,” said Armando Anido, Zynerba’s Chairman and Chief Executive Officer. “We intend to discuss the results of the study with the FDA as soon as possible. On behalf of the entire Zynerba team, I want to sincerely thank the patients, families and investigators who participated in this study as well as the National Fragile X Foundation, the FRAXA Research Foundation, and the Fragile X Association of Australia for their assistance in this study.”

Two hundred and forty-five (245) patients with Fragile X syndrome, confirmed with the full mutation of the FMR1 gene, were enrolled at 21 clinical sites in the United States, Australia, and New Zealand. Unknown to the patients and their caregivers, all patients were given placebo during the first two weeks (called a “placebo run-in” which is often used in neuropsychiatric clinical trials), and as a result 33 patients were not randomized. The remaining 212 patients were included in the Intent-to-Treat (ITT) population (Zygel: n=110; placebo: n=102) and were randomized to receive either trial drug or placebo for an additional 12 weeks. One patient did not receive study medication so 211 patients are included in the safety analysis (Zygel: n=109; placebo: n=102.) One patient did not have a post-baseline efficacy measure, resulting in 210 patients in the full analysis set (Zygel: n=109; placebo: n=101).

Select baseline demographics for the ITT population are as follows:

The results of CONNECT-FX in the full analysis population for the primary and key secondary endpoints are summarized below.

The Company performed a pre-planned ad hoc analysis of the ITT population (n= 212) to evaluate the effect of Zygel versus placebo according to severity of baseline disease as defined by patients having full methylation of the impacted FMR1 gene. Patients with genetically confirmed full mutation Fragile X and full methylation of their impacted FMR1 gene are generally the most severely impacted by the disorder. Within the CONNECT-FX trial, this was corroborated with patients in the analysis at baseline having higher anxiety, lower IQ, lower adaptive function, and more severe autism as compared to patients without a fully methylated FMR1 gene. One hundred and sixty nine (169) patients met the criterion of full methylation of the FMR1 gene. One patient was not treated and one did not have a post-baseline efficacy measure, resulting in 167 patients (Zygel: n=91; placebo: n=76).

Baseline demographics for patients with full methylation of the FMR1 gene are shown below.

The results of CONNECT-FX in the analysis set of patients with full methylation of the FMR1 gene across the primary and key secondary endpoints are summarized below.

Zygel was very well tolerated in CONNECT- FX, and the safety profile was consistent with previously released data from other Zygel clinical trials. No safety signal was identified. Approximately half (54%) of the 211 patients included in the safety population experienced a treatment emergent adverse event (any event, whether unrelated or related to study drug), all of which were mild or moderate. The frequency of treatment emergent adverse events was similar across treatment groups (58% of patients on Zygel, 50% of patients on placebo). There were no serious or severe adverse events reported during the study. There were seven total psychiatric disorder TEAEs, five of which were in the placebo group.

Zynerba management will host a live conference call and webcast today at 8:30 am Eastern Time to discuss the results of this clinical trial. The call can be accessed by dialing (866) 573-0180 (U.S. and Canada) or (430) 775-1345 (international) and referencing conference ID 9953448. To access the live webcast or the replay, visit the investor page of the Company’s website at http://ir.zynerba.com/. The webcast will be recorded and available on the Company’s website for 30 days.

FXS is caused by a mutation in FMR1, a gene which modulates a number of systems, including important effects on the endocannabinoid system, and most critically, codes for a protein called FMRP. This protein helps regulate the production of other proteins and plays a role in the development of synapses, which are critical for relaying nerve impulses, and in regulating synaptic plasticity. The FMR1 mutation manifests as multiple repeats of a DNA segment, known as the CGG triplet repeat. In most neurotypical people, the FMR1 gene correctly codes for the FMRP protein. In neurotypical individuals, there are CGG repeats, but these repeats only occur between 5 and 40 times. As a result, FMRP is manufactured at levels that enable control over behaviors like social avoidance and anxiety. In people with full mutation of the Fragile X gene, the CGG segment is repeated more than 200 times and in most cases causes the FMR1 gene to not function. However, the methylation of the FMR1 gene also plays a role in determining functionality of the gene. At greater than 90% methylation, which is considered “full methylation”, the FMR1 gene is silenced, therefore, no FMRP is produced, and the systems and processes that are expected to be affected by FMRP become dysregulated.

People with genetically confirmed full mutation Fragile X and full methylation of their FMR1 gene are generally the most severely impacted by the disorder.

About Zynerba Pharmaceuticals, Inc. Zynerba Pharmaceuticals is the leader in pharmaceutically-produced transdermal cannabinoid therapies for rare and near-rare neuropsychiatric disorders. We are committed to improving the lives of patients and their families living with severe, chronic health conditions including Fragile X syndrome, autism spectrum disorder, 22q11.2 deletion syndrome, and a heterogeneous group of rare and ultra-rare epilepsies known as developmental and epileptic encephalopathies. Learn more at www.zynerba.com and follow us on Twitter at @ZynerbaPharma. 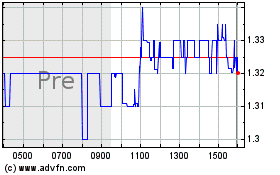