("Ukrproduct", the "Company" or, together with its subsidiaries, the "Group")

Ukrproduct, one of the leading Ukrainian producers and distributors of branded dairy foods and beverages (kvass), is pleased to announce the following trading update for the year ended 31 December 2018 ("FY 2018").

During FY 2018 the Ukrainian economy showed moderate growth, accompanied by wage inflation, which has helped consumer confidence. The Company continued focusing on cash generation while aiming to address opportunities in export markets, beverages and B2B, as well as expanding its dairy business.

Overall, the Group expects to report that its sales volumes have grown by 4%, including sales of branded products in its key packaged butter and processed cheese segments. However, both export sales volumes and revenue decreased due to the worldwide contraction of skimmed milk powder prices. Although the Company continued to capitalise on its spare dairy processing capacity by acquiring new B2B partners, Ukrproduct's B2B gross profit slightly decreased in 2018. Whilst gross profit of branded products showed substantial growth, it was unfortunately offset by losses caused by the decline in both skimmed milk powder and butter prices.

Sales of beverages significantly increased as a result of the Group's targeted marketing initiatives and the introduction of new drinks.

Ukrproduct's strategy going forward is to generate cash by improving the profitability of its key dairy product and beverage segments and to further enhance its working capital position.

The Group expects to boost its sales volume and revenue in 2019 by launching new products in its key business areas, introducing new marketing activities and capitalising further on export opportunities.

The information contained within this announcement is deemed by the Company to constitute inside information as set out in the Market Abuse Regulations (EU) No.596/2014 ("MAR") 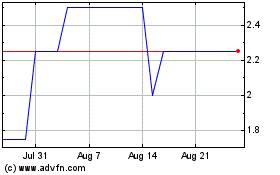 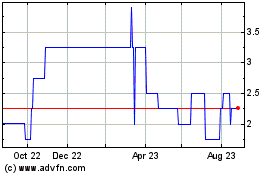 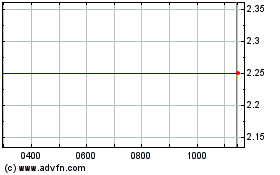