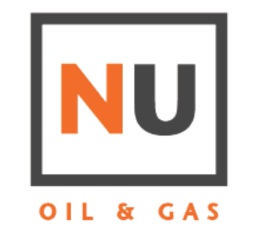 -- Nu-Oil announced several measures intended to prevent the Company from going into administration on 2(nd) October 2019. The measures were subsequently approved by shareholders on 4(th) November 2019, giving effect to the following outcomes:

- Sale of the Company's 50% interest in Marginal Field Development Company Limited (MFDevCo) to the RMRI group (the related party, including its principals, ('RMRI Group')), which held the remaining 50% interest in MFDevCo) in consideration for the settlement of all outstanding related party amounts owed

-- The Company's largest third-party debt was refinanced through the issue of GBP2.5 million of new Loan Notes to C4 Energy Ltd in place of the existing debt owing. The Loan Notes issued are unsecured, interest-free and have a five-year term, with repayment due at the end of term and a right to exercise conversion at any time

-- On 21(st) October 2019, the Company announced it had returned the equity held in Enegi Oil Inc. ('Enegi') to Enegi with immediate effect

-- The Company announced on 17 March 2020 that its focus going forward will be on environmental industries and since then has made good progress in evaluating potential targets in this sector. Further updates to Shareholders regarding further progress will be provided as and when appropriate

As announced on 4(th) November 2019, I became Chairman of Nu-Oil and Gas with a mandate to transform the Company structurally and financially in order to grow the value of the business. Given Nu-Oil's designated status as a cash shell, an acquisition will constitute a reverse takeover under the AIM Rules. The Company has, in recent weeks and months, particularly focused its efforts on the environmental industries sector and has made good progress in evaluating potential targets. The Company is confident in its ability to close a reverse takeover transaction in this particular sector and believes that it would provide an opportunity for diversification of risk away from the hydrocarbons sector which continues to be severely depressed. In addition to pursuing an acquisition, we continue to address and resolve many of the legacy issues carried over prior to the Company's restructuring.

At the start of the financial year, the Company had a cash balance of GBP58,000 with liabilities significantly more than the Company had resource to resolve at that time in the event they were called. During the six months which followed, the Company has implemented several vital and structural changes, notably:

Restructuring and refinancing of corporate debt

Prior to the Company's restructuring, announced 2(nd) October 2019, it was apparent that the Company's debt and liability position was not sustainable given the historic corporate performance. The restructuring and refinancing of the principal third-party debt by C4 Energy Limited (following the earlier acquisition of that debt from Shard Capital Management Limited) and the settling of liabilities owed to the RMRI group were essential to avoid the Company going into administration.

In settling amounts owed to the RMRI group, the Board recognised that, despite the Company's investment to date, MFDevCo had failed to generate any sustainable shareholder value and, in addition, was unlikely to do so in the near-term despite the cost burden to Nu-Oil. Consequently, the Company disposed of its interest in MFDevCo to the co-owner, RMRI, with the parties agreeing that net amounts owed by Nu-Oil to the RMRI group would constitute the consideration. With the divestment of MFDevCo, the Company was designated a cash shell and thereby ended its relationship with RMRI.

As announced on 21(st) October 2019, the equity interest in Enegi, the Canadian subsidiary in which the Western Newfoundland oil and gas licenses were held, was returned. This was an important step in cleaning up the Company and in redirecting the value opportunity for shareholders.

In the six months to 31(st) December 2019 and following the passing of the resolutions at the General Meeting on 4(th) November 2019, the Company raised gross proceeds of GBP500,000 through the issue of new ordinary shares. These proceeds have been used to settle several legacy liabilities and for working capital purposes.

In addition to the November fundraise and subsequent to the reporting date of these accounts, the Company raised a further GBP420,000 gross proceeds in January 2020, both to strengthen the Company's balance sheet and provide the necessary working capital during this cash shell phase.

Following the passing of the resolutions at the November General Meeting, the sale of the Company's 50% interest in MFDevCo became effective. As a result, the Company was designated an AIM Rule 15 cash shell. In practical terms, this means that the next transaction the Company secures will constitute a reverse takeover under the AIM Rules. The Company has until 4(th) May 2020 to announce such a transaction following which its shares will be suspended from trading on AIM pursuant to AIM Rule 40. The Company will then have a further six months to negotiate and undertake a reverse takeover acquisition before its shares would be cancelled from trading on AIM.

In light of the uncertainty triggered by the Covid-19 pandemic, the Stock Exchange has acknowledged and confirmed further time may be granted to companies to resolve the reason for suspension. Accordingly, the Stock Exchange will use its discretion to extend the period to 12 months for any AIM company that has been suspended between 30(th) September 2019 and 1(st) July 2020.

The Company remains in a critical phase of its turnaround and recovery and shareholders should be aware that, whilst the Company is confident in its ability to announce a reverse takeover transaction within the timeframe, there can be no guarantee of such occurring.

Finally, on behalf of the Board, we would like to thank all our shareholders for their patience and continued support at this time.

CONSOLIDATED STATEMENT OF CHANGES IN EQUITY

NOTES TO THE INTERIM RESULTS

Nu-Oil and Gas plc (the 'Company' and together with its subsidiaries, the 'Group') is a company incorporated in England on 13 September 2007 and has registered address of Audley House, 13 Palace Street, London, SW1E 5HX. The Group is domiciled in the UK for tax purposes and its shares are quoted on the Alternative Investment Market ('AIM') of the London Stock Exchange.

The accounting policies adopted here are consistent with those of the previous financial periods.

Loss per share amounts are calculated by dividing the loss for the year by the weighted average number of common shares in issue during the year.

The Group's other receivables at 30(th) June 2019 related to services provided to MFDevCo as part of its marginal field strategy. These amounts settled by way of offset against amounts owed to RMRI as a part of the reorganisation announced in October 2019. As a part of that reorganisation, the Group has no obligations to contribute to any excess losses or creditors that reside within MFDevCo. As a result, the impairment provision in 2018 was reversed at the end of the last financial year and released in the current period.

The accrual owing to the RMRI group was included in Group's accruals as an Application for Payment. Applications for Payment are used where there is uncertainty with respect to timing of payment to avoid generating a VAT liability for the service provider until payment is made.

The Company continued to accrue interest on the Shard loans on a simple interest basis and, at 30 June 2018, the carrying amount of the loan was GBP1.643 million. For the period ended 30 June 2019, the interest accrued was based on the amount agreed after the end of the year resulting in interest expense for the year of GBP776,000.

Following 30(th) June 2019 year end, the Company was informed by Shard Capital Management Limited ('Shard') that it had sold the loan to C4 Energy Ltd ('C4'), a UK incorporated private company. Non-Executive Chairman Jay Bhattacherjee and Non-Executive Director Andy Dennan are shareholders of C4. Following the sale of the debt, the Company granted C4 loan notes to the value of GBP2,500,000 in GBP10,000 denominations. The Loan Notes are unsecured, interest free and have a five-year term, with repayment due at the end of term. In addition, the loan notes have conversion rights at any time at a price of 0.05 pence per ordinary share, although they contain a restriction preventing conversion of such amount that would result in C4 holding more than 29.9% of the Company's issued share capital from time to time. 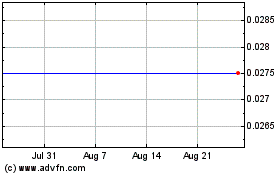 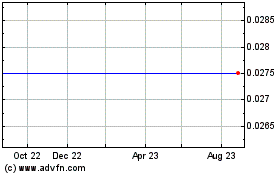 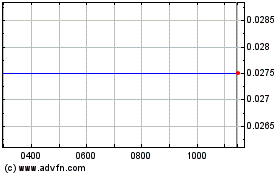