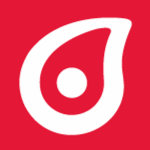 ("Hurricane" or the "Company")

Hurricane Energy plc, the UK based oil and gas company focused on hydrocarbon resources in naturally fractured basement reservoirs, announces changes to the Company's board of directors ("Board") and provides an operational update.

Dr Robert Trice has resigned as Chief Executive Officer and a director of Hurricane by mutual agreement with the Board. Dr Trice will remain available to assist the Company during a transition period of six months.

Beverley Smith has been appointed Interim Chief Executive Officer. Ms Smith had a successful 30 year career with BG Group and has been a non-executive director of the Company since December 2019. She brings a wealth of production geology and field development leadership experience in the UK and internationally, which will be invaluable as the Company continues its transition from pure exploration towards a maturing production company.

Roy Kelly, who has been the Kerogen nominated non-executive director since 2016, has stepped down from the Board and has been replaced with immediate effect by Dr Alan Parsley, a member of the Advisory Board of Kerogen Capital. Dr Parsley is a geologist with over 50 years' experience in the oil and gas industry, primarily at Shell where he held senior positions including Global Head of Exploration, Head of New Business Ventures and E&P Planning, Chief Executive of Syria Shell and Chairman of Shell Australia.

Jason Cheng has stepped down from his Alternate Director position in relation to Kerogen's nominated director. Leonard Tao will continue in this role, acting as alternate to Dr Parsley.

These changes to the Board have taken place with immediate effect. Biographies of Beverley Smith, Dr Alan Parsley and Richard Chaffe are included at the end of this announcement and are also available on the Company's website at www.hurricaneenergy.com .

An Environmental, Social, and Governance ("ESG") Committee of the Board has also been established to oversee and report on the impacts of Company operations and products. The Board recognises the importance of embedding ESG considerations into Company strategy, to justify our societal licence to operate and improve sustainability, as well as future financial performance.

Well 205/21a-6 has been producing on its own since 17 May 2020 at a steady rate of c.10,300 bopd with a stable water cut of approximately 8%. In line with the Company's previously announced testing programme for the 205/21a-6 well, on 5 June 2020, the choke size was increased, resulting in a production increase to c.12,000 bopd. The well will continue to be monitored, with further incremental increases in production possible depending on observed performance, in order to determine its optimal sustainable rate.

Given the challenges experienced in sustaining the target plateau production rate of 18,000 bopd net from the existing two well configuration on natural flow, the Technical Committee will conduct a review of all available information, including recent dynamic performance data, and will re-examine the full range of possible geological and reservoir models. Any revised interpretations will be factored into an updated Competent Person's Report, which the Company currently anticipates will be released no later than the end of Q1 2021.

Given the difficult macroeconomic backdrop and the need to strengthen the Company's balance sheet, the Board is keenly focused on the need to increase production, whilst also keeping capital expenditure focused and to a minimum. Principal among the near-term tasks of the Interim Chief Executive Officer will be to propose a revised forward activity programme in support of those objectives. The forward activity programme will be based on a prudent interpretation of field performance to date, including, for conservatism, the possibility of a shallower oil water contact. The Company will provide an update on the forward activity programme, including scope, objectives, costs and timing, once it is adopted by the Board.

" The Board commends Dr Trice's pioneering efforts to explore the viability of the unique basement oil play west of the Shetlands. His dedication over a period of 16 years has built Hurricane into a recognised UK operator today, culminating in the outstanding success of delivering first oil in May 2019.

"As we move into a phase where the focus is on enhancing production, I am very pleased that Beverley has taken on the role of Interim CEO where her extensive subsurface and development experience will be of huge benefit to the Company.

"In evaluating options for the forward work programme against an uncertain macroeconomic backdrop, we will prioritise early low-cost production with the capital discipline needed to achieve financial resilience."

Hurricane was established to discover, appraise and develop hydrocarbon resources associated with naturally fractured basement reservoirs. The Company's acreage is concentrated on the Rona Ridge, in the West of Shetland region of the UK Continental Shelf.

The Lancaster field (100% owned by Hurricane) is the UK's first producing basement field. Hurricane is pursuing a phased development of Lancaster, starting with an Early Production System consisting of two wells tied-back to the Aoka Mizu FPSO. Hydrocarbons were introduced to the FPSO system on 11 May 2019 and the first oil milestone was achieved on 4 June 2019.

In September 2018, Spirit Energy farmed-in to 50% of the Lincoln and Warwick assets, committing to a phased work programme targeting sanction of an initial stage of full field development.

Ms Smith is a chartered geologist and an accomplished business leader with more than 30 years' experience in the upstream oil and gas sector, having delivered a portfolio of achievements in a successful international career with BG Group, most recently as Vice President Exploration & Growth for Europe. Ms Smith has a background in development and production geology and subsurface management, notably in Trinidad (Hibiscus, Poinsettia and Ixora Fields), Tunisia (Hasdrubal Field) and various operated developments in the U.K. including Mercury, Neptune, Minerva, Apollo, Fleming, Drake and Jackdaw Fields and other non-operated developments. Ms Smith is currently the President of the Petroleum Exploration Society of Great Britain and holds a B.Sc. in Geology and an M.Sc. in Petroleum Geology.

Mr Chaffe is a Chartered Accountant with over 10 years' experience in the industry in the UK. Before joining Hurricane as Head of Finance, he was Finance Director of the UK subsidiary of EOG Resources Inc., an independent oil and gas exploration and production company with a market value of over $35 billion. Prior to this, he worked for Ernst & Young for nine years, split between client facing work and working as part of an audit quality team within the London office.

Dr Parsley is a geologist with over 50 years' experience in the oil and gas industry, primarily at Shell where he held senior positions including Global Head of Exploration, Head of New Business Ventures and E&P Planning, Chief Executive of Syria Shell and Chairman of Shell Australia. He currently serves on the Advisory Board of Kerogen Capital and holds non-executive roles on a number of Kerogen portfolio companies, including Chairman of both Zennor Petroleum and Pandion Energy and board member of Buried Hill Energy. He formerly served as a Shell nominee director of the Boards of Al Furat Petroleum Company and Woodside Petroleum Ltd. and was a member of the Court of Heriot-Watt University from 2005 to 2011. Dr Parsley graduated from the University of Edinburgh and holds a BSc and a PhD in Geology.

Alan John Parsley, aged 76, has held the following directorships and/or partnerships in the past five years:

Petroceltic International plc, a company in which Dr Parsley was a director was placed into examinership by the High Court of Ireland on 15 June 2016.

Richard Paul Chaffe, aged 42, has not held any directorships in the past five years.

There are no further disclosures required to be made pursuant to Schedule 2 paragraph (g) of the AIM Rules. 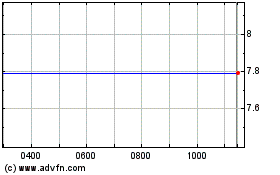