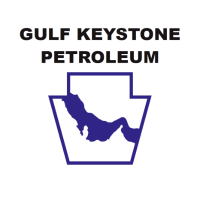 Report on Payments to Governments for 2019

This report sets out details of the payments made to governments by Gulf Keystone Petroleum Ltd and its subsidiary undertakings ("Gulf Keystone") for the year ended 31 December 2019 as required under Disclosure and Transparency Rule 4.3A issued by the UK's Financial Conduct Authority ("DTR 4.3A") and in accordance with The Reports on Payments to Governments Regulations 2014 (as amended in 2015) ("the UK Regulations") and our interpretation of the Industry Guidance on the UK Regulations issued by the International Association of Oil & Gas Producers. DTR 4.3A requires companies listed on a stock exchange in the UK and operating in the extractive industry to publicly disclose payments to governments in the countries where they undertake exploration, prospection, discovery, development and extraction of oil and natural gas deposits or other materials.

Total payments below GBP86,000 made to a government are excluded from this report, as permitted under the UK Regulations.

Royalties represent royalties paid in-kind to governments during the year for the extraction of oil. The terms of the royalties are described within the Shaikan PSC. Royalties have been calculated on the same basis as production entitlements.

These include licence fees, rental fees, entry fees, capacity building payments, security fees and other considerations for licences or concessions.

These include payments for infrastructure improvements, whether contractual or otherwise, such as roads, other than in circumstances where the road is expected to be primarily dedicated to operational activities throughout its useful life.

(1) All of the crude oil produced by Gulf Keystone was sold by the KRG. All proceeds of sale were received by or on behalf of the KRG, out of which the KRG then made payment for cost oil and profit oil in accordance with the Shaikan PSC to Gulf Keystone, in exchange for the crude oil delivered to the KRG. Under these arrangements, payments were made by or on behalf of the KRG to Gulf Keystone, rather than by Gulf Keystone to the KRG. However, for the purposes of the reporting requirements under the UK Regulations, we are required to characterise the value of the KRG's production entitlements under the Shaikan PSC (for which the KRG receives payment directly from the market) as a payment to the KRG.

(4) Per the updated Crude Oil Sales Agreement (dated 26 February 2019 and valid until 31 December 2020), road tax is payable on export sales of Shaikan crude oil transported by road from 1 January 2019 until 31 December 2019 at $7/ton. The road tax was paid in kind, as the value of the road tax was deducted in calculating the value of production entitlements payable by the KRG to Gulf Keystone. From January 2020, all oil was transported via pipeline.

(5) No cash payments were made by Gulf Keystone to the KRG. Instead, the value of these fees has been accrued and will be settled with the KRG upon finalisation of the second PSC amendment.

Gulf Keystone Petroleum Ltd. (LSE: GKP) is a leading independent operator and producer in the Kurdistan Region of Iraq. Further information on Gulf Keystone is available on its website www.gulfkeystone.com

This announcement contains certain forward-looking statements that are subject to the risks and uncertainties associated with the oil & gas exploration and production business. These statements are made by the Company and its Directors in good faith based on the information available to them up to the time of their approval of this announcement. Such statements should be treated with caution due to inherent risks and uncertainties, including both economic and business factors and/or factors beyond the Company's control or within the Company's control where, for example, the Company decides on a change of plan or strategy. This announcement has been prepared solely to provide additional information to shareholders to assess the Group's strategies and the potential for those strategies to succeed. This announcement should not be relied on by any other party or for any other purpose. 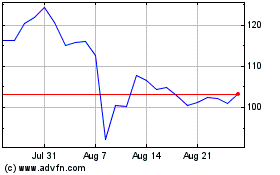 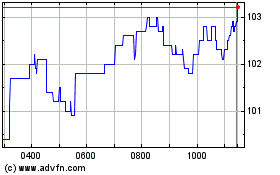