The proportion of the Fund's NAV at 30 June 2020 represented by the ten largest shareholdings, other investments and cash (including accruals), was as follows:

*Board Intelligence Ltd is a private company and its shares are not listed on a stock exchange. Therefore, the percentage held is not disclosed.

Investment adviser's commentary on the portfolio

During the quarter, De La Rue announced a GBP100 million equity fundraise and released its results for the year ended March 2020 along with further detail about the new management team's turnaround plan. The Serious Fraud Office announced the closure of its investigation into De La Rue, first made public in July 2019.

The results announcement made clear that underlying demand for De La Rue's key products and services, in both the Currency and Authentication divisions, has remained strong throughout the period when the broader economy has been adversely affected by the coronavirus pandemic. Indeed, the company has identified new areas of opportunity in this environment, such as the authentication of COVID-19 protection kits and the development of its own proprietary immunity certification scheme, with the company recently confirming that it is in discussions with governments to sell these solutions. Between the start of its new financial year in April and the results announcement on 17 June, the Authentication division won contracts with a combined lifetime value above GBP100m.

De La Rue was able to deleverage materially during the second half of its year. This was due to completion of the sale of its International Identity Solutions business, combined with a stronger underlying free cash flow performance than in the first half. Its pension scheme also moved into a position of accounting surplus during the second half: GBP65 million at the end of March. Notwithstanding these positive developments, an equity fundraise was ultimately required as a direct consequence of the "material uncertainty" noted in the interim results released in November 2019, which had resulted from what we consider to be poor management by the previous leadership team. Whilst the scale of the fundraise has arguably left the company with an under-geared balance sheet, it has resulted in several positive developments including an improved pension funding schedule, an extension of its financing facilities until December 2023 and, most significantly, a fully funded three-year turnaround plan.

The Fund is pleased to note that, by exposing and highlighting the failures of prior management, it accelerated the departures of the former Chief Executive and Chairman and enabled the new leadership to take decisive actions to maximise growth opportunities in both Currency and Authentication and to remove excess cost from the business.

De La Rue has now emerged with an almost debt-free balance sheet. It still enjoys a 30% global market share in banknote printing, which positions the Currency division to accelerate and fully capitalise on the structural shift towards polymer notes. The higher-margin Authentication business is growing rapidly.

The Fund believes that De La Rue's current valuation of less than one times revenue reflects neither the operational upside made clear in the detailed disclosure of the three-year turnaround plan, nor its strategic value when compared to previous deals within the sector priced at around two times expected revenue.

Over the quarter, De La Rue's share price increased by 149%, adjusted for the open offer priced at 110p per share.

COVID-19 has placed the need to tackle obesity and diabetes at the top of the public health agenda. These two conditions are key contributors to mortality outcomes in Covid-19 patients. Both remain poorly treated by pharmacotherapy and invasive bariatric surgery. GI Dynamics brings a treatment with a wealth of data confirming efficacy and safety.

Over the period, the company initiated steps to delist from the Australian Stock Exchange, which was completed earlier this month. A private company set-up will be more appropriate to GI Dynamics' stage of development, as it pursues its key goals: CE Mark accreditation and the US clinical trial.

After the period-end, the Fund converted its 2017 senior secured loan note into equity. The combined principal and accrued interest of USD5.4 million has converted at the 5-day volume weighted average price. This, together with the delisting, should simplify the company's corporate structure and reduce the company's cost base.

Over the period, the company's Early Production System ("EPS") experienced an increased water cut. In one of its two wells, the 7z, production became unstable and had to be suspended. As a result, the company suspended its production guidance for 2020 of 17,000 net barrels per day for the year. Shares sold off as investors contemplated the potential impact on redeeming the $230 million convertible loan note in July 2022, in the context of capital projects over the next two years that may be required by the regulator.

Hurricane replaced its Chief Executive in June. The company is now undertaking a reassessment of its reservoir model. This technical work is expected to take three months and conclude in time for the company's interim results in September. A potential outcome has been flagged: a shallower oil-water contact, which could explain the increased water cut. Whilst this would reduce the size of the reservoir, it would also eliminate the case for the commitment wells. This should reduce capital expenses and allow the company to focus on optimising the EPS.

In view of the effects of COVID-19, there is currently uncertainty as to the timing and quantum of dividend receipts. The directors are also mindful that the composition of the portfolio is likely to produce lower dividend receipts than in the past. Accordingly, the directors have concluded that a decision on the interim dividend should be deferred until later in the year.

Transactions in Own Shares

During the quarter, the Fund bought back a total of 683,000 of its own ordinary shares at an average price of 73.99p per share as part of its buyback programme. 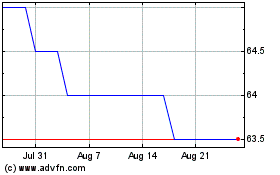 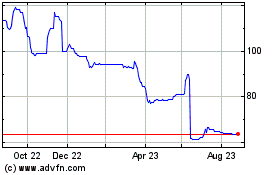 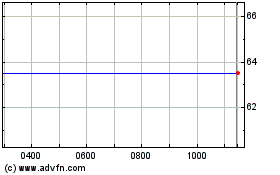