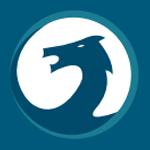 Beowulf (AIM: BEM; Spotlight: BEO), the mineral exploration and development company, announces the Company has sent a letter from its CEO, Kurt Budge, to Sweden's Minister of Enterprise and Innovation, Ibrahim Baylan, concerning the status of Beowulf's Kallak application.

The letter is reproduced in full below.

On 8 June 2021, Beowulf Mining was notified by the Finansinspektionen, Sweden's financial supervisory authority, whose role is to promote stability and efficiency in Sweden's financial system as well as to ensure sustainability and an effective consumer protection, of UNESCO's letter regarding our Kallak Iron Ore Project ("Kallak") dated 2 June 2021.

Finansinspektionen wrote that UNESCO's letter had been in the hands of members of the Swedish public (including elected Sami officials) for several days, with associated posts on social media.

At the time, Beowulf had not received a copy of UNESCO's letter, but as the information was already in the public domain, with no explanation of its significance the market reacted strongly, left to draw its own conclusions. The Company's share price fell over 10 per cent last week.

During the last six years, there have been several occasions where 'market sensitive' information has been made public before Beowulf has been informed. Each time damage has been caused to the Company's share price, individual's investments, including Swedish shareholders who now own 72 per cent of the Company, and Sweden's reputation as a country in which to do business.

It is the Company's experience that often public agencies do not understand what constitutes 'market sensitive' information or recognise the obligations of a public company to its shareholders and the equity markets. Once again, the Company is left to deal with the aftermath.

Since our application was returned to the Government in the middle of 2017, there has been no transparent or predictable process, and the UNESCO letter demonstrates an absence of control or duty of care to Beowulf and its shareholders.

In your letter to the Company dated 30 September 2019, you stated that a decision by the Government was 'forthcoming'.

In Norrbotten, we see downstream projects, HYBRIT and H2GreenSteel, getting permitted in a couple of years, whereas there is no similar consideration/treatment for unlocking secure and sustainable upstream supply that can ensure the integrity of a fossil-free supply chain. It makes no sense.

The Company has written to you many times about the positive contribution that Kallak would make to Jokkmokk Municipality. On 21 May 2019, we met with the State Secretary in Stockholm, who closed the meeting saying that the Government understood the importance of Kallak to Jokkmokk. Despite these words and The January Agreement nothing has been done to help Jokkmokk.

It is inaccurate to say that the Kallak case is complex because of competing interests, as an excuse for delaying a decision. National interests are a distraction. The evidence shows that mining and reindeer herding coexist across Sweden, in the very few places you actually find an operating mine, as there are only 12 in the Country.

Beowulf has satisfied the procedural and legal requirements to be granted the Concession and has the right to progress with its investment, project development and environmental permitting. This has been the case since Bergsstaten recommended to the Government that the Concession be awarded over 5.5 years ago.

We could have been in production now. With benchmark iron ore prices at over $200/tonne, Jokkmokk should have already been on the road to realising its economic transformation. The opportunity cost to stakeholders in Jokkmokk and Beowulf shareholders is considerable.

During the last few months, you have said that a decision on Kallak will be made once UNESCO comments are received. This was also stated in a debate in parliament with Lars Hjälmered (Interpellationsdebatt 2020/21:198 Tillståndsprövningen gällande Laver och Kallak) where you said that "vi får deras synpunkter [UNESCO's] och därefter kan gå till beslut. Då är det färdigberett, och då är också min bedömning att det beslut som regeringen fattar håller rättsligt."

When is the decision on the Concession for Kallak North to be taken, as Beowulf has work to do?

Statements and assumptions made in this document with respect to the Company's current plans, estimates, strategies and beliefs, and other statements that are not historical facts, are forward-looking statements about the future performance of Beowulf. Forward-looking statements include, but are not limited to, those using words such as "may", "might", "seeks", "expects", "anticipates", "estimates", "believes", "projects", "plans", strategy", "forecast" and similar expressions. These statements reflect management's expectations and assumptions in light of currently available information. They are subject to a number of risks and uncertainties, including, but not limited to , (i) changes in the economic, regulatory and political environments in the countries where Beowulf operates; (ii) changes relating to the geological information available in respect of the various projects undertaken; (iii) Beowulf's continued ability to secure enough financing to carry on its operations as a going concern; (iv) the success of its potential joint ventures and alliances, if any; (v) metal prices, particularly as regards iron ore. In the light of the many risks and uncertainties surrounding any mineral project at an early stage of its development, the actual results could differ materially from those presented and forecast in this document. Beowulf assumes no unconditional obligation to immediately update any such statements and/or forecast . 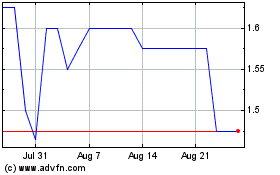 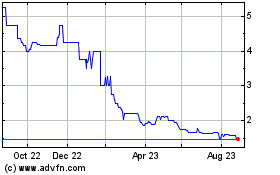 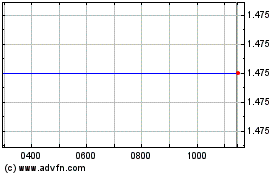