Parties are haggling over satellite-network ownership restrictions and other conditions

Negotiations to complete the merger of T-Mobile US Inc. and Sprint Corp. are dragging on as the parties haggle over ownership restrictions and other conditions for Dish Network Corp. once it gets assets from the wireless companies, according to people familiar with the matter.

Discussions are continuing, and all sides remain optimistic they can find common ground on the ownership question and other issues to complete the more than $26 billion merger, the people said.

T-Mobile and Sprint are planning to extend their merger agreement past its July 29 deadline, one of the people said. It would be the second such extension to close a deal that was announced more than a year ago and has run into resistance from federal and state antitrust officials.

The Justice Department has overseen several weeks of negotiations designed to ensure the merger of the third- and fourth-biggest cellphone carriers by subscribers won't lessen competition. Dish, a satellite-TV provider with an ample stockpile of spectrum licenses, has emerged as the favorite to acquire divested assets from the merging companies to develop a new wireless network.

One issue frustrating negotiators in recent days is potential limits on who could own or later buy a part of the new Dish wireless network, which has pushed back on potential ownership caps and change-in-control restrictions, the people said. The company's chairman, Charlie Ergen, owns more than 51% of Dish shares and has a special class of stock that gives him control over 91% of the vote.

T-Mobile and parent Deutsche Telekom AG are seeking to impose ownership limits to prevent the satellite-TV company from turning around and selling parts of the wireless business won through the divestiture process to a cable or technology company, the people familiar with the matter said. The parties have also discussed restrictions on how much traffic Dish can send over the new T-Mobile's network, one of the people said. CNBC previously reported on both issues.

Dish and the cellphone carriers have mostly agreed in principle to a broad deal that would transfer spectrum licenses, prepaid phone customers and other assets to the satellite company. Dish would also get a multiyear agreement to use the wireless companies' network while it builds dedicated infrastructure, some of the people said.

The Justice Department has made its blessing contingent upon the companies shedding enough assets to form a fourth competitor strong enough to vie with giants Verizon Communications Inc., AT&T and the new T-Mobile. Each of those three would have roughly 100 million subscribers or more after the merger.

The deal would help protect more than $21 billion of wireless spectrum licenses Mr. Ergen has amassed in recent years by putting them to work on a customer base. The Federal Communications Commission could rescind some of the licenses if they aren't put to use soon.

The arrangement also could save T-Mobile and Sprint's all-stock merger, which the companies unveiled in April 2018 after several years of failed attempts to combine. FCC Chairman Ajit Pai in May said his commission would support the deal, but the Justice Department's antitrust division hasn't blessed it yet, and the outcome will likely depend on whether the companies can resolve the remaining issues to the department's satisfaction.

Several state attorneys general sued last month to block the merger, arguing that the proposed tie-up would leave cellphone customers with less competition for their business. T-Mobile plans to contest the lawsuit in a trial set to start Oct. 7.

--Sarah Krouse contributed to this article.

Write to Drew FitzGerald at andrew.fitzgerald@wsj.com and Brent Kendall at brent.kendall@wsj.com 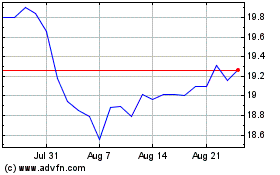 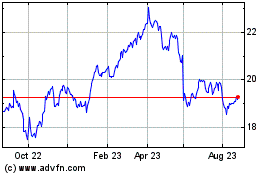 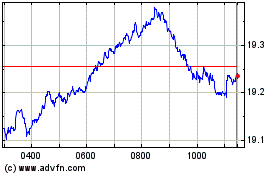