BERLIN -- The global auto market is splitting three ways, complicating efforts by the industry's main players to recover from their deepest crisis in years.

While sales in post-lockdown China are showing signs of recovery, they are continuing to fall in the U.S., according to company and industry data released in recent weeks. The data also show that Europe is becoming the world's weakest-performing auto market.

This lopsided recovery is putting extra stress on an industry that was already struggling with softening demand and soaring technology costs before the coronavirus pandemic hit.

And while persistently weak demand, particularly in Europe, is pushing some manufacturers to join forces, the recovery in China is helping those car makers with substantial business there.

"Those manufacturers relatively more exposed to China will be in a better position -- or not as bad a position -- than those where their footprint is skewed away from China," said Jonathon Poskitt, an analyst at forecasting group LMC Automotive.

Fresh sales data from German luxury-car maker BMW AG on Tuesday illustrate the industry's new world map. In China, BMW sold 212,617 cars in the second quarter, up 17% from a year earlier. In the same period, sales fell 40% in the U.S. and 46% in Europe.

This is a different picture from just a year ago. Back then, global manufacturers with large China businesses such as Volkswagen AG and General Motors Corp. were struggling with a slowdown in demand in this market at the same time they faced rising investment costs linked to the transition to electric vehicles.

Now, after being hit first by the pandemic and the associated slump, China is also first to emerge on the other side. By April, China was nearly back to pre-Covid-19 sales levels and posted year-over-year growth of 6% in May. The China Association of Automobile Manufacturers said last week on its WeChat page that preliminary figures showed June new-car sales had risen 6.3% to 2.28 million vehicles.

In the U.S., auto makers reported sharp drops in second-quarter sales, despite discounts and cheap financing. General Motors Co. posted a 34% drop in sales in the period, but said demand had begun to pick up in May and June. Toyota Motor Corp.'s sales in the U.S. fell by about one-third, and Fiat Chrysler Automobiles NV reported a 39% decline in U.S. sales.

Altogether, Ward's Auto, an automotive-research group, has forecast that roughly 1.1 million light vehicles were sold in the U.S. last month, a decline of 27% from a year earlier.

In Europe, new-car sales were down 57% in May, an improvement on the 78% drop in April, when major markets such as the U.K., Spain and Italy barely sold any new cars. Still, May's weak performance, which was worse than the U.S., suggests to some observers that Europe will be the last to emerge from the crisis even though it began reopening its economy before the U.S. did.

The European Automobile Manufacturers' Association recently slashed its forecast for 2020, saying European new-car sales would fall 25% to fewer than 10 million vehicles. Analysts have said it could take Europe several years to get back to pre-Covid-19 volumes of new-car sales. This slowdown in sales means any manufacturer dependent on profit from Europe could have a harder time recovering as rivals with strong businesses in China or the U.S. pull ahead.

Economists expect Europe to get a boost from government efforts to spur sales, including incentive programs in Germany, France and other countries as well as Berlin's decision to lower value-added taxes for the next six months. But that might not be enough, given Europe's aging population, widespread car ownership and historic reluctance to make big-ticket purchases in uncertain times.

With analysts estimating that the industry now has at least 30% overcapacity, it might be hard for companies to generate the profits needed to repay the more than $1 trillion in debt they amassed to stave off insolvency early in the pandemic.

Calum MacRae, an automotive analyst at research firm GlobalData, said recent sales data suggest that April was likely the trough in new-car sales, but the deeper damage to auto makers isn't yet visible.

"The coming months will reveal the extent of economic scarring," Mr. MacRae said.

With unsold cars piling up on lots, Volkswagen said last week that it was scrapping plans to build a new factory in Turkey. And Mercedes-Benz, owned by Daimler AG, said it was putting its Hambach factory, in France's Lorraine region, up for sale.

Analysts see smaller or financially weaker companies -- some of which were struggling even before the pandemic -- as particularly vulnerable, unless they can find stronger partners.

"All of the smaller companies, but even a giant like VW, realize they have to gain size because they do not have critical mass," said Elmar Kades, senior Alix Partner executive and head of the firm's Germany automotive consultancy. "Wherever you don't have critical mass you'll have consolidation."

In January 2019, Volkswagen and Ford Motor Co. said they were in talks to form a global alliance to develop self-driving-car software and share some utility-vehicle and electric-car technology. They closed the $2.6 billion deal last month.

Fiat Chrysler and PSA Group SA also stepped up efforts to seal their merger. Fiat Chrysler Chairman John Elkann, scion of the Agnelli family that controls Fiat, told shareholders last week that he was pressing ahead to complete the deal on schedule.

"The Covid-19 crisis has further underlined the compelling logic of this merger," he said.

Write to William Boston at william.boston@wsj.com 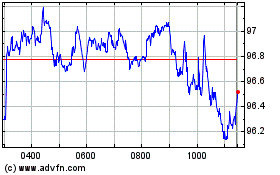