Bayer AG said its scientists discovered the building block for a new herbicide, at a time when the company's existing weedkillers face legal and regulatory challenges.

The German seed-and-pesticide supplier said it identified a chemical molecule that has proved effective against grasses that have evolved to survive other herbicides, including Bayer's Roundup, the world's top-selling weedkiller. Roundup has for years been losing effectiveness against a rising number of weed species and is the focus of tens of thousands of lawsuits alleging a cancer link, which Bayer is contesting.

Bayer and its rivals are racing to identify and develop new chemical weedkillers after a roughly-three-decade drought in new herbicide discoveries. A decade might pass before Bayer could market its discovery as a new herbicide, Bayer said, since it would require development and regulatory reviews. Bayer said the discovery nevertheless marks a step toward a valuable new agricultural tool, after chemical makers and farmers for decades have relied on existing chemical compounds.

"It's not like anything else that exists in herbicides," said Dr. Bob Reiter, Bayer's head of agricultural research and development.

Bayer's $5 billion herbicide business is ensnared in tens of thousands of lawsuits filed by plaintiffs alleging that Roundup caused their cancer. The company is contesting those claims, pointing to safety endorsements by regulatory bodies such as the U.S. Environmental Protection Agency, which last month again said Roundup was safe. The company lost the first three cases to go to trial, however, and some countries, including Germany, have moved to ban the herbicide.

Rising research costs and lengthier regulatory reviews played into the lull in developing new herbicides, as did Roundup's rise to ubiquity in the 1990s. The introduction of crops genetically engineered to survive Roundup and other weedkillers based on the active ingredient glyphosate, made it U.S. farmers' default spray and led to a lapse in new herbicide research, according to a 2019 paper by Colorado State University Prof. Franck Dayan.

As Roundup's use soared, weeds evolved to survive it. Swiss pesticide maker Syngenta estimates that glyphosate-resistant weeds will afflict 70% of U.S. soybean fields this year.

Bayer and Corteva Inc., another top seed and chemical supplier, are marketing new herbicide-and-seed combinations to beat back such problem weeds.

Those sprays are based on chemical compounds discovered decades ago, and agricultural researchers have said resistant weeds could overpower those herbicides too. Bayer's XtendiMax spray, based on the chemical dicamba and approved for sale in 2016, has been blamed for drifting across fields and damaging millions of acres of crops. The company has attributed the majority of complaints to farmers' own spraying errors.

BASF is preparing to launch this year in Australia what the company said is a new chemical for killing ryegrass. FMC Corp. in 2019 said that in several years it plans to launch a new herbicide for rice farmers battling herbicide-resistant weeds.

Bayer's newly identified compound is effective against ryegrass and other grasses threatening corn and soybean fields, Dr. Reiter said. Company researchers are working to engineer biotech seeds for such crops as corn, soybeans and cotton that could resist the spray. The potential to develop new sprays and biotech seeds simultaneously was a major factor in Bayer's $63 billion acquisition of Monsanto in 2018.

While the new herbicide appears to be effective against grasses that can survive Roundup, Dr. Reiter said it wouldn't replace Roundup's capacity to kill dozens of weed species.

Write to Jacob Bunge at jacob.bunge@wsj.com 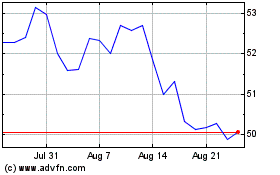 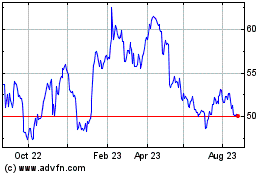 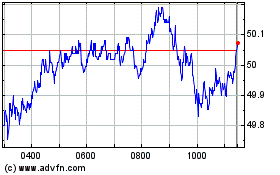