BASF SE's first-quarter sales rose 16% on year to EUR19.4 billion, but all segments were dampened by currency effects, mostly due to a weaker U.S. dollar and Brazilian real.

The German chemicals company had assumed the euro would average $1.18 against the dollar in the first quarter.

Barring a few days at the end of March, the euro traded above $1.18 for that period and was above $1.20 for most of January and February. Its closing level on March 31 was $1.1731, according to FactSet.

"Currency effects of minus 6 percent were mainly related to the devaluation of the U.S. dollar as well as the Brazilian real," a BASF spokesman tells Dow Jones, adding these were most pronounced in the Surface Technologies and in Agricultural Solutions segments.

Sales in the Agricultural Solutions segment rose 1% to EUR2.8 billion as volumes were above the prior-year quarter in all regions and higher price levels also had a positive effect, but negative currency effects had an offsetting impact, mainly due to the Brazilian real, the spokesman said.

Sales in the Nutrition & Care segment were down 3% on year, mostly due to the U.S. dollar.

The company declined to give a figure for its first-quarter assumption on the Brazilian real, which has lost more than 2% against the euro since the start of the year, according to FactSet. 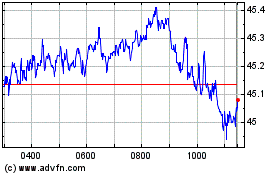