Vaycaychella has launched a short-term vacation rental business that connects individuals looking to acquire and operate vacation prosperities with investors outside the traditional banking market to back the acquisition and operation.

Vaycaychella has its first handful of short-term vacation properties already in house and is launching a peer2peer application to grow the business.

When the company made its first announcement last week on Tuesday November 10th,  it seemed to strike a chord within the overall enthusiasm surrounding the coming Airbnb IPO.  The stock price increased dramatically from $0.006 to $0.03 trading nearly 200 million shares in volume for the day.

The next day, on Wednesday, November 11th, the company traded more than its issued and outstanding again reaching 100 million shares in trading volume.  The PPS pulled back the second day closing at $0.013. 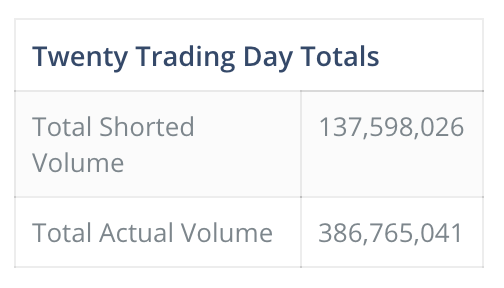 A high percentage of the daily trading volume since the Tuesday and Wednesday trading days last week continues to include short sales.  The perpetuating short sales are likely a tactic to hold back another PPS run while the short sales are covered.

But wait … there are more short sales than there are shares.  Covering that short position is going to be a trick. 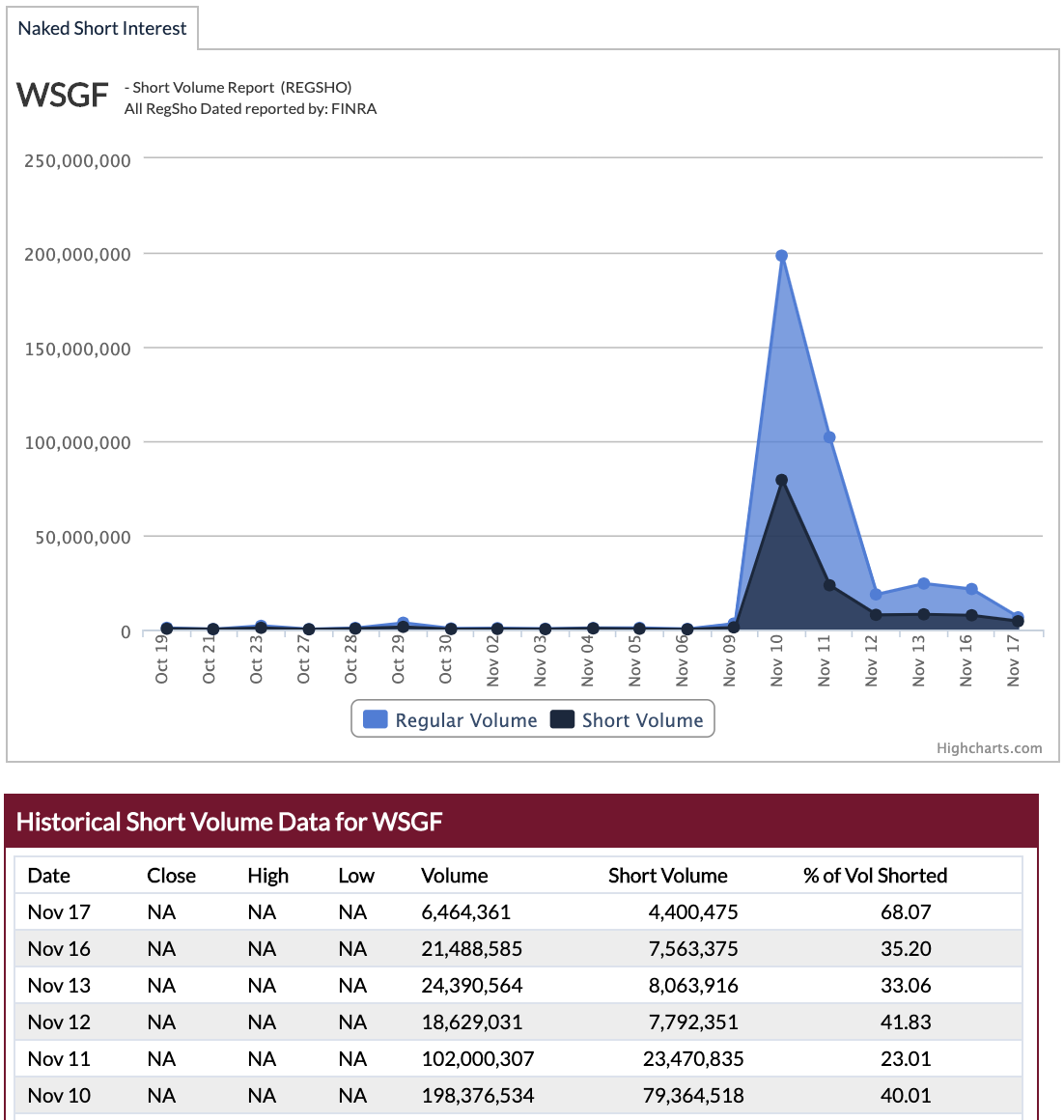 This short sale likely comes from an overzealous market maker that is exempt for Reg SHO short sale rules. Nevertheless, the market maker will have to cover and probably wants to do so before a regulator asks how is shorting more than the issued and outstanding deemed a sound “market making” practice?

If WSGF’s sex appeal as an Airbnb IPO satellite beneficiary continues and fuels demand again similar to last Tuesday, massive short covering could put kick in a major afterburner boost to the PPS.