TAIPEI -- Tencent Holdings Ltd. Chief Executive Pony Ma emphasized his commitment to working with regulators amid heightened government scrutiny over China's powerful technology companies, as strong growth in mobile gaming and payments propelled the social-media and entertainment giant to its most profitable year yet.

Mr. Ma's message Wednesday, made during a quarterly earnings briefing, comes as Beijing steps up antitrust efforts against China's tech sector, where companies have collected massive amounts of user data.

Tencent was among several companies fined by antitrust regulators this month for failing to properly report past acquisitions. Meanwhile, the State Council's antitrust committee has been gathering information about Tencent's online payments service WeChat Pay -- alongside rival Ant Group Co.'s Alipay -- since last year due to their dominance in China's payments market, according to officials familiar with the investigation.

"We are working closely with the government and the regulators on our compliance," Mr. Ma said through translation, when asked about China's antitrust regulations.

This month Mr. Ma met with Chinese antitrust regulators from the State Administration for Market Regulations after he requested to see them, people familiar with the matter said.

In a conference call Wednesday, Tencent President Martin Lau said the meeting was voluntary and a normal part of conducting business. "We had discussions about a broad range of topics and the main focus is actually on creating a healthy environment on innovation to happen in China," Mr. Lau said.

Yet Tencent, like many other technology giants, benefited from a year in which the coronavirus pandemic led homebound consumers to turn to online products and services.

Net profit for the quarter ending in December nearly tripled to a record 59.30 billion yuan, after the valuations of the companies it invested in grew. Revenue rose 26% to 133.67 billion yuan. Both beat analyst expectations.

Tencent's mobile gaming business has flourished during the pandemic, with online gaming revenue increasing 29% year-over-year in the fourth quarter. The company said its "Honor of Kings" was the top-grossing mobile game globally for the second year in a row.

Revenues from financial technology and business services grew 29% last quarter, the company said, due to growth in commercial payments and wealth-management services. In its financial report, Tencent said that its priority for its fintech business is risk management rather than scale, and it said it would work closely with regulators.

Tencent's presence in the e-commerce industry has also grown. The company reported that last quarter's advertising revenue increased 22% year-over-year in part because of increased demand in e-commerce platforms and consumer goods.

Annual transaction volume generated through WeChat's mini programs, which function as apps within the messaging app, more than doubled in 2020 compared with the previous year.

--Yifan Wang contributed to this article.

Write to Stephanie Yang at stephanie.yang@wsj.com and Keith Zhai at keith.zhai@wsj.com 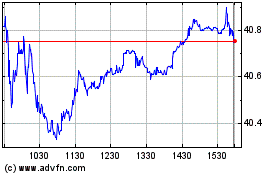