(c) Hemis Corporation (hereinafter known as the “Company”) on August 26, 2015, at a Special Meeting properly notified and authorized by the board of directors of the Corporation (the “Board”), and the Directors consents in writing as of this 26th day of August 2015. The following actions and this written consent are to be filed by the Corporation’s Chairman with the minutes of proceedings of the Board. By majority vote, the Directors hereby ratify the appointment of Ross Cooper to the position of Chief Executive Officer and Chairman.

Ross Cooper ( CEO) has 30 years of experience as a software developer, successful entrepreneur and founder of Channel Islands. He is an accomplished inventor with numerous patents to his name. Founding Verimatrix in 2000, he built a dynamic and focused management team that moved Verimatrix quickly into a market-leading position. It overtook the category leader in 2004 – just four years after launch. Today, Verimatrix is the recognized leader in content security and watermarking for IPTV deployments worldwide, and counts more than 500 multichannel service providers as its customers. In 2003, Mr. Cooper proposed a watermarking plan to the Motion Picture Association and all major Hollywood studios. Mr. Cooper’s plan was approved by the Hollywood community at large, and watermarking processes were initiated later that year. Today, DVDs sent for Academy Award or Golden Globe consideration are typically watermarked thanks to Mr. Cooper’s efforts in this area. Mr. Cooper is the Executive Producer for several movies, television and music projects. Mr. Cooper is a trusted advisor and valued partner to several major Hollywood studios, in particular 20th Century Fox and Warner Bros. and has been responsible for the creation and operation of many new technology companies in the areas of Education, Psychometrics and Health Sciences.

The Company’s Administrative offices and phone number will be the following:

Pursuant to the requirements of the Securities Exchange Act of 1934, the Registrant has duly caused this current report on Form 8-K to be signed on its behalf by the undersigned Chairman hereunto duly authorized.

Of Board of Directors

In Lieu of Special Meeting

The undersigned, being the CEO sole Board member of Hemis Corporation, a Nevada Corporation (the “Corporation”), hereby waives the calling or holding of a meeting of the board of directors of the Corporation (the “Board”), consents in writing as of this 26th day of August 2015 to the following actions and directs that this unanimous written consent be filed by the Corporation’s Secretary with the minutes of proceedings of the Board.

WHEREAS, the Corporation desires to appoint Ross Cooper as CEO, CFO, Secretary, Treasurer, and Director and Chairman of the Board.

WHEREAS IT IS HEREBY RESOLVED, the Corporation shall accept the appointment of Ross Cooper, effective as of this August 26, 2015.

FURTHER RESOLVED, the director of the Corporation be and hereby is authorized, empowered and directed to take any and all actions and to execute, deliver and file any and all agreements, instruments and documents as the director so acting shall determine to be necessary or appropriate to consummate the transactions contemplated by the foregoing resolution. The taking of such action to be conclusive evidence that the same was deemed to be necessary or appropriate and was authorized hereby.

IN WITNESS WHEREOF, the undersigned being the CEO, sole Board member of Hemis Corporation, has executed this Consent as of the day and year first written above.

Gina Marshall, CEO and Board member

The undersigned, Ross Cooper, hereby accepts the position of CEO, CFO, Secretary, Treasurer, Director and Chairman of the Board of Hemis Corporation, effective immediately. 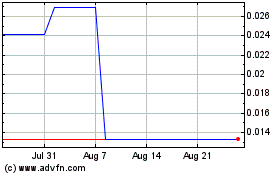 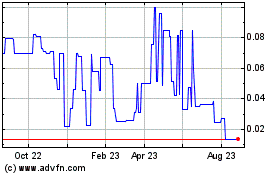 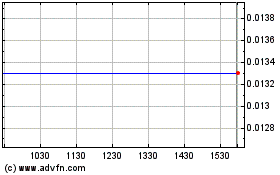