Indicate by check mark whether the registrant files or will file annual reports under cover of Form 20-F or Form 40-F:

DBV Technologies (the “Company”) (Euronext: DBV – ISIN: FR0010417345 – Nasdaq Stock Market: DBVT), a clinical-stage biopharmaceutical company, today announced that given the Company has not yet received an update from the U.S. Food and Drug Administration (FDA) regarding its Biologics License Application (BLA) for ViaskinTM Peanut, it has undergone a comprehensive business review to best position DBV for the possibility of a delay in timelines for the Viaskin Peanut BLA review. As a result, the Board of Directors has approved the immediate initiation of a global and comprehensive restructuring plan, which is expected to include a significant reduction in workforce. The Company has initiated, in compliance with French law, the mandatory consultation process with DBV’s Social and Economic Committee in France.

“We have carefully reviewed the situation and given the prevailing uncertainties, the goal of the plan that we are launching aims to preserve our core functions, extend our cash runway and maintain operating latitude to bring the first and only epicutaneous immunotherapy for the treatment of peanut allergy to patients in need, if approved,” said Daniel Tassé,Chief Executive Officer of DBV Technologies. “We continue to believe Viaskin Peanut, based on the clinical data observed to date, can change the long-term treatment paradigm of peanut allergies and lend itself well to this current healthcare environment.”

As communicated on March 16, 2020, FDA notified DBV that it had questions regarding the impact of patch adhesion on efficacy. The

Company promptly submitted additional data analyses that DBV believes addressed the questions put forward by the FDA and asked the FDA to provide feedback on the path forward. These data analyses, which showed that the majority of patients treated with Viaskin Peanut achieved sufficient daily application duration to experience clinical benefit, have also been published in two peer-reviewed publications1,2. Following submission of the data analyses in April and requests for discussion, FDA did not provide further information beyond that the data was being reviewed and the target action date of August 5, 2020 remains unchanged. Given the absence of clarity from the FDA, DBV is implementing a restructuring plan that will provide the flexibility to continue the BLA review process, prepare to bring Viaskin Peanut to patients, if approved, and preserve the Company’s cash runway.

DBV plans to focus on Viaskin Peanut and scale down other clinical programs and pre-clinical spend. The Company is contemplating the implementation of cost reduction measures across the organization, while preserving core activities and competencies. Under the revised plan and proposed cost structure, DBV now expects that its current balance of cash and cash equivalents of €262.4 million at the end of the first quarter of 2020 will be sufficient to fund operations significantly beyond the prior guidance of the first quarter of 2021. Following feedback from FDA on the Viaskin Peanut BLA review, the Company will provide updated financial guidance.

All ongoing clinical trials will continue as planned; however, enrollment timelines have been impacted by COVID-19. The Company’s global collaboration with Nestlé Health Science to develop diagnostic product candidates will also continue as

planned, subject to the impact of COVID-19. During this unprecedented time, DBV will continue to take additional measures as required to preserve the safety of its employees and mitigate potential impact of COVID-19 on the Company’s business.

The Company also provided an update on the ongoing EPITOPE trial, a two-part, pivotal Phase III clinical trial assessing the safety and efficacy of Viaskin Peanut for the treatment of peanut-allergic toddlers ages 1 to 3 years, to complement the proposed indication in children ages 4 to 11 years currently under FDA review. As previously reported, Part A showed that both doses studied (100 µg (n=20) and 250 µg (n=21)) were reported to be well tolerated, with no treatment-related serious adverse events (SAEs). Patients in both treatment arms showed consistent treatment effect after 12 months of therapy, as assessed by a double-blind placebo-controlled food challenge and biomarker results. Part A subjects were not included in Part B and the efficacy analyses from Part A were not statistically powered to demonstrate superiority of either dose versus placebo. These results validate the ongoing investigation of the 250 µg dose in this age group, which is the dose being studied in Part B of the study.

Based on the current COVID-19 pandemic and uncertainty surrounding study enrollment, the Company anticipates providing an update regarding sample size and expectations for completion of enrollment of Part B in the second half of 2020. The Company will evaluate potential options including adjusting the target enrollment for Part B.

“These initial data from EPITOPE, our second Phase III clinical trial for Viaskin Peanut, provide support for an epicutaneous immunotherapy approach to treating food allergy in this age group,” said Pharis Mohideen, M.D., Chief Medical Officer of DBV Technologies. “There is a growing body of scientific evidence that supports the importance of treating peanut-allergic patients from a young age, when they are most likely to be diagnosed. These findings are important not only for understanding the science of epicutaneous immunotherapy in different age groups, but also for advancing a potential treatment option for very young patients.”

EPITOPE is expected to enroll approximately 400 patients (51 in Part A and 350 in Part B) in approximately 50 centers across North America (Canada and the United States), Europe, and Australia. The EPITOPE trial is a two-part trial: Part A was designed to assess the safety of Viaskin Peanut 100 µg and 250 µg and to determine the highest safe dose, and Part B is designed to assess the efficacy and safety of the selected dose. In Part A, 51

patients were randomized 1:2:2 to receive either placebo or Viaskin Peanut 100 µg or 250 µg. A planned safety analysis by the independent Data Safety and Monitoring Board (DSMB) was performed after three months of treatment to determine the highest safe dose to be studied in Part B. There were no safety concerns observed with either of the two doses, and patients will continue on their respective treatment and remain on the same active dose or placebo they received in Part A up to month-12. In Part B, patients will be randomized 2:1 to receive Viaskin Peanut 250 µg or placebo.

Following the completion of EPITOPE, all eligible patients will have the option to rollover into EPOPEX, a long-term, open-label extension study of Viaskin Peanut 250 µg. Patients enrolling in the EPOPEX study will remain blinded to their respective treatment group in EPITOPE until the EPITOPE study results become publicly available.

DBV Technologies is developing Viaskin™, an investigational proprietary technology platform with broad potential applications in immunotherapy. Viaskin is based on epicutaneous immunotherapy, or EPIT™, DBV’s method of delivering biologically active compounds to the immune system through intact skin. With this new class of non-invasive product candidates, the Company is dedicated to safely transforming the care of food allergic patients. DBV’s food allergies programs include ongoing clinical trials of Viaskin Peanut and Viaskin Milk, and preclinical development of Viaskin Egg. DBV is also pursuing a human proof-of-concept clinical trial of Viaskin Milk for the treatment of Eosinophilic Esophagitis, and exploring potential applications of its platform in vaccines and other immune diseases. DBV Technologies has global headquarters in Montrouge, France and offices in Bagneux, France, and North American operations in Summit, NJ and New York, NY. The Company’s ordinary shares are traded on segment B of Euronext Paris (Ticker: DBV, ISIN code: FR0010417345), part of the SBF120 index, and the Company’s ADSs (each representing one-half of one ordinary share) are traded on the Nasdaq Global Select Market (Ticker: DBVT).

This press release may contain forward-looking statements and estimates, including statements regarding the potential benefits of the proposed restructuring of the Company’s business and potential cost savings, the timelines for the Company’s ongoing clinical trials, including in light of the ongoing impact of the COVID-19 pandemic, the potential of Viaskin™ Peanut as a treatment for peanut-allergic children, the conduct and timing of the Company’s clinical trials of Viaskin Peanut and the Company’s research, development and regulatory plans for its product candidates and preclinical pipeline, including the Company’s planned interactions with the FDA regarding Viaskin Peanut and the target action date for the Company’s BLA. These forward-looking statements and estimates are not promises or guarantees and involve substantial risks and uncertainties. At this stage, the products of the Company have not been authorized for sale in any country. Among the factors that could cause actual results to differ materially from those described or projected herein include uncertainties associated generally with research and development, clinical trials and related regulatory reviews and approvals, including the impact of the COVID-19 pandemic, and the Company’s ability to successfully execute on its restructuring plans. Furthermore, the timing of any action by the FDA and possible regulatory paths forward cannot be guaranteed. A further list and description of these risks, uncertainties and other risks can be found in the Company’s regulatory filings with the French Autorité des Marchés Financiers, the Company’s Securities and Exchange Commission filings and reports, including in the Company’s Annual Report on Form 20-F for the year ended December 31, 2019, and future filings and reports by the Company. Existing and prospective investors are cautioned not to place undue reliance on these forward-looking statements and estimates, which speak only as of the date hereof. Other than as required by applicable law, DBV Technologies undertakes no obligation to update or revise the information contained in this Press Release. 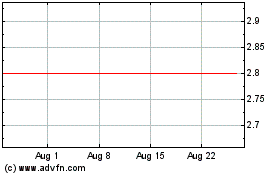 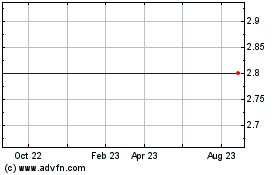 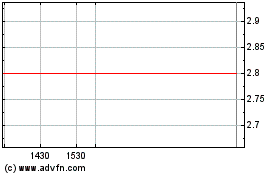