VANCOUVER, BC, April 5, 2022 /CNW/ - Trilogy Metals Inc. (TSX: TMQ) (NYSE American: TMQ) ("Trilogy" or the "Company") welcomes the recent announcement by President Biden invoking the Defense Production Act ("DPA"). The DPA is an aggressive measure to increase the US domestic production of metals including cobalt, nickel, lithium, manganese, and graphite. The DPA is a Cold War-era statute that gives the President access to funding and other enhanced powers to shore up the American industrial base and ensure the private sector has the necessary resources to defend national security and face emergencies.

Tony Giardini, President and CEO of Trilogy, commented, "With the statement by President Biden specifically highlighting that the United States needs to end its long-term reliance on adversarial countries for metals that are critical to a green economy, we want to reiterate that the Upper Kobuk Mineral Projects ("UKMP") hosts Indicated Resources of 3.4 billion pounds of copper and 3.4 billion pounds of zinc, and Inferred Resources of 5.4 billion pounds of copper and 88 million pounds of cobalt1. We believe that the resources at the UKMP will become a critical source of green metals for the US economy, as well as a significant economic contributor within the Northwest Arctic Borough, its Native communities, and the Alaskan economy."

Dickie Moto, Northwest Arctic Borough Mayor, stated, "Resource development when carried out in a way that respects our subsistence lifestyle, our culture, and the wellbeing of the land, has the potential to create progressive economic and employment outcomes for the people of our communities within the Northwest Arctic Borough. I believe that the Ambler Access Project would have a positive, meaningful effect on our communities given that gas prices are currently $16 a gallon and that we are witnessing some of the highest unemployment rates in Alaska. I also want to reiterate that on October 11, 2021, the Northwest Arctic Borough, which is the regional government for Northwest Alaska, passed a resolution in support of the Ambler Access Project. Also, the villages of Kobuk, Shungnak, Kiana, Selawik, and Deering have also passed resolutions in favor of development of the road. The road and the proposed mines, if developed responsibly, would provide jobs and the ability to sustain our subsistence lifestyle for future generations of Inupiaq within the borough."

The AAP is the proposed 211-mile industrial-use-only road that would link the UKMP in Northwestern Alaska to the Dalton Highway.

On February 22, 2022, the United States Department of the Interior ("DOI") filed a motion to remand the Final Environmental Impact Statement ("FEIS") and suspend the right-of-way permits issued to the Alaska Industrial Development and Export Authority ("AIDEA") for the AAP (the "Voluntary Remand Motion"). For more information on the motion by the DOI, please go to DOI documents or go to the Trilogy website at https://trilogymetals.com/news-and-media/news/2022.

In its motion, Ambler Metals, the joint venture operating company equally owned by wholly owned subsidiaries of Trilogy and South32 Limited, stated that it does not oppose the Voluntary Remand Motion subject to the following conditions:

Mr. Giardini commented, "Again, I want to thank the people within the Northwest Arctic Borough in Alaska for taking the time and effort to express their support for the AAP. All five villages have been clear that the construction of the road is expected to have positive impacts for their communities, where a balance can be achieved with respect to the environment and the local people's subsistence culture and lifestyle."

1The Upper Kobuk Mineral Projects, which includes the Arctic Project and the Bornite Project, contains mineral resources referenced in the technical reports below:

Trilogy Metals Inc. is a metal exploration and development company which holds a 50 percent interest in Ambler Metals LLC which has a 100 percent interest in the Upper Kobuk Mineral Projects ("UKMP") in Northwestern Alaska. On December 19, 2019, South32, a globally diversified mining and metals company, exercised its option to form a 50/50 joint venture with Trilogy. The UKMP is located within the Ambler Mining District which is one of the richest and most-prospective known copper-dominant districts in the world. It hosts world-class polymetallic volcanogenic massive sulphide ("VMS") deposits that contain copper, zinc, lead, gold and silver, and carbonate replacement deposits which have been found to host high-grade copper and cobalt mineralization. Exploration efforts have been focused on two deposits in the Ambler Mining District – the Arctic VMS deposit and the Bornite carbonate replacement deposit. Both deposits are located within a land package that spans approximately 181,387 hectares. Ambler Metals has an agreement with NANA Regional Corporation, Inc., an Alaska Native Corporation that provides a framework for the exploration and potential development of the Ambler Mining District in cooperation with local communities. Trilogy's vision is to develop the Ambler Mining District into a premier North American copper producer.

This press release includes certain "forward-looking information" and "forward-looking statements" (collectively "forward-looking statements") within the meaning of applicable Canadian and United States securities legislation including the United States Private Securities Litigation Reform Act of 1995. All statements, other than statements of historical fact, included herein, including, without limitation, statements relating to the potential of the UKMP to become a critical source of green metals for the US economy; the potential of the UKMP to become a significant economic contributor within the Northwest Arctic Borough, its Native communities, and the Alaskan economy; the potential for the development and operation of the Arctic Project to create jobs; the benefits of the AAP and the merits of the UKMP; the status, timing and potential outcome of litigation regarding the AAP; and potential permitting and development of the AAP are forward-looking statements. Forward-looking statements are frequently, but not always, identified by words such as "expects", "anticipates", "believes", "intends", "estimates", "potential", "possible", and similar expressions, or statements that events, conditions, or results "will", "may", "could", or "should" occur or be achieved. Forward-looking statements involve various risks and uncertainties. There can be no assurance that such statements will prove to be accurate, and actual results and future events could differ materially from those anticipated in such statements. Important factors that could cause actual results to differ materially from the Company's expectations include the uncertainties involving whether the Alaska Industrial Development and Export Authority will build the AAP; the results of the additional supplemental work on the FEIS resulting from the voluntary remand; the impact of the COVID-19 pandemic; success of exploration activities, permitting timelines, requirements for additional capital, government regulation of mining operations, environmental risks,  prices for energy inputs, labour, materials, supplies and services, uncertainties involved in the interpretation of drilling results and geological tests, unexpected cost increases and other risks and uncertainties disclosed in the Company's Annual Report on Form 10-K for the year ended November 30, 2021 filed with Canadian securities regulatory authorities and with the United States Securities and Exchange Commission and in other Company reports and documents filed with applicable securities regulatory authorities from time to time. The Company's forward-looking statements reflect the beliefs, opinions and projections on the date the statements are made. The Company assumes no obligation to update the forward-looking statements or beliefs, opinions, projections, or other factors, should they change, except as required by law.

This press release has been prepared in accordance with the requirements of the securities laws in effect in Canada, which differ from the requirements of U.S. securities laws. Unless otherwise indicated, all resource and reserve estimates included in this press release have been prepared in accordance with Canadian National Instrument 43-101 Standards of Disclosure for Mineral Projects ("NI 43-101") and the Canadian Institute of Mining, Metallurgy and Petroleum (CIM)—CIM Definition Standards on Mineral Resources and Mineral Reserves, adopted by the CIM Council, as amended ("CIM Definition Standards"). NI 43-101 is a rule developed by the Canadian Securities Administrators which establishes standards for all public disclosure an issuer makes of scientific and technical information concerning mineral projects. Canadian standards, including NI 43-101, differ significantly from the requirements of the United States Securities and Exchange Commission (SEC), and resource and reserve information contained herein may not be comparable to similar information disclosed by U.S. companies. In particular, and without limiting the generality of the foregoing, the term "resource" does not equate to the term "reserves". Under U.S. standards, mineralization may not be classified as a "reserve" unless the determination has been made that the mineralization could be economically and legally produced or extracted at the time the reserve determination is made. The SEC's Industry Guide 7 did not permit the inclusion of information concerning "mineral resources". The SEC's new mining disclosure rules under Regulation S-K 1300 are closer, but not identical to NI 43-101 and CIM Definition Standards. As the Company is not yet subject to Regulation S-K 1300, it remains subject to SEC industry Guide 7.  Accordingly, information concerning mineral deposits set forth herein may not be comparable with information made public by companies that report in accordance with U.S. standards under either SEC's Industry Guide 7 or Regulation S-K 1300. 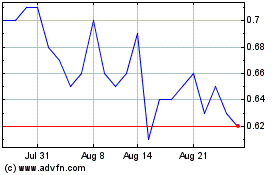 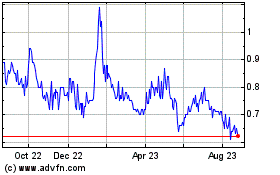 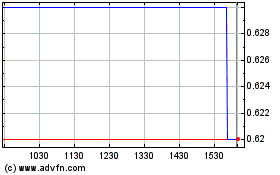