OverActive Media (“OverActive” or the “Company”) (TSXV:OAM), a global sports, media and entertainment company for today’s generation of fans, is pleased to announce its financial results for the three and six-month period ended June 30, 2021. The condensed consolidated interim financial statements, notes to financial statements, and Management’s Discussion and Analysis for the three and six-month period ended June 30, 2021, are available on the Company’s website at www.overactivemedia.com and under the Company's SEDAR website at  www.sedar.com. All financial figures are denominated in $000s CAD unless otherwise stated.

“We are delivering significant year-over-year revenue growth and generating a strong recurring revenue base from our sponsorship partners, who recognize the appeal of our team franchises to today’s generation of fans,” said Chris Overholt, CEO of OverActive Media. “Our franchise agreements with global gaming publishers entitle us to a revenue share from each league, which we typically recognize in the back half of the year. We expect solid revenue growth for the rest of the year, with a continued focus on adding globally recognized brands as long-term partners and competing at the highest level in our respective leagues.”

Mr. Overholt continued, “Subsequent to the end of this quarter, we completed our public listing on the Toronto Venture Exchange and received over $23 million in aggregate gross proceeds from a brokered subscription receipt. This, alongside a $16.9 million non-brokered financing that we completed in late March and early April, which included investments from BCE Inc. (TSX:BCE) and the National Hockey League's Montreal Canadiens, gives us a strong balance sheet to pursue our growth strategy. We are also making important strides on our plan to build the premier sports and entertainment venue in North America, offering state-of-the-art technology and one of the most unique fan experiences in the world.”

1 Adjusted EBITDA is a non-IFRS measure. Refer to “Non-IFRS Measures” at the end of this press release.

OverActive Media (TSXV:OAM) is headquartered in Toronto, Ontario, with operations in Madrid, Spain and Berlin, Germany. OverActive’s mandate is to build an integrated global company delivering sports, media and entertainment products for today’s generation of fans with a focus on esports, videogames, content creation and distribution, culture, and live and online events. OverActive owns team franchises in (i) the Overwatch League, operating as the Toronto Defiant, (ii) the Call of Duty League, operating as the Toronto Ultra, (iii) the League of Legends European Championship (“LEC”), operating as the MAD Lions, (iv) the Superliga, operating as the MAD Lions Madrid, and (v) Flashpoint, operating as MAD Lions Counter Strike:Global Offensive (a franchised league operated by B Site Inc., a company in which OverActive holds a minority interest), as well as other non-affiliated CS:GO tournaments and leagues. OverActive also operates both live and online events, operating as OAM Live and maintains an active social media presence with its fans and community members, operates fan clubs, and other fan related activities that increase the reach of its brands.

Investors are cautioned that forward-looking statements are not based on historical facts but instead OverActive management’s expectations, estimates or projections concerning future results or events based on the opinions, assumptions and estimates of management considered reasonable at the date the statements are made. Although OverActive believes that the expectations reflected in such forward-looking statements are reasonable, such statements involve risks and uncertainties, and undue reliance should not be placed thereon, as unknown or unpredictable factors could have material adverse effects on future results, performance or achievements of the OverActive. Among the key factors that could cause actual results to differ materially from those projected in the forward-looking statements include the following: the potential impact of OverActive’s qualifying transaction on relationships, including with regulatory bodies, employees, suppliers, customers and competitors; changes in general economic, business and political conditions, including changes in the financial markets; changes in applicable laws and regulations both locally and in foreign jurisdictions; compliance with extensive government regulation; the risks and uncertainties associated with foreign markets; and other risk factors set out in OverActive’s filing statement dated July 2, 2021, a copy of which may be found under OverActive’s profile at www.sedar.com. These forward-looking statements may be affected by risks and uncertainties in the business of OverActive and general market conditions, including COVID-19.

Should one or more of these risks or uncertainties materialize, or should assumptions underlying the forward-looking statements prove incorrect, actual results may vary materially from those described herein as intended, planned, anticipated, believed, estimated or expected. Although OverActive has attempted to identify important risks, uncertainties and factors which could cause actual results to differ materially, there may be others that cause results not to be as anticipated, estimated or intended and such changes could be material. OverActive does not intend and do not assume any obligation, to update the forward-looking statements except as otherwise required by applicable law.

This press release includes references to adjusted EBITDA. Adjusted EBITDA is a non-IFRS financial measure and is defined by the Company as net income or loss before income taxes, finance costs, depreciation and amortization, decrease/increase in net present value of franchise obligations, foreign exchange gains/loss, assistance payments from Franchise League and government assistance, restructuring costs, intangibles assets impairment charge and share-based compensation. We believe that adjusted EBITDA is a useful measure of financial performance because it provides an indication of the Company’s ability to capitalize on growth opportunities in a cost-effective manner, finance its ongoing operations and service its financial obligations.

For a reconciliation of adjusted EBITDA to net loss, please refer to Management’s Discussion and Analysis.

Neither the TSXV nor its Regulation Services Provider (as that term is defined in the policies of the TSXV) accepts responsibility for the adequacy or accuracy of this release. 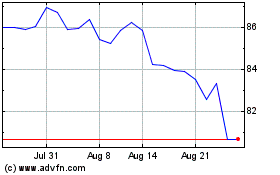 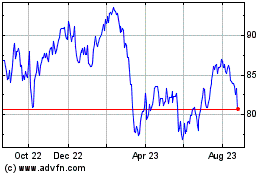 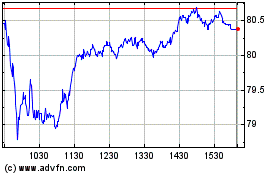