Swiss Water Decaffeinated Coffee Inc. (TSX– SWP) (“Swiss Water” or “the Company”) today reported financial results for the three and six months ended June 30, 2020, representing the second quarter and first half of the Company’s current fiscal year. Swiss Water is a leading specialty coffee company and premium green coffee decaffeinator that employs the proprietary SWISS WATER® Process to decaffeinate green coffee without the use of chemicals such as methylene chloride.

For the three and six months ended June 30, 2020, Swiss Water recorded strong year-over-year increases in gross profit, operating income, net income and EBITDA. Revenues were up in Q2 and flat for the first half. These results were achieved despite a drop in volumes which were down by 2% in the quarter and 9% in the first six months of the year, primarily due to the Covid-19 pandemic, as well as the Q1 impact of a temporary spike in coffee futures. While Swiss Water’s Q2 performance is encouraging, and the Company is well diversified both geographically and by customer base, the on-going impact of the worldwide pandemic has created an uncertain outlook for the balance of the year.

“We are pleased to report that our volumes rebounded better than we’d anticipated in Q2 and that all of our financial metrics during the quarter were very positive,” said Frank Dennis, Swiss Water’s President and CEO. “Given our strong competitive position, the positive trends driving our business and the strength of the Swiss Water brand, we remain confident about the long- term prospects for our business. That said, the continuing negative impacts of the Covid-19 pandemic make the short-term outlook for us impossible to predict with any surety.”

“At the same time, we are moving ahead strategically to prepare the Company for a resumption of the strong growth trajectory we’d established prior to the pandemic. Subsequent to the end of the second quarter, the commissioning of the first new production line at our Delta, BC facility was completed.  We expect to begin delivering commercial grade coffee from Delta during the third quarter. As we noted previously, we need to relocate all production from our legacy facility in Burnaby, BC by June 2023 due to the coming expiry of our lease there. Planning for the financing, design, and construction of a second line in Delta is underway with a targeted completion date before the 2023 deadline in Burnaby. Based on engineering reports from a third-party engineering firm, when both are completed, we expect the two new lines in Delta together will have a targeted end capacity at least 40% greater than the current Burnaby facility.” said Dennis.  Below is a summary of Swiss Water’s operational and financial results.

The following table shows changes in volumes shipped during the second quarter and the six months ended June 30, 2020, compared to the same periods in 2019.

1 EBITDA is defined in the ‘Non-IFRS Measures’ section of the MD&A and is a “Non-GAAP Financial Measure” as defined by CSA Staff Notice 52-306.2 EBITDA excluding the impact of IFRS 16 - Leases is defined as EBITDA, less lease payments made during the year.3 Per-share calculations are based on the weighted average number of shares outstanding during the periods.

Swiss Water Decaffeinated Coffee Inc. is a leading specialty coffee company and a premium green coffee decaffeinator that employs the proprietary Swiss Water® Process to decaffeinate green coffee without the use of solvents such as methylene chloride. It also owns Seaforth Supply Chain Solutions, a green coffee handling and storage business. Both businesses are located in the cities of Burnaby and Delta, British Columbia, Canada.

Certain statements in this press release may constitute “forward-looking” statements which involve known and unknown risks, uncertainties and other factors which may cause the actual results, levels of activity, performance or achievements to be materially different from any future results, levels of activity, performance or achievements expressed or implied by such forward-looking statements. When used in this press release, such statements may include such words as “may”, “will”, “expect”, “believe”, “plan” and other similar terminology. These statements reflect management’s current expectations regarding future events and operating performance, as well as management’s current estimates, but which are based on numerous assumptions and may prove to be incorrect. These statements are neither promises nor guarantees, but involve known and unknown risks and uncertainties, including, but not limited to, risks related to processing volumes and sales growth, operating results, the supply of utilities, the supply of coffee, general industry conditions, commodity price risks, technology, competition, foreign exchange rates, construction timing, costs and financing of capital projects, a potential impact of the COVID-19 pandemic, and general economic conditions.

The forward-looking statements and financial outlook information contained herein are made as of the date of this press release and are expressly qualified in their entirety by this cautionary statement. Except to the extent required by applicable securities law, Swiss Water Decaffeinated Coffee Inc. undertakes no obligation to publicly update or revise any such statements to reflect any change in management’s expectations or in events, conditions, or circumstances on which any such statements may be based, or that may affect the likelihood that actual results will differ from those described herein. 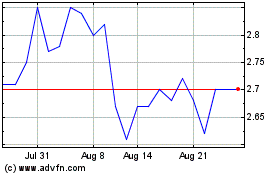 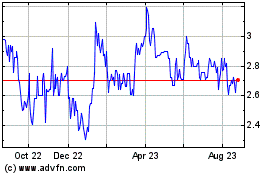 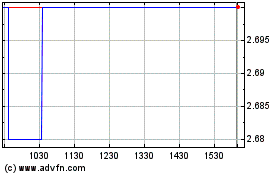