TORONTO, July 16, 2010 /PRNewswire/ -- Magellan Aerospace commends the Government of Canada for its decision to proceed with the Joint Strike Fighter (JSF) program as the choice for Canada's future fighter aircraft. This decision conveys the government's commitment that the JSF F-35 aircraft is the right aircraft for Canada to replace the CF18 fleet toward the end of the decade. The Fifth Generation F- 35 will deliver superior capability, critical interoperability with allies, and significant economies of scale. It will allow Canada's aerospace industry to continue to play a significant competitive role in the production of these high-technology aircraft.

Magellan Aerospace also applauds the efforts of the government to maximize opportunities for the more than 90 Canadian companies across Canada that are already participants in the JSF program. From the time that Canada officially joined the JSF international partnership, participation in achieving the technical and competitive demands of the JSF program development have been seen as crucial stepping stones to securing greater roles in the current production and upcoming support phases. The JSF program will provide Canadian industry unprecedented participation in a strategic, long-term development and production program to advance existing strengths in aerospace and defence technologies. This combination of commercial opportunity and long term technology advancement from coast to coast across Canada will ensure valuable, high technology jobs are established, sustained and grown in Canada's aerospace industry.

"The aerospace industry is an important sector in Canada," said James Butyniec, President and CEO of Magellan Aerospace. "The partnerships that have been established with the federal and provincial governments in strategic technology development within Canada have resulted in outstanding industrial participation opportunities. Agreements and cooperation with our international partners have led to collaborative team work in development and production, playing an important role in sustaining and growing employment and operational excellence."

Magellan Aerospace and fellow Canadian companies have systematically invested in technology and knowledge growth over the past decade in support of the JSF program. In parallel, facilitization to increase full scale production capacity and methodology to meet state-of-the-art manufacturing approaches is underway at multiple operating sites across Canada. "This application of new technologies and precision manufacturing processes will transform Magellan Aerospace and other Canadian companies, ensuring they remain confident and competitive leaders in future military and commercial applications," stated Mr. Butyniec.

Magellan Aerospace Corporation is one of the world's most integrated aerospace industry suppliers. Magellan designs, engineers, and manufactures aeroengine and aerostructure components and assemblies for aerospace markets, advanced products for military and space markets, and complementary specialty products. Magellan is a public company whose shares trade on the Toronto Stock Exchange (TSX: MAL), with operating units throughout Canada, the United States, the United Kingdom and India.

This press release contains information and statements of a forward-looking nature and is based on assumptions and uncertainties, (including that program deliveries achieve current program market estimates) as well as on management's reasonable evaluation of future events. These statements are not guarantees of future performance and involve risks and uncertainties that are difficult to predict, and/or are beyond the Corporation's control. A number of important factors could cause actual outcomes and results to differ materially from those expressed in these forward-looking statements. 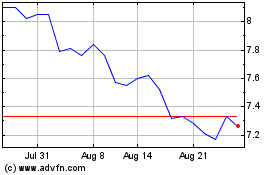 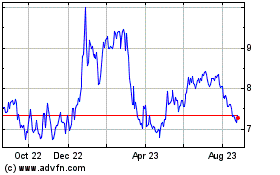 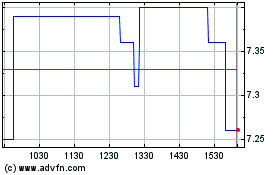