Annual financial information
($ in thousands, except for per share amounts)

Cash, net of the bank overdraft, and investments increased by $62,234,000 during the year ended January 31, 2022. Investments consist of treasuries bearing interest, government and corporate bonds and common shares, which at the close of the year had a market value of $237,326,000 (including cash net of bank overdraft).

During the year ended January 31, 2022, no options were granted. The Company may still grant pursuant to the Plan a total of 5,710,864 options, representing 17.09% of the issued and outstanding shares of the Company.

Quarterly results
($ in thousands, except for per share amounts)

For the three month period ended January 31, 2022, the share repurchase program contributed to an increase in basic earnings of $0.01 per share where during the corresponding 2021 period, it had no impact on basic net earnings or losses per share.

The Company determined that it met the eligibility criteria and applied for the Canadian Emergency Wage Subsidy (CEWS) during the quarter ended January 31, 2021. The Company received $1,912,000 after-tax which contributed to an increase of $0.06 on basic net earnings per share.

The Brault & Martineau store, at 500 boulevard Le Corbusier in Laval, ceased its operations on December 5, 2021. As announced earlier this year, the company entered into a partnership agreement for the development of this property into several residential rental towers. The real estate development will begin in the year 2022.

Management discussion and outlook for the Future of the Company

On March 11th, 2020, the World Health Organization declared COVID-19 a global pandemic. The financial impact of COVID-19 began to manifest itself by a decrease in store traffic and consequently store revenues in the early weeks of March 2020. Following the rapid rise of COVID-19 cases in the province of Quebec, our priority during this difficult period remains at all times the health and safety of our employees and clients. In order to protect the Quebec population and to prevent the spread of COVID-19 by encouraging social distancing initiatives recommended by both levels of government, the Company decided on March 18th, 2020, to temporarily close its retail sales network, namely our Ameublements Tanguay subsidiary in the Quebec City area and the Brault & Martineau and EconoMax banners in the Montreal area. On March 23rd, 2020, the Quebec government announced, for the same reason, the closure of all non-essential retail stores across the province.

In order to address the devastating effects of COVID-19 and to assure its short and long-term financial health, the Company decided to maintain its operations at a strict minimum level while preserving its presence in our market and controlling its working capital position. The following actions were undertaken by the Company during these last weeks in order to support its operating and working capital objectives:

The Company has proactively aligned its cost structure in order to mitigate the loss of revenues incurred during the last fiscal year due to the store closures. The Company intends to maintain these measures throughout the fiscal year 2022, in order to protect the Company's viability and preserve its working capital during these highly uncertain times. Thanks to these new measures the Company believes it will be able to produce positive operating results.

The Company continues to focus on online sales, which experienced a record increase since the start of the pandemic, by actively pursuing the improvement of its digital platforms, its live chat initiative with online customers as well as the improvement of our telephone sales department for all of the BMTC Group Inc. banners.

It is also Management's opinion that the digital platforms of our banners are essential in order to allow the Company to increase its market shares as well as to allow customers to start their shopping experience online to then complete their purchases in one of our stores with the help of our sales representatives.

The Company was able to increase significantly it's revenues during the year ended January 31, 2022 compared to results during the corresponding 2021 period as well as the corresponding 2020 and 2019 periods. In fact, the Company recorded one of the highest revenues in its history. This is partly due to improvements in marketing and strategic measures implemented, our extensive store network and the strength of digital platforms, which have enabled the Company to increase its market share in Quebec.

Since mid-June 2021, the Company has had issues with its supply logistics. Many of the Company's suppliers, who have also been affected by the consequences of COVID-19, are unable to honour and deliver placed orders. This problem seems widespread in our industry and is not unique to the Company.

On May 5, 2021, the Canadian federal government imposed important tariffs on upholstered furniture imported from Vietnam and China while not allowing any grace period either for orders in production or for products already in transit to Canada, which can take up 3 to 4 months to reach our ports.

Complaints about unfairly priced Chinese and Vietnamese-made products have been a long simmering issue in the furniture business. Although, when the Canadian federal government announced it was seeking to level the playing fields with tariffs, everyone in the industry was expecting tariffs in the range of 10 to 20 per cent, similar to what the U.S. recently implemented.

It is difficult to predict the future level of consumer spending, although it is quite possible that the Company's future results may not reflect the performance of the last two years. The high level of inflation combined with gas prices will have an impact on consumer spending. Also, management is aware that the increase in the last two years was partly due to the fact that the Company benefited from a transfer of consumer spending related to the restrictions imposed by the various levels of government due to COVID-19 pandemic, more precisely the restrictions related to travel, the closure of restaurants and all other forms of entertainment in the cultural and sporting world. Since these restrictions are no longer in place, we expect consumer spending could transfer back to these types of spending.

Management is confident that the Company's operational efficiency during this crisis, its market leadership and solid financial position will allow us to emerge a stronger organization despite these difficult market conditions and maintain its objectives increasing its market share and profitability in Quebec.

This press release contains certain forward-looking statements with respect to the Company. These forward-looking statements are identified by the use of terms and phrases such as "anticipate", "believe", "estimate", expect", "intend", "may", "plan", "predict", "project", "will", "would", as well as the opposites of these terms and similar terminology, including references to assumptions.

These statements reflect current expectations regarding future events and operating performance and speak only as of the date of release of this press release and represent the Company's expectations as of that date. The Company disclaims any intention or obligation to update or revise any forward-looking statements, whether as a result of new information, future events or otherwise, other than as required by law.

The Company discloses adjusted net earnings, which includes or excludes certain amounts that are not considered representative of the performance measures and financial recurrence of the Company. Management believes that this measure is useful in understanding and analyzing the operational performance of the Company and that it can provide additional information.

Adjusted net earnings as well as same store revenues are not an earnings measure recognized by IFRS and do not have a standardized meanings prescribed by IFRS. Therefore, adjusted net earnings and same store revenues as discussed in this press release may not be compared to similar measures presented by other issuers. These measures of performance should not be considered as alternatives to indicators of performance calculated according to IFRS, but rather as a source of additional information.

The Company discloses in this press release under the section "Results" a reconciliation between net earnings and adjusted net earnings.

BMTC Group Inc. is a company governed the Business Companies Act (Quebec). Its registered office and principal place of business is located at 8500 Place Marien, Montréal East, Quebec, H1B 5W8. Its common shares are listed on the Toronto Stock Exchange. The Company, through its subsidiaries Ameublements Tanguay Inc., Le Corbusier-Concorde S.E.C.  and its two divisions Brault & Martineau and EconoMax, manages and operates a retail network of furniture, household appliances and electronic products, in Quebec. 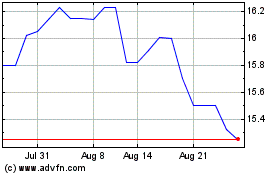 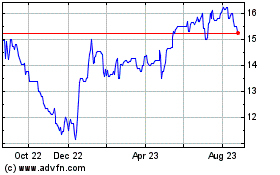 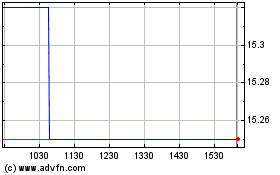