TORONTO, Aug. 25, 2022 /CNW/ - Scotiabank today announced a new collaboration with athlete empowerment brand UNINTERRUPTED Canada, a subsidiary of Good Karma Productions, as presenting sponsor of their original documentary feature, BLACK ICE. The full length film will make its international premiere at the Toronto International Film Festival (TIFF) in September. This new sponsorship is part of Scotiabank's hockey for all initiative, focused on promoting diversity and inclusion throughout the game. The film will explore the journey of Black hockey players from the creation of The Colored Hockey League of the Maritimes to the modern-day NHL, highlighting their often overlooked and marginalized contributions to the game.

hockey for all is Scotiabank's effort to drive diversity, equity, and inclusion in the sport, by concentrating on two distinct areas of focus: cultural and financial.  The platform – introduced at the start of the 2021-22 NHL® regular season – supports programs that focus on increasing diversity among community and grassroots hockey organizations across Canada.

"At Scotiabank, we want our hockey for all initiative to ignite the conversation around diversity and equity in hockey in order to encourage positive change, and make the game more welcoming and inclusive," said Laura Curtis Ferrara, Chief Marketing Officer at Scotiabank. "We are thrilled to partner with UNINTERRUPTED Canada as the Presenting Sponsor of BLACK ICE to help share the stories of a community that is so often overlooked in the history of the game."

"When exploring a culturally significant and challenging subject like the role of race in hockey, allyship is extremely important," said Vinay Virmani, Chief Content Officer of UNINTERRUPTED Canada. "I can think of no better partner than Scotiabank, who have been corporate trailblazers in the sports diversity and inclusion space, to join us in sharing this important story."

In addition to the sponsorship, UNITERRUPTED Canada has brought on athlete, activist, entrepreneur, and Scotiabank Teammate, Akim Aliu as Associate Producer on the project.

Aliu is the co-founder of the Hockey Diversity Alliance (HDA) and is an outspoken champion of diversity within hockey and enabling accessibility regardless of common barriers such as race, gender, or economic background.

Elevation Pictures will oversee theatrical distribution of BLACK ICE in Canada. The film is produced in association with First Take Entertainment with support from Telefilm Canada, Canadian Media Fund and Ontario Creates. Bell Media will deliver the premiere of the documentary exclusively to Canadian viewers on TSN, Crave, and CTV platforms.

Scotiabank is a leading bank in the Americas. Guided by our purpose: "for every future", we help our customers, their families and their communities achieve success through a broad range of advice, products and services, including personal and commercial banking, wealth management and private banking, corporate and investment banking, and capital markets. With a team of over 90,000 employees and assets of approximately $1.3 trillion (as of July 31, 2022), Scotiabank trades on the Toronto Stock Exchange (TSX: BNS) and New York Stock Exchange (NYSE: BNS). For more information, please visit http://www.scotiabank.com and follow us on Twitter @ScotiabankViews.

UNINTERRUPTED Canada, a subsidiary of Good Karma Productions, is co-led by CEO Scott Moore and Chief Content Officer Vinay Virmani, in partnership with Drake, is the first international expansion of the athlete empowerment brand, UNINTERRUPTED, founded by LeBron James and Maverick Carter. The company is built upon the radical idea that all athletes should have a platform to express themselves without intermediaries. From this premise, a mission was born: to empower athletes from all walks of life to communicate in an unimpeded way and to be More Than an Athlete. UNINTERRUPTED is upending the world of sports media by working with athletes to tell unique, human stories from their point of view. Through content, products, events, partnerships, and educational opportunities, UNINTERRUPTED is changing the way athletes engage with the public and empowering them to be known and valued for more than the sport they play. 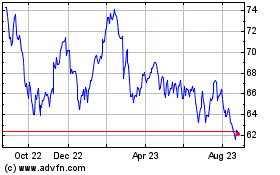 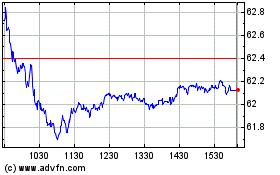