Coring was initiated on June 3rd

Between January 1 and May 31, 2022, Agnico Eagle personnel and certain contractors have continued with office-related and field-specific exploration activities at a number of exploration sites throughout the property. Work has included geophysical surveys, base of till sampling, plus MEFFA (multi-element fine fraction analysis) surface till sampling and data interpretation programme utilizing automated pXRF scanning, together with laser ablation and ICP-MS, to define precious/base metal anomalous areas. All this work has been carried out in preparation for this year's diamond drill campaign.

New mineralized structural and stratigraphic trends continue to evolve, for both deposit types. Studies related to gold occurrences associated with certain elements, minerals and alteration phases have been on-going.

Diamond drilling by Agnico Eagle since 2015, within the 34,533-hectare property totals 158,439 metres of overburden penetration and core collection from a total of 422 drill holes. ADC Drilling of Finland has been retained to carry out the 2022 diamond drilling campaign.

Barsele's President, Gary Cope states; "I am once again very pleased that diamond drilling has resumed at Barsele. I am confident that the Agnico Eagle technical team has outlined top quality targets for both "Orogenic Gold" and Volcanogenic Massive Sulphide "VMS" styles of mineralization."

Sample results referred to in prior News Releases have been tested at independent MS Analytical Service, wherein core cutting and sample preparation is carried out in Storuman, Sweden and the analyses of both Au and multi-element analysis is completed in Canada.

About the Barsele Gold Project

The Barsele Project is located on the western end of the Proterozoic "Skellefte Trend", a prolific volcanogenic massive sulphide deposits belt, that intersects with the "Gold Line" in Northern Sweden. Both polymetallic "VMS" deposits and intrusive hosted "Orogenic gold" deposits are present in this region and on this property. Current and past producers in the region include Boliden, Kristineberg, Bjorkdal, Svartliden and Storliden.

On February 21st, 2019 (the effective date), Barsele released an independently verified Mineral Resource Estimate that was completed by Quebec-based InnovExplo Inc., for the purposes of the Company. This NI 43-101 Technical Report and Mineral Resource Estimate (Amended) for the Barsele Property was modified and resubmitted effective December 16th, 2020. The Amended Technical Report contains no material differences to the original technical report filed on April 2, 2019.

The main gold-bearing system remains open in all directions. The structurally linked gold mineralized "lodes" occur mainly within a granodiorite host and to a lesser extent, volcanic and sedimentary rocks. Multiples of parallel to sub-parallel "lodes" that vary in width from 10 metres to 100 metres, combine for a maximum known thickness (including low grade-waste islands) of 425 metres. The Avan–Central–Skiråsen zones have a strike length approaching 3.6 kilometres and that same northwest trending structural corridor does contain localized bodies with gold mineralization over an additional 4.4 kilometres. The drill tested depth of the mineralized system approaches 1.0 kilometre and remains open. Gold is generally associated with arsenopyrite and low base metal content and occurs often as native metal.

Art Freeze, P.Geo. is the Qualified Person as defined in NI 43-101 and takes responsibility for the technical disclosure contained within this news release.

ON BEHALF OF THE BOARD OF DIRECTORS

This News Release may contain forward-looking statements including but not limited to comments regarding the timing and content of upcoming work programs, geological interpretations, receipt of property titles, potential mineral recovery processes, etc. Forward-looking statements address future events and conditions and therefore involve inherent risks and uncertainties. Actual results may differ materially from those currently anticipated in such statements and Barsele undertakes no obligation to update such statements, except as required by law. 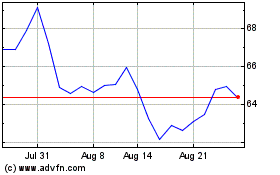 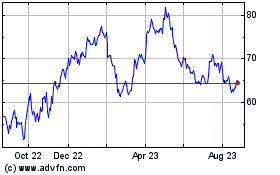 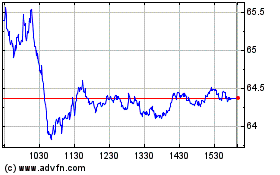