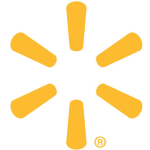 The acquisition will allow Walmart to expand its Walmart Health service around the country, the company said. The retail giant didn't disclose the financial details of the transaction.

The strategy comes in response to Amazon.com Inc.'s business model, according to people familiar with the situation. Amazon relies on profits from its cloud computing and advertising businesses to fend off competitors online with fast, but often less-profitable, home delivery of millions of products.

The MeMD deal opens another front in which Walmart and Amazon will compete, as Amazon recently announced plans to provide its telehealth service, Amazon Care, to its nearly 1 million U.S. employees by summer. Amazon Care, which now serves company workers in Washington state, will also be offered to other employers.

Just as Amazon leveraged its own data centers to create a new business selling cloud computing to customers as Amazon Web Services, both Amazon and Walmart are taking what they learn paying for the healthcare of their giant workforces to offer expansive healthcare services to their customers, helping them move into the huge and growing U.S. healthcare market.

Many of the world's biggest companies continue to have an interest in transforming healthcare and reducing costs. Amazon initially sought to do so through a venture called Haven that it operated with Berkshire Hathaway Inc. and JPMorgan Chase & Co. It was set up in 2018, and it ended operations in February after failing to make progress on various pilot projects in healthcare. The company has also expanded its pharmacy offerings.

The telehealth sector is becoming increasingly competitive as giants like Walmart and Amazon jump in. Shares of the long-time sector leader Teladoc Health Inc. dropped 3% in after-hours trading following the announcement of the deal.

Other retailers are trying to expand further into healthcare. Walgreens Boots Alliance Inc. and rival CVS Health Corp. are competing to become treatment centers for patients with costly conditions. Both have expanded their telehealth offerings during the pandemic, and last year Walgreens said it would attach doctors' offices to hundreds of drugstores.

Two years ago, Walmart started opening a handful of clinics in stores, with doctors and dentists offering flat-fee primary care, such as $25 dental X-rays and $40 office visits.

Walmart can build its healthcare businesses by catering to consumers who crave lower prices and more transparency in healthcare costs, according to some of the people familiar with the situation, using its around 4,700 stores as a base. There are currently 20 clinics in stores with more planned for later this year.

Walmart already partners with telehealth companies such as Doctor on Demand Inc. to offer services to its 1.3 million U.S. workers. During the pandemic, Walmart made virtual visits free for employees covered by the company's healthcare insurance.

Founded in 2012, MeMD provides virtual healthcare across the U.S. and runs 24-hour, seven-day-a-week service throughout the year. Walmart expects the deal to close "in the coming months," the company said.

MeMD claims on its website that it provides telehealth for medical and mental-health visits to 5 million members nationwide.

Kimberly Chin and Sharon Terlep contributed to this article.

Write to Sarah Nassauer at sarah.nassauer@wsj.com and Rolfe Winkler at rolfe.winkler@wsj.com 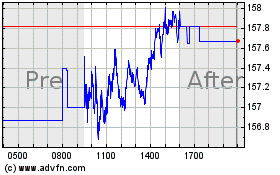