The Amended Merger Agreement provides that, upon the terms and subject to the conditions set forth therein, Merger Sub will merge with and into Advanced Disposal (the “Merger” and collectively with the other transactions contemplated by the Amended Merger Agreement, the “Transactions”), with Advanced Disposal continuing as the surviving corporation and as a wholly-owned indirect subsidiary of the Company.

The Amendment also changes the date after which the Company and Advanced Disposal will have a mutual right to terminate the Merger Agreement from July 13, 2020 to September 30, 2020 (the “End Date”), which date will automatically extend to November 30, 2020 if any of the Specified Conditions (as defined below, but in the case of clause (iii) of such definition, only to the extent it is issued pursuant to an antitrust law) have not been satisfied by the End Date (but all other conditions to the Company’s obligation to close are satisfied, or would be satisfied if the Closing would have occurred, on the End Date).

The consummation of the Merger remains subject to certain conditions, including (i) approval of the Amended Merger Agreement by the affirmative vote of the holders of a majority of the outstanding shares of Advanced Disposal Common Stock (the “Stockholder Approval”), (ii) the expiration or termination of any waiting period under the HSR Act and the rules and regulations promulgated thereunder, and (iii) the absence of any law or order restraining, enjoining or otherwise prohibiting the Merger (each of the foregoing conditions, the “Specified Conditions”).

Pursuant to the Amendment, each party has certified to each other that such party’s closing conditions with respect to the accuracy of its representations and performance of its covenants, and, with respect to the Company’s and Merger Sub’s obligations to consummate the Merger, the absence of a Material Adverse Effect (as defined in the Amended Merger Agreement), would be satisfied as of June 24, 2020 if the closing of the Merger were to be June 24, 2020. In addition, each of the parties acknowledged that, to the parties’ respective knowledge, as of the date of the Amendment, no occurrence has occurred that would prevent the closing of the Merger. The Company and Merger Sub have also agreed to not assert that any of such conditions are not satisfied at the Closing as a result of what such parties had knowledge of as of the date of the Amendment.

Except as expressly modified pursuant to the Amendment, the Merger Agreement, which was previously filed as Exhibit 2.1 to the Current Report on Form 8-K with the Securities and Exchange Commission (“SEC”) by the Company on April 15, 2019, remains in full force and effect. The foregoing description of the Amendment and the transactions contemplated thereby does not purport to be complete and is qualified in its entirety by reference to the Amendment, a copy of which is filed as Exhibit 2.1 hereto and is incorporated herein by reference.

As described in Item 7.01 above, on June 24, 2020, the Company and Advanced Disposal announced the entry into an agreement pursuant to which the Company and Advanced Disposal will sell certain of their solid waste collection, intermediary waste delivery and terminal waste delivery assets in selected portions of the United States to an affiliate of GFL Environmental Inc. in connection with the Merger. The transaction is conditioned on the closing of the Merger and other customary closing conditions, and remains subject to ongoing review and approval by the U.S. Department of Justice.

This filing contains “forward-looking statements” within the meaning of the U.S. federal securities laws about the Company, Advanced Disposal and the proposed acquisition and divestitures, including but not limited to all statements about the timing and approvals of the proposed acquisition and divestitures; ability of the respective parties to consummate and finance the acquisition and divestitures; method of financing the acquisition; the amount or identity of required divestitures; integration of the acquisition; future operations or benefits; future capital allocation; future business and financial performance of the Company and Advanced Disposal; future leverage ratio; future redemption of senior notes; and all outcomes of the proposed acquisition, including synergies, cost savings, and impact on earnings, cash flow growth, return on capital, shareholder returns, strength of the balance sheet and credit ratings, which are made pursuant to the safe harbor provisions of the Private Securities Litigation Reform Act of 1995. Words such as “expect,” “likely,” “outlook,” “forecast,” “preliminary,” “would,” “could,” “should,” “can,” “will,” “project,” “intend,” “plan,” “goal,” “guidance,” “target,” “continue,” “sustain, “ “synergy,” “on track,” “believe,” “seek,” “estimate,” “anticipate,” “may,” “possible,” “assume,” and variations of such words and similar expressions are intended to identify such forward-looking statements. You should view these statements with caution and should not place undue reliance on such statements. They are based on the facts and circumstances known to the Company and Advanced Disposal (as the case may be) as of the date the statements are made. These forward-looking statements are subject to risks and uncertainties that could cause actual results to be materially different from those set forth in such forward-looking statements, including but not limited to, general economic and capital markets conditions; public health risk and other impacts of COVID-19 or similar pandemic conditions, including increased costs, social and commercial disruption, service reductions and other adverse effects on business, financial condition, results of operations and cash flows; the effects that the announcement of the Amendment or pendency of the Merger may have on the Company, Advanced Disposal or its respective business; inability to obtain required regulatory or government approvals or to obtain such approvals on satisfactory conditions; inability to obtain stockholder approval or satisfy other closing conditions; inability to obtain financing; the occurrence of any event, change or other circumstance that could give rise to the termination of the definitive agreement; the effects that any termination of the definitive agreement may have on Advanced Disposal or its business; legal proceedings that may be instituted related to the proposed acquisition; unexpected costs, charges or expenses; failure to successfully integrate the acquisition, realize anticipated synergies or obtain the results anticipated; and other risks and uncertainties described in the Company’s and Advanced Disposal’s filings with the SEC, including Part I, Item 1A of each company’s most recently filed Annual Report on Form 10-K and subsequent reports on Form 10-Q, which are incorporated herein by reference, and in other documents that the Company or Advanced Disposal file or furnish with the SEC. Except to the extent required by law, neither the Company nor Advanced Disposal assume any obligation to update any forward-looking statement, including financial estimates and forecasts, whether as a result of future events, circumstances or developments or otherwise.

Pursuant to the requirements of the Securities Exchange Act of 1934, the registrant has duly caused this report to be signed on its behalf by the undersigned, hereunto duly authorized. 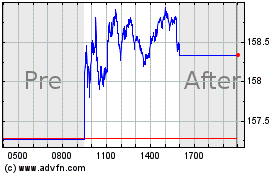