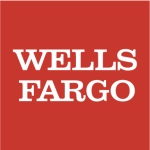 The president's plan lets employers stop withholding the 6.2% Social Security tax now for most workers and requires them to pay it back early next year through additional paycheck withholding. Mr. Trump wants Congress to forgive those deferred taxes, but without any assurance of that happening, the plan continues to find little footing in the private sector as companies make their decisions.

"We have reviewed the guidance issued by the U.S. Treasury Department and the IRS and have determined that participating in this optional deferral program is not in our employees' best interest," said Michael DeAngelis, a spokesman for CVS Health.

That lack of interest from companies -- some of which employ hundreds of thousands of potentially eligible workers -- limits the broader economic impact of the deferral. Mr. Trump, who had hoped to get Congress to slash payroll taxes to boost the economy, has been left with a program that has little reach across the country.

For now, the largest group of affected workers is the one controlled by Mr. Trump -- federal executive-branch employees and military-service members who will see their paychecks grow this month and then shrink in January.

Mr. Trump announced the payroll-tax deferral in August, offering it as his way of getting money to households during the pandemic-induced economic downturn amid a stalemate in Congress over further assistance. He used a law that lets the administration postpone tax deadlines after a disaster.

The deferral is available through Dec. 31 for workers making under $104,000 on an annualized basis. Someone making $80,000 a year could push as much as $1,653 in the employee's share of payroll taxes from this year's paychecks into next year's.

Mr. Trump's approach delayed the taxes but didn't eliminate them because only Congress can do that. He has urged Congress to forgive deferred taxes and to approve a transfer that would keep the Social Security trust fund whole.

"When we win I, as your President, will totally forgive ALL deferred payroll taxes with money from the General Fund," he said on Twitter on Thursday, without offering any explanation for how he intended to accomplish this.

So far, however, lawmakers have shown little appetite to approve the forgiveness, and Democrats are trying to overturn the executive action. And the fewer affected employees there are, the less pressure Congress will feel.

Still, the lever Mr. Trump pulled as a government employer is a significant one, and the prospect of hundreds of thousands of federal workers facing smaller paychecks in January could spur Congress to address the issue.

Few employers are making the calculation that such tax forgiveness will ultimately come. For employers, there is some risk in doing nothing: If Congress does ultimately forgive only deferred taxes, employees may feel like they missed out.

Citigroup Inc., Walgreens Boots Alliance Inc. and KPMG LLP declined to say whether they would participate in the deferral program. Dozens of other large employers, ranging from private-sector companies to state governments, didn't respond to requests for comment. News Corp, which owns The Wall Street Journal, hasn't made a decision, a spokesman said.

The Internal Revenue Service says employers who defer taxes now must collect them with double withholding in early 2021. If necessary, they can make other arrangements with workers to get the money.

Employers get to decide whether to participate, and many just aren't interested.

The change can be hard to explain to employees and the benefits can be small because of the need to pay the money back next year. If workers leave their jobs before the tax is recouped, the employer can be stuck with the tax liability.

Some small businesses and Trump-aligned employers seem the most likely to participate.

The Republican National Committee is offering the deferral to its employees, said spokesman Michael Ahrens.

Rep. Kevin Brady (R., Texas), the top Republican on the House Ways and Means Committee, said Thursday that he is deferring the taxes for his campaign staff and is exploring options for his congressional staff. But the House's chief administrative officer said in a memo Friday that it wouldn't be implementing the deferral. The Senate hasn't made a decision yet, according to a memo sent to employees Friday. The federal court system is opting out of the deferral program.

Mr. Brady introduced a bill to forgive the deferred taxes and create a broader payroll tax holiday, which would reduce federal revenue by $137 billion, according to the nonpartisan Joint Committee on Taxation.

"It would be a shame if employers, large and small, don't help their workers with this deferral," he said.

Still, some states run by Republican governors may not implement the deferral for their own workers. Oklahoma won't do it, said Baylee Lakey, spokeswoman for Oklahoma Gov. Kevin Stitt. Neither will Indiana, according to a local news report. Other states with Republican governors, including Maryland and Georgia, haven't made decisions yet and neither has Democratic-run New York.

Payroll providers are changing their software so employers can implement the deferral. In some cases, employers may offer workers an option about whether to defer the taxes.

Federal workers and military-service members aren't getting that choice. In a Sept. 4 internal memo, IRS human-resources executives said many employees had asked whether they could opt out.

"We have had many discussions with Treasury and they have confirmed that no eligible IRS employees can opt out," they wrote.

With no option available, Sergeant Major of the Army Michael Grinston, the top enlisted official, has urged soldiers to set the extra money aside when it starts arriving in paychecks.

Write to Richard Rubin at richard.rubin@wsj.com 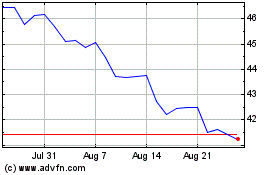 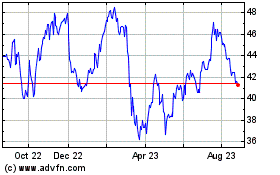 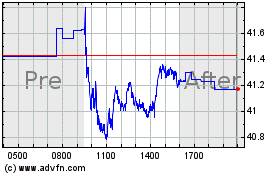