Check the appropriate box below if the Form 8-K filing is intended to simultaneously satisfy the filing obligations of the registrant under any of the following provisions (see General Instruction A.2. below):

If an emerging growth company, indicate by check mark if the registrant has elected not to use the extended transition period for complying with any new or revised financial accounting standards provided pursuant to Section 13(a) of the Exchange Act.  ¨

On April 27, 2020, in connection with a review of its U.S. and U.K. executive retirement policies and plans, the Company determined to take the following actions:

Effective April 29, 2020, Venator Materials PLC (the “Company) and Mahomed Maiter, the Company’s Executive Vice President, Business Operations, entered in to an Amendment to Terms and Conditions of Employment (U.K.) (the “UK Amendment”), amending the Terms and Conditions of Employment (U.K.) previously entered in to by the Company and Mr. Maiter effective December 10, 2018 (the “Existing U.K. Agreement”). The UK Amendment modifies Section 12.1 of the Existing Agreement to provide that, following the date Mr. Maiter withdraws from South Africa his account balance in the AECI Pension Fund (in which he has deferred member status resulting from his employment in South Africa by an affiliate of a predecessor of the Company), and upon which event current law in South Africa imposes a tax of 36% (estimated presently to be approximately £116,000), the Company will reimburse Mr. Maiter following his payment of any such tax in South Africa (grossed up by the Company for any U.K. taxes imposed on such reimbursement.) All other terms of the Existing U.K. Agreement remain unchanged.

Also on April 29, 2020, the Company amended the Venator Executive Elective Deferral Plan (the “EDP”), effective December 31, 2020, to discontinue permitting deferred compensation contributions to the EDP by participants, and to cease making Company contributions to the EDP. The Company also determined to instead pay, following December 31, 2020, in lieu of amounts that would have been credited as Company contributions under the EDP had the EDP not been so amended, periodic (no less frequently than quarterly) cash payments to the former EDP participants. Kurt D. Ogden and Russ R. Stolle, each an Executive Vice President of the Company, are participants in the EDP and will receive such cash payments in lieu of EDP Company contributions beginning January 1, 2021. On April 29, 2020, the Company also entered in to an Amendment to Terms and Conditions of Employment (U.S.) with each of Messrs. Ogden and Stolle (such amendments, together with the UK Amendment, the “Amendments”), amending the Terms and Conditions of Employment (U.S.) previously entered in to by the Company and each of them (the “Existing U.S. Agreements”), respectively, to reflect the amendment to the EDP and the replacement of Company contributions previously made to their accounts thereunder with such cash payments, beginning January 1, 2021. All other terms of the Existing U.S. Agreements remain unchanged.

The EDP was adopted on February 13, 2018, to replace and continue the terms of the interim 2017 Supplemental Savings Program established to provide eligible executives retirement benefits based on those previously provided to them by Huntsman Corporation (“Huntsman”) prior to the Company’s separation from Huntsman. Those benefits were previously provided to executives under (i) Huntsman’s 401(k) plan (including matching and nondiscretionary employer contributions) to the extent such contributions to the 401(k) plan were subject to legal limits on the amount of contributions that can be allocated to an individual in a single year, and (ii) Huntsman’s Cash Balance Plan (a tax qualified pension plan) and its Supplemental Executive Retirement Plan (a supplemental non-qualified pension plan.) 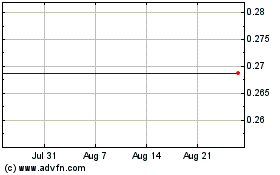 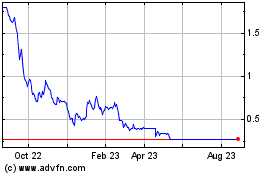 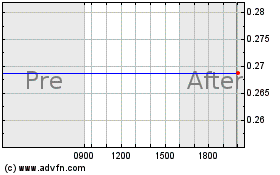