North American rail traffic rose 5.5% last week, data from the Association of American Railroads showed, as a holiday calendar shift in the U.S. more than offset the impact of a strike at Canada's biggest rail network.

North American rail traffic was down 7.4% in the week ended Nov. 16. For the first 47 weeks of the year, North American volume is down 3.3%, compared with a year-to-date decline of 3.4% reported a week earlier.

The AAR said U.S. rail traffic rose 10.6% last week, following an 8.4% drop a week earlier, due to a calendar shift related to the Thanksgiving holiday. U.S. carloads rose 7.6% amid gains in nine of the 10 commodity groups tracked. The volume of U.S. intermodal containers and trailers jumped 13.5% for the week.

U.S. rail traffic is down 4.2% for the year to date, the AAR said, compared with a year-to-date decline of 4.5% reported a week earlier.

The AAR said Canadian rail traffic fell 9.2% last week amid a 16.2% plunge in carloads after workers at Canadian National Railway Co. (CNR.T) went on strike. The volume of intermodal units edged up 0.2%.

Canadian National struck a tentative agreement with the union representing 3,200 conductors and yard-crew workers Tuesday, bringing an end to the weeklong strike that threatened to upend Canada's economy.

Mexican rail traffic fell 0.3% last week, the AAR said, as a 4% drop in intermodal units more than offset a 3% rise in carloads. 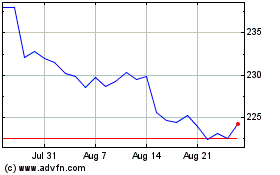 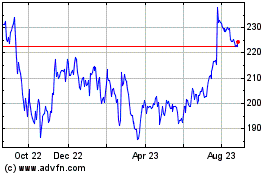 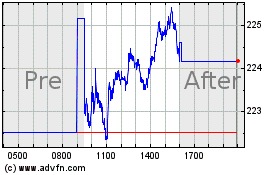