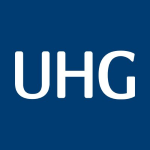 WASHINGTON--The contractor tapped to rescue the flailing HealthCare.gov in the fall of 2013 declared its job finished Thursday and said it doesn't plan to continue overseeing the website that sells subsidized insurance to millions of Americans as part of the federal health law.

"Having achieved the goal of making HealthCare.gov a stable and reliable platform for people seeking coverage, Optum will not rebid to continue the role of senior adviser," said Matt Stearns, a spokesman for the company, the technology unit of insurer UnitedHealth Group. "Our job has been completed."

Optum's contract with the federal government to oversee the site is worth around $40 million a year and will end in July, although the company may remain working on the project for a transition period after that date.

HealthCare.gov's launch in October 2013 was marked by serious technical problems that forced the Obama administration to change the way it was implementing the law itself. It also mounted an all-out effort to get the website working on a basic level by Thanksgiving of that year.

The website is the main platform created by the health law to provide insurance to people who don't have it through an employer or government program such as Medicare. HealthCare.gov serves people in three dozen states that declined to operate their own portals. It verifies income, immigration status and other personal information to determine consumers' eligibility for tax credits to offset the cost of premiums. It then displays health plans available in a particular area, and lets consumers sign up and transmits that information back to the insurance companies.

Optum, one of dozens of contractors working on the various parts of the site, was appointed to oversee them all in the repair effort. The push led to an improved site for the first sign-up period that ended in March 2014. The company was retained for the second sign-up window that opened November 2014 and closed for most Americans earlier this year. HealthCare.gov performed significantly better the second time around.

Optum had made the decision to step aside because it wanted to be able to focus on other work, Mr. Stearns said.

"We're grateful for the opportunity to have worked on a project as important as HealthCare.gov," he said. "By no longer acting as senior adviser to HealthCare.gov, Optum can seek to assist in other projects and leverage our ability to develop and operate large transactional systems that advance heath care."

A spokesman for the Centers for Medicare and Medicaid Services, which oversees the website and its contractors, didn't immediately comment.

Optum was "confident that HealthCare.gov will remain a stable and reliable platform," Mr. Stearns said. The company would continue to operate the site's data services hub and identity management systems, as well as to work with several states that had their own sites, he added.

Federal officials widely praised the company for its work fixing HealthCare.gov. Andy Slavitt, a group executive vice president at Optum, left the company and took on a formal role within the federal government in the summer of 2014. He is now the acting administrator at the Centers for Medicare and Medicaid Services.

Some Republican members of Congress have raised questions about the transition, noting that CMS regulates Optum's insurance parent company as well as its technology unit.

Enrollment workers who have been using HealthCare.gov frequently to sign up the uninsured say the systemwide problems have been fixed, though glitches arise from time to time.

Elizabeth Colvin, director of Insure Central Texas, said that remaining problems typically stem from complicated situations such as very low-income, legal immigrants who have different eligibility for financial assistance than their U.S.-born counterparts. But more broadly, she said, the biggest challenges remaining for the system rest on the intricacies of the law's various rules for eligibility to users.

"You still have to understand how the law works," she said.

Write to Louise Radnofsky at louise.radnofsky@wsj.com 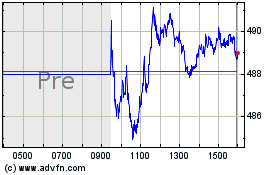