Last Wednesday, Pentwater Capital Management LP ("Pentwater"), the largest minority shareholder of Turquoise Hill Resources Ltd. ("Turquoise Hill" or the "Company") (TSX:TRQ) (NYSE:TRQ), wrote to Turquoise Hill highlighting the Company’s inadequate and misleading disclosure of important financial information.  Specifically, Pentwater explained how the Company’s disclosure of a $4 billion capital shortfall was misleading because it failed to explain that over $900 million of the shortfall was for the construction of a power plant that the government of Mongolia publicly indicated it intended to build, and over $1.9 billion of the shortfall was for debt amortization payments that typically can be extended for the payment of a small fee.

Yesterday, Rio Tinto confirmed that the Company will no longer need to fund the construction of the power plant as the Government of Mongolia will now “fund and construct a State Owned Power Plant at Tavan Tolgoi.” Today, Pentwater responds: Now that the Company’s 51% owner Rio Tinto has confirmed that Turquoise Hill will not need to finance the construction of the power plant, Turquoise Hill must come clean and provide at least the bare minimum of financial disclosure to its minority shareholders who own 49% of its stock.  Tell us the truth!

Turquoise Hill’s disclosures are inadequate and misleading. Shareholders have a right to know these answers.  However, the Board and management seem to not want to be honest and transparent with their minority shareholders. Instead, the Board and management prefer to act only in the interest of Rio Tinto, which has chosen every single Board member and every single manager.

Shareholders are urged to read the full text of Pentwater's proxy circular and related press releases, which have been filed and made available under Turquoise Hill's issuer profile at www.sedar.com. 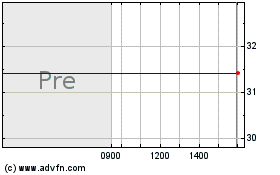