Check the appropriate box below if the Form 8-K filing is intended to simultaneously satisfy the filing obligation of Registrant under any of the following provisions:

If an emerging growth company, indicate by check mark if the registrant has elected not to use the extended transition period for complying with any new or revised financial accounting standards provided pursuant to Section 13(a) of the Exchange Act  ☐

On February 4, 2020, Registrant held a special meeting of stockholders (the “Special Meeting”). The purpose of the Special Meeting was for its stockholders to consider and vote on the proposals identified in Registrant’s definitive proxy statement on Schedule 14A, filed with the U.S. Securities and Exchange Commission (the “SEC”) on January 6, 2020 (the “Definitive Proxy Statement”). The Definitive Proxy Statement was filed in connection with the previously announced Agreement and Plan of Merger, dated as of November 24, 2019, as it may be amended from time to time (the “Merger Agreement”), by and among Registrant, LVMH Moët Hennessy-Louis Vuitton SE, a societas Europaea (European company) organized under the laws of France (“Parent”), Breakfast Holdings Acquisition Corp., a Delaware corporation and an indirect wholly owned subsidiary of Parent (“Holding”), and Breakfast Acquisition Corp., a Delaware corporation and a direct wholly owned subsidiary of Holding (“Merger Sub”). Pursuant to the Merger Agreement, Merger Sub will be merged with and into Registrant (the “Merger”), with Registrant continuing as the surviving corporation in the Merger and an indirect wholly owned subsidiary of Parent.

At the Special Meeting, Registrant’s stockholders considered and voted upon the proposals described below, each of which is further described in the Definitive Proxy Statement. The final voting results for each proposal are set forth below.

Proposal One. Adoption of the Merger Agreement (the “Merger Proposal”):

Proposal Three. Adjournment or postponement of the Special Meeting, if necessary or appropriate, to solicit additional proxies if there are not sufficient votes to approve the Merger Proposal:

The completion of the Merger is subject, among other conditions, to the expiration or termination of the waiting period applicable to the Merger pursuant to the requirements of the Hart-Scott-Rodino Antitrust Improvements Act of 1976 (as amended, and all rules and regulations promulgated thereunder, collectively, the “HSR Act”).

On February 4, 2020, Registrant issued a news release announcing the results of the stockholder vote at the Special Meeting and the expiration of the HSR Act waiting period. A copy of the news release is filed as Exhibit 99.1 to this Current Report on Form 8-K and incorporated herein by reference.

Forward-looking statements reflect the views and assumptions of management as of the date of this communication with respect to future events. Registrant does not undertake, and hereby disclaims, any obligation, unless required to do so by applicable securities laws, to update any forward-looking statements as a result of new information, future events or other factors. The inclusion of any statement in this communication does not constitute an admission by Registrant or any other person that the events or circumstances described in such statement are material.

Pursuant to the requirements of the Securities Exchange Act of 1934, Registrant has duly caused this report to be signed on its behalf by the undersigned thereunto duly authorized. 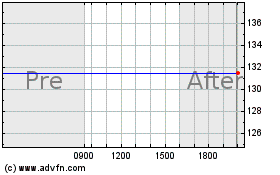