LOS ANGELES, July 9, 2020 /PRNewswire/ -- LiveXLive Media (NASDAQ: LIVX) ("LiveXLive"), a global platform for live stream and on-demand audio, video and podcast content in music, comedy, and pop culture, announced today that the Midwest's largest all-electronic music festival -- Spring Awakening Music Festival (SAMF) -- will return home to the City of Chicago for its 10 year anniversary in 2021. The event will be presented by Corona Electric Beach as part of a multi-year deal that included SAMF 2020 and its first virtual experience on July 4 and 5, 2020. LiveXLive also announced today that SAMF's 10th Anniversary Event will include a virtual live stream component on the heels of the success of this past weekend's virtual SAMF.

"We're piloting a new business model for Spring Awakening that unifies a digital and in-real-life concert-viewing experience, and takes it from being a regional event to being truly international," said Dermot McCormack, president of LiveXLive. "We're pleased with the traction from this year's virtual iteration and are excited to bring the vision to life for the 10th Anniversary Spring Awakening in 2021, and with Corona Electric Beach."

With just over 20 performances, SAMF 2020 drew over 3 million views, adding to the 81 million views already achieved across LiveXLive's programming so far in 2020.  The event also earned 2.5 million engagements as some of EDM's most well-known and up-and-coming artists, including Claude VonStroke, Bear Grillz, Krewella, as well as Chicago's own Birthdayy Partyy, Gene Farris, Goodsex, Manic Focus, Porn and Chicken and Win and Woo, took the "stage" from their homes, remote venues, including the roof of the Virgin Hotel overlooking the Chicago skyline for Gene Farris set, and even a half-pipe, where Destructo both skateboarded and DJ'd simultaneously during his set. Virtual SAMF also brought flare as DJ's like SNBRN incorporated a cast of friends/characters like aliens, disco dancers, and a kitchen disco ball. Manic Focus also upleveled the production of his live streamed set with lasers and a special lighting rig.

"Corona is incredibly excited to continue our partnership with Spring Awakening as it taps into one of our consumer's key passion points and drinking occasions -- electronic dance music," said Corona Vice President of Brand Marketing Ann Legan.

In addition to an eclectic artist lineup, Virtual SAMF 2020 featured exclusive merch, talent meet-and-greets, interviews with many of the artists, and look-backs at previous years' SAMF festivals -- all available as part of LiveXLive's music news and interview show LiveZone. LiveXLive's React Presents also gave away tickets to the 10-year anniversary SAMF in 2021, which will also include the merch, meet-and-greets, backstage exclusives and original ancillary content for LiveZone.

Virtual SAMF viewers were able to stock up for Spring Awakening Music Festival 2020 by getting Corona delivered to their doors courtesy of Drizly*.

Spring Awakening Music Festival is produced by React Presents, a subsidiary of LiveXLive.

About React Presents, LLC
Founded in 2008, React Presents, a subsidiary of LiveXLive Media, was born out of a passion for curating top-tier live music events that has helped propel Chicago to the forefront of the US music scene. Over the past decade, React Presents has grown into one of the premier largest concert promoters in the Midwest, producing several major music festivals and over 400 concerts annually in Chicago, Milwaukee, Detroit and more. It was acquired by LiveXLive in early 2020 to extend LiveXLive's live event production and festival business and scale its live streamed content library.

About LiveXLive Media, Inc.
Headquartered in Los Angeles, California, LiveXLive Media, Inc. (NASDAQ: LIVX) (the "Company") (pronounced Live "by" Live) is a global platform for live stream and on-demand audio, video and podcast content in music, comedy, and pop culture. LiveXLive, which has streamed over 1000 events in 2020, has become a go-to partner for the world's top artists and celebrity voices as well as music festivals concerts, including Rock in Rio, EDC Las Vegas, and many others. In April 2020, LiveXLive produced its first 48-hour music festival called "Music Lives" with tremendous success as it earned over 50 million views and over 5 billion views for #musiclives on TikTok on 100+ performances. LiveXLive's library of global events, video-audio podcasts and original shows are also available on Amazon, Apple TV, Roku and Samsung TVs in addition to its own app, destination site and social channels. For more information, visit www.livexlive.com and follow LiveXLive on Facebook, Instagram, TikTok, Twitter at @livexlive, and YouTube.

About Constellation Brands
At Constellation Brands (NYSE: STZ and STZ.B), our mission is to build brands that people love because we believe sharing a toast, unwinding after a day, celebrating milestones, and helping people connect, are Worth Reaching For. Today, we are a leading international producer and marketer of beer, wine, and spirits with operations in the U.S., Mexico, New Zealand, and Italy. Every day, people reach for our high-end, iconic imported beer brands such as Corona Extra, Corona Light, Corona Premier, Modelo Especial, Modelo Negra, and Pacifico, and our high-quality premium wine and spirits brands, including the Robert Mondavi brand family, Kim Crawford, Meiomi, The Prisoner brand family, SVEDKA Vodka, Casa Noble Tequila, and High West Whiskey. To learn more, follow us on Twitter @cbrands and visit www.cbrands.com.

Forward-Looking Statements
All statements other than statements of historical facts contained in this press release are "forward-looking statements," which may often, but not always, be identified by the use of such words as "may," "might," "will," "will likely result," "would," "should," "estimate," "plan," "project," "forecast," "intend," "expect," "anticipate," "believe," "seek," "continue," "target" or the negative of such terms or other similar expressions. These statements involve known and unknown risks, uncertainties and other factors, which may cause actual results, performance or achievements to differ materially from those expressed or implied by such statements, including: the Company's reliance on one key customer for a substantial percentage of its revenue; the Company's ability to consummate the proposed acquisition of PodcastOne and the timing of the closing of the proposed transaction, including the risks that a condition to closing would not be satisfied within the expected timeframe or at all or that the closing of the proposed acquisition will not occur; the Company's ability to attract, maintain and increase the number of its users and paid subscribers; the Company identifying, acquiring, securing and developing content; the Company's ability to maintain compliance with certain financial and other covenants; the Company successfully implementing its growth strategy, including relating to its technology platforms and applications; management's relationships with industry stakeholders; the effects of the global Covid-19 pandemic; changes in economic conditions; competition; and other risks, uncertainties and factors including, but not limited to, those described in the Company's Annual Report on Form 10-K for the fiscal year ended March 31, 2020, filed with the U.S. Securities and Exchange Commission (the "SEC") on June 26, 2020, and in the Company's other filings and submissions with the SEC. These forward-looking statements speak only as of the date hereof and the Company disclaims any obligations to update these statements, except as may be required by law. The Company intends that all forward-looking statements be subject to the safe-harbor provisions of the Private Securities Litigation Reform Act of 1995. 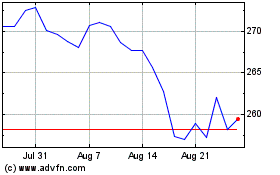 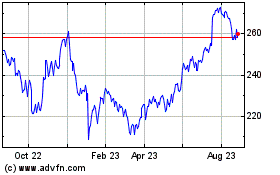 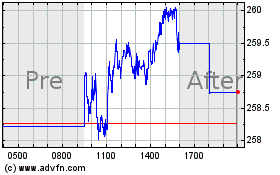