FORM 8-K
CURRENT REPORT
Pursuant to Section 13 OR 15(d) of the Securities Exchange Act of 1934
Check the appropriate box below if the Form 8-K filing is intended to simultaneously satisfy the filing obligation of the registrant under any of the following provisions (see General Instruction A.2. below):

SunTrust Banks, Inc. (the “Company”) today announced that Dallas S. Clement and Bruce L. Tanner have been appointed to its Board of Directors effective immediately. The Company also issued a news release announcing the appointment, which the Company files as Exhibit 99.1 to this report and which is incorporated herein by reference.

In addition, Robert M. Beall, II; David H. Hughes; and William A. Linnenbringer will retire from the board of directors when their current terms expire at the Company’s Annual Meeting of Shareholders in April 2016. None of the retirements is the result of a disagreement with the Company on any matter relating to the Company's operations, policies or practices.

SIGNATURE
Pursuant to the requirements of the Securities Exchange Act of 1934, the Registrant has duly caused this report to be signed on its behalf by the undersigned, thereunto duly authorized.

SunTrust Announces Board of Directors
Appointments and Retirements

ATLANTA - SunTrust Banks, Inc. (NYSE: STI) today announced that Dallas S. Clement and Bruce L. Tanner have been appointed to its board of directors, effective immediately. In addition, Robert M. Beall, II; David H. Hughes; and William A. Linnenbringer will retire from its board of directors when their current terms expire at the company’s Annual Meeting of Shareholders in April 2016.
“We welcome Dallas Clement and Bruce Tanner to the board, and look forward to benefiting from their extensive finance and business experience and perspectives,” said William H. Rogers, Jr., SunTrust chairman and chief executive officer. “We are grateful to Messrs. Beall, Hughes and Linnenbringer for their insights and service as they represented the interests of clients, shareholders and teammates throughout their tenures on the board.”
Clement is executive vice president and chief financial officer of Cox Enterprises. He has more than 25 years of experience of executive management, strategy, finance, corporate development and product management in the media, communications, wireless, broadband, technology, software and automotive industries.
Tanner is executive vice president and chief financial officer for Lockheed Martin Corporation, responsible for all aspects of the corporation’s financial strategies, processes, and operations. A 33-year Lockheed Martin veteran, he has broad financial, accounting and operations experience across the company’s businesses.
Beall has been a director since 2004. He is chairman of Beall’s, Inc., the parent company of Beall’s Department Stores, Inc. and Beall’s Outlet Stores, Inc. which operates retail stores from Florida to Arizona. Mr. Beall is retiring pursuant to the Company’s retirement policy.
Hughes has served as a director since 1984. Previously, Mr. Hughes served as chairman of the board of Hughes Supply, Inc., a distributor of construction materials, until April 1, 2006, when the

company was acquired by The Home Depot. Mr. Hughes is retiring pursuant to the Company’s retirement policy.
Linnenbringer has been a director since 2010. Mr. Linnenbringer retired as a partner from Pricewaterhouse Coopers in 2002 after serving in numerous leadership positions including managing partner for the U.S. banking and financial services industry practice, and chairman of the global financial services industry practice over the course of his 32-year career with the firm.

SunTrust Banks, Inc., one of the nation's largest financial services organizations, is dedicated to Lighting the Way to Financial Well-Being for its clients and communities. Headquartered in Atlanta, the company serves a broad range of consumer, commercial, corporate and institutional clients. As of September 30, 2015, SunTrust had total assets of $187 billion and total deposits of $146 billion. Through its flagship subsidiary, SunTrust Bank, the company operates an extensive branch and ATM network throughout the high-growth Southeast and Mid-Atlantic States and a full array of technology-based, 24-hour delivery channels. The company also serves clients in selected markets nationally. Its primary businesses include deposit, credit, trust and investment services.  Through its various subsidiaries, the company provides mortgage banking, asset management, securities brokerage, and capital market services. SunTrust's Internet address is suntrust.com.

SunTrust Banks (NYSE:STI)
Historical Stock Chart
From Apr 2022 to May 2022 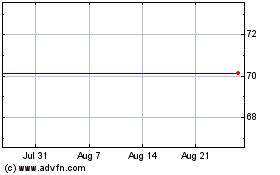 SunTrust Banks (NYSE:STI)
Historical Stock Chart
From May 2021 to May 2022 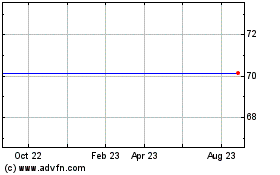 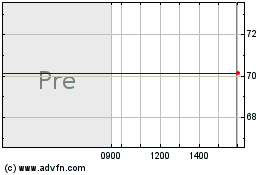