Securities registered pursuant to Section 12(b) of the Securities Act:

As previously disclosed, on September 29, 2020, Summit Midstream Partners Holdings, LLC, a Delaware limited liability company (“SMP Holdings”), and Summit Midstream Partners, LLC, a Delaware limited liability company (“Summit Investments”), subsidiaries of Summit Midstream Partners, LP, a Delaware limited partnership (the “Partnership”), and, for limited purposes, the Partnership, entered into a Transaction Support Agreement (the “TSA”) with an ad hoc group of SMP Holdings’ lenders under the Term Loan Agreement, dated as of March 21, 2017 (the “Term Loan”), among SMP Holdings, as borrower, the lenders party thereto (the “Term Loan Lenders”) and Credit Suisse AG, Cayman Islands Branch, as Administrative Agent and Collateral Agent (the “Term Loan Agent”) with respect to a consensual debt discharge and Term Loan restructuring transaction (the “TL Restructuring”). In addition to the ad hoc group of Term Loan Lenders, each of the other Term Loan Lenders either became party to the TSA (thereby becoming a Directing Lender as defined therein) or otherwise provided its consent to the TL Restructuring.

Notice of Default and Strict Foreclosure

On November 16, 2020, the Directing Lenders directed the Term Loan Agent to deliver a notice of default and acceleration (the “Notice of Default”) to SMP Holdings, indicating that a default occurred as a result of SMP Holdings’ failure to pay the amortization payment due on September 30, 2020, as required under Section 2.07(a) of the Term Loan. The Notice of Default declared that the obligations under the Term Loan, totaling approximately $157.6 million, were immediately due and payable. The delivery of the Notice of Default was contemplated by the TSA.

Amendment No. 3 to Contribution Agreement

On the Closing Date, in connection with the TL Restructuring, the Partnership and SMP Holdings entered into Amendment No. 3 (the “Amendment No. 3”) to the Contribution Agreement, dated as of February 25, 2016 (the “Contribution Agreement”), to fully settle (the “DPPO settlement”) the $180.75 million Deferred Purchase Price Obligation (the “DPPO”) that the Partnership owed to SMP Holdings under the Contribution Agreement. In connection with the DPPO settlement, the Partnership made cash payments to SMP Holdings in amounts equal to the Consent Premium, the Additional Consideration and $493,749.96 to pay certain expenses of the Term Loan Agent and the ad hoc group of the Term Loan Lenders incurred in connection with the TL Restructuring.

The information regarding the TL Restructuring and the satisfaction of the Term Loan Claims under the Term Loan set forth under Item 1.01 above is incorporated into this Item 1.02 by reference.

The description of the Notice of Default set forth under Item 1.01 above is incorporated into this Item 2.04 by reference. 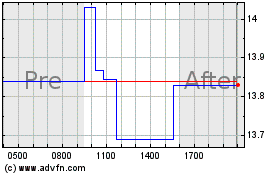