As further described under Item 5.03 below, effective at 8:25 a.m. (Central Time) on December 6, 2019 (the “Conversion Effective Time”), the registrant, Roan Resources, Inc., a Delaware corporation, converted into a Delaware limited liability company named “Pressburg, LLC” (the “Conversion”). References herein to “Roan,” “Pressburg” or the “Company” refer to Roan Resources, Inc. prior to the Conversion and to Pressburg, LLC following the Conversion.

In connection with the Merger (as defined below), Citizen Energy Operating, LLC (“Parent” or the “Borrower”) and Citizen Energy Holdings, LLC (“CEH”) entered into a credit agreement (the “Credit Agreement”) on December 6, 2019 with JPMorgan Chase Bank, N.A., as administrative agent, an issuing bank and a swingline lender; the lenders party thereto; and JPMorgan Chase Bank, N.A., BMO Capital Market Corp., TD Securities (USA) LLC and BofA Securities, Inc., as joint lead arrangers and joint lead bookrunners, pursuant to which the lenders have agreed to provide initial aggregate commitments in the amount of $725.0 million. The lenders are not obligated to make any loans to the Borrower, and none of the covenants, representations and warranties or events of default will be effective, and no collateral or guarantees will be provided, until the satisfaction of certain conditions, including the Merger and the termination of the Roan Credit Agreements (as defined below) described in Item 1.02 below. The date on which such funding conditions are satisfied (or waived) is referred to in the Credit Agreement as the “Initial Funding Date.”

The Credit Agreement has an initial term of five years after the Initial Funding Date.

The Credit Agreement contains customary affirmative and negative covenants (each with customary exceptions), including limitations to Loan Parties’ ability to engage in transactions with affiliates, incur liens, engage in certain fundamental changes, incur debt, change the nature of its business, and use the proceeds of any borrowing or letter of credit for certain purposes, including a covenant restricting Parent’s Consolidated Total Leverage Ratio (as defined in the Credit Agreement) to not greater than 3.5 to 1.00 and a covenant requiring Parent to maintain a minimum Current Ratio (as defined in the Credit Agreement) of 1.00 to 1.00. Borrowings under the Credit Agreement are subject to acceleration upon the occurrence of events of default that Parent considers usual and customary for an agreement of this type.

The foregoing descriptions of the Credit Facility does not purport to be complete and is subject to, and qualified in its entirety by the full text of such document, which is filed herewith as Exhibit 10.1 and incorporated herein by reference.

On December 6, 2019, pursuant to the Agreement and Plan of Merger (the “Merger Agreement”), dated as of October 1, 2019, by and among Parent, Citizen Energy Pressburg Inc. (“Merger Sub”) and the Company, the Company completed its previously announced merger whereby Merger Sub merged with and into the Company (the “Merger”), with the Company continuing as the surviving corporation and a wholly owned subsidiary of Parent.

At the effective time of the Merger on December 6, 2019 (the “Effective Time”), each share of the Company’s Class A common stock, $0.001 par value per share (the “Company common stock”), issued and outstanding immediately prior to the Effective Time was cancelled and automatically converted into the right to receive $1.52 in cash, without interest (the “Merger Consideration”), other than (i) shares that were held in the treasury of the Company or owned of record by any wholly owned subsidiary of the Company, (ii) shares owned of record by Parent or any of its wholly owned subsidiaries and (iii) shares held by stockholders who did not vote in favor of or consent to the adoption of the Merger Agreement and who properly demanded appraisal of such shares and complied in all respects with all the provisions of the Delaware General Corporation Law concerning the right of holders of shares to require appraisal (collectively, the “Cancelled Shares and Dissenting Shares”). Effective as of the Effective Time, (a) all outstanding and unvested Company restricted stock units, other than those held by Richard A. Gideon, became fully vested and non-forfeitable and were cancelled and converted into the right to receive an amount in cash, without interest, equal to the product of (i) the number of Company restricted stock units subject to such award multiplied by (ii) the Merger Consideration and (b) all outstanding and unvested Company performance share units were cancelled without consideration.

To the extent applicable, the information set forth under Item 1.01 of this Current Report on Form 8-K is incorporated by reference into this Item 2.03.

To the extent applicable, the information set forth under Item 2.01, Item 5.01 and Item 5.03 of this Current Report on Form 8-K is incorporated by reference into this Item 3.03.

To the extent applicable, the information set forth under Item 2.01 of this Current Report on Form 8-K is incorporated by reference into this Item 5.01.

In connection with the Merger, the board of directors of the Company adopted resolutions to terminate the Company’s Amended and Restated Management Incentive Plan and any other employee or director stock plan pursuant to which any restricted stock unit, performance share unit or other equity compensation award is outstanding (the “Company Stock Plans”), effective as of the Effective Time. From and after the Effective Time, no equity awards or other rights with respect to Company common stock will be granted or be outstanding under the Company Stock Plans.

Effective as of the Effective Time, Mr. Gideon was terminated as Chief Executive Officer of the Company.

The foregoing description of the Certificate of Conversion, the Certificate of Formation and the Limited Liability Company Agreement does not purport to be complete and is qualified in its entirety by reference to the complete text of such agreements, copies of which are filed as Exhibits 3.4, 3.5 and 3.6 to this Current Report on Form 8-K, respectively, and are incorporated by reference herein. 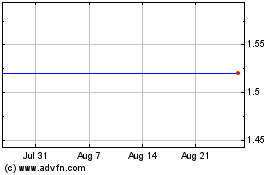 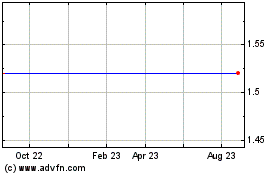 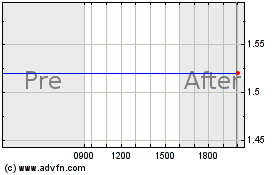