13.05
-0.26 (-1.95%)
Upgrade to Real-Time
Premarket
13.05
RMG Shareholders Approve Romeo Systems Merger; Shares Climb 5%
December 29 2020 - 05:36AM
TipRanks
RMG Acquisition announced that 99.8% of its shareholders approved its merger with Romeo Systems at an extraordinary meeting on Dec. 28. Shares gained 5.2% in pre-market trading on Tuesday. The deal, which was announced by RMG (RMG) on Oct. 5, is expected to close by December 29. The combined company will be renamed Romeo Power and will trade on the NYSE under the ticker symbol “RMO”. Romeo Power is an energy technology company focused on designing and manufacturing lithium-ion battery modules and packs for commercial electric vehicles. RMG had $394 million in its trust account prior to the merger, including $160 million raised from private placements. On Dec.
https://www.tipranks.com/news/rmg-shareholders-approve-romeo-systems-merger-shares-climb-5 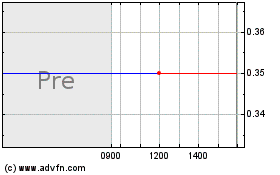