This article is being republished as part of our daily reproduction of WSJ.com articles that also appeared in the U.S. print edition of The Wall Street Journal (August 18, 2020).

Citigroup Inc. sued Brigade Capital Management LP for the return of the hedge-fund manager's share of nearly $900 million that the bank said it mistakenly paid to Revlon Inc. lenders.

Brigade "has unlawfully attempted to capitalize on the mistaken payment, " Citi said in the complaint, filed in New York federal court Monday. Brigade and other lenders have taken the position that they aren't obligated to return the money, The Wall Street Journal reported Friday.

Revlon has said it didn't pay the money itself. In the lawsuit, Citi said the payment on a loan issued by Revlon in 2016 came from the bank's own funds.

Citi, in charge of collecting payments and communicating with the syndicate of lenders that provided the 2016 loan to Revlon, asked for a court order requiring Brigade to give up its share of the loan payment made last week, roughly $175 million.

"Any other outcome would threaten the stability of the banking system and the relationships between administrative agents and lenders, as it would reward bad actors that try to capitalize on operational mistakes," Citi said in the lawsuit.

The legal filing marks the latest development in a feud between Revlon and lenders including Brigade, HPS Investment Partners LLC and Symphony Asset Management that have accused the struggling cosmetics company of siphoning off the collateral securing their debt. The lenders last week launched a lawsuit against Revlon, Citi and others claiming the cosmetics company siphoned off valuable intellectual property that had been pledged as collateral.

Backed by billionaire Ron Perelman's MacAndrews & Forbes, Revlon has been struggling with a large debt load, and more recently, headwinds stemming from the coronavirus pandemic's devastating impact on American retailing.

To help stay afloat, Revlon last year borrowed $200 million from Ares Management Corp. and followed up with several other loan and restructuring transactions earlier this year. Lenders, acting through agent UMB Bank NA, said the cosmetics company breached its loan agreements by moving brands including American Crew, Elizabeth Arden and others out of lenders' reach, transferring those assets to subsidiaries and pledging them as collateral to raise additional debt financing. Citi also was named as a defendant.

On Monday, Citi provided a bit of detail on how it mistakenly sent nearly $900 million to the investors that had recently sued it and Revlon. The bank said it had intended to pay the lenders several months of accrued interest under the company's credit agreement. Blaming "issues with the loan-processing system," Citi said it transferred payments to each lender that were "on average more than 100 times the interest that was actually due."

The payout from Citi delivered a windfall to lenders, fully repaying debt that wasn't yet due and that had been changing hands at less than 30 cents on the dollar as recently as last week.

Brigade isn't so sure it is obligated to return the cash or that Citi sent the money in error. In an email to Citi, Brigade said it was "not at all clear that the funds were sent as a result of 'clerical mistake, '" according to Monday's lawsuit. Citi said the response makes clear that Brigade doesn't intend to return the money.

Even before the coronavirus pandemic began hammering the retail industry, Revlon was struggling, along with other mainstream cosmetics companies, to keep its grip on shoppers who increasingly were buying items online and patronizing specialty beauty stores. The company had $415.7 million of liquidity as of June 30, against a debt load of several billion dollars.

Brigade is "well aware that virtually no company, let alone a distressed retail and consumer company such as Revlon, would ever make such a substantial prepayment while dealing with the significant financial consequences caused by the ongoing pandemic," Citi said.

While some lenders honored Citi's request to return what they received, certain hedge funds as well as other investors haven't, reasoning the money was theirs to begin with and they aren't required to lend to Revlon again after being repaid, according to people familiar with the matter. 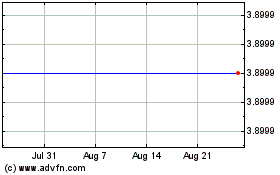 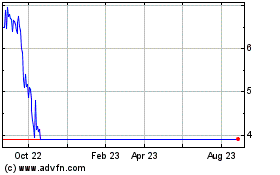 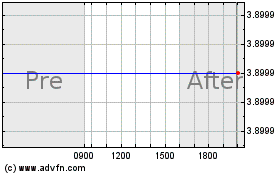