As previously reported, following the Company’s restructuring, the Company and Mr. Johannes (John) P. Boots mutually agreed that he would step down from his position as the Company’s Chief Financial Officer to pursue other opportunities.  Mr. Boots’ departure from the Company was made effective as of June 30, 2019.

Effective July 22, 2019, the Company appointed Mr. James W. Harris as Senior Vice President and Chief Financial Officer.  Mr. Harris, age 60, served as Executive Vice President and Chief Financial Officer of Forum Energy Technologies, Inc. from December 2005 to March 2018.   He also served Forum as Executive Vice President, Drilling & Subsea from September 2017 until July 2018, following which he continued to serve Forum as an advisor until April 2019.  Prior to that, Mr. Harris served VeriCenter, Inc. as Vice President and Controller and General Manager of the company’s AppSite Hosting business unit from January 2004 to November 2005.  He served in various roles, including as Vice President - Tax, Vice President - Finance and Contractor, for Enron Energy Services and Enron Corp. from August 1999 to December 2003.  From February 1994 to May 1999, Mr. Harris served in various roles of increasing responsibility for Baker Hughes Incorporated, serving as Vice President, Tax and Controller from 1998.  From 1990 to 1994, Mr. Harris served as Senior Tax Manager for PricewaterhouseCoopers LLP, having joined the firm in 1985.  He holds a Bachelor of Science in Accounting and a Masters in Accounting from Brigham Young University and an MBA from Rice University.

The Company has entered into an employment agreement with Mr. Harris, which provides for an initial two-year employment term and automatically renews for additional two-year terms unless either party notifies the other of an intent not to renew.  Under the employment agreement, Mr. Harris will receive an annual base salary and an annual target bonus opportunity of a minimum of 75% of annual base salary.  He will also receive certain sign-on equity awards that are consistent with the annual equity awards made to the Company’s other senior executives in early 2019. The employment agreement includes a 12-month post-employment noncompetition covenant and a 12-month non-solicitation covenant with respect to employees, contractors, customers and suppliers. Mr. Harris’ employment agreement provides for severance payments and benefits if the Company terminates his employment other than for cause or he terminates his employment for good reason, as defined in the agreement, subject to Mr. Harris’ execution and non-revocation of a release of claims in favor of the Company, its subsidiaries and affiliates.

On July 22, 2019, the Company issued a press release announcing this appointment. A copy of that release is attached to this report on Form 6-K as Exhibit 99.1. 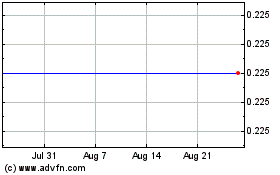 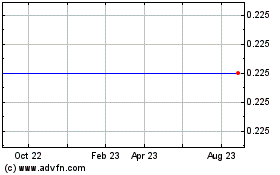 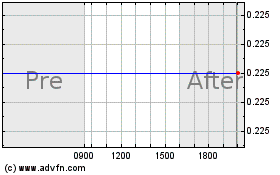