North American rail traffic plunged 20% last week, data from the Association of American Railroads showed, dragged down by a strike in Canada and a holiday calendar shift in the U.S.

North American rail traffic was up 5.5% in the week ended Nov. 23. For the first 48 weeks of the year, North American volume is down 3.6%, compared with a year-to-date decline of 3.3% reported a week earlier.

The AAR said U.S. rail traffic tumbled 23% last week, following a 10.6% rise a week earlier, due to a calendar shift related to the Thanksgiving holiday. U.S. carloads fell 21.3%, with steep declines across all 10 commodity groups tracked. The volume of U.S. intermodal containers and trailers plummeted 24.5% for the week.

For the month of November, U.S. rail traffic fell 7.4%, marking the 10th straight month of declines for both carloads and intermodal units. U.S. rail traffic is down 4.7% for the year to date, the AAR said, compared with a year-to-date decline of 4.2% reported a week earlier.

"Rail traffic continues to struggle because U.S. manufacturing is soft, trade disputes and the uncertainty they entail are ongoing, and economic growth abroad isn't what it could be," said John Gray, AAR senior vice president. "That said, we're confident that rail volumes will begin to grow again as the manufacturing portion of the economy finds firmer footing."

Canadian National last week struck a tentative agreement with the union representing 3,200 conductors and yard-crew workers, bringing an end to the weeklong strike.

Mexican rail traffic fell 7.4% last week, the AAR said, amid a 7% decline in carloads and a 7.9% drop in intermodal units. 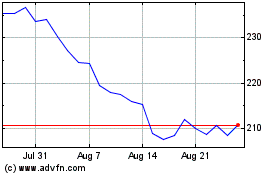 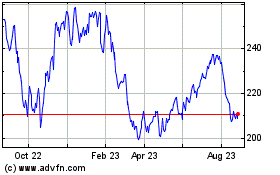 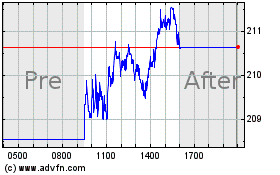