On March 18, 2021, NewMarket Corporation, a Virginia corporation (the “Company”), completed the public offer and sale of $400,000,000 in aggregate principal amount of its 2.700% Senior Notes due 2031 (the “Notes”). The Company intends to use the net proceeds from the offering for the repayment or redemption of its $350 million in aggregate principal amount of 4.10% Senior Notes due 2022 and for general corporate purposes. The Notes were offered and sold pursuant to the Company’s shelf registration statement on Form S-3, which became effective on March 2, 2021 (File No. 333-253774).

The Notes were issued pursuant to an Indenture, dated as of March 18, 2021 (the “Base Indenture”), between the Company and Wells Fargo Bank, National Association, as trustee (the “Trustee”), as supplemented by a First Supplemental Indenture, dated as of March 18, 2021 (the “First Supplemental Indenture” and, together with the Base Indenture, the “Indenture”), between the Company and the Trustee. Interest on the Notes is payable semi-annually on March 18 and September 18, commencing September 18, 2021, and the Notes mature on March 18, 2031. The Notes are general unsecured senior obligations of the Company and rank equally with the Company’s other unsecured senior indebtedness. The Company may, at its option and from time to time, redeem all or any portion of the Notes at the prices specified in the Indenture. The Company may be required to make an offer to purchase the Notes upon the occurrence of a “change of control triggering event” as described in the Indenture.

The Indenture includes certain customary covenants that, among other things, limit the Company’s and its subsidiaries’ ability to grant liens to secure indebtedness or engage in sale and leaseback transactions and the Company’s ability to merge or consolidate with, or convey, transfer or lease all or substantially all of its assets to, a third party. Each of these limitations is subject to certain important qualifications and exceptions. The Indenture also includes certain customary events of default. The occurrence of an event of default will either automatically, in certain instances, or upon declaration by the Trustee or the holders of not less than 25% in aggregate principal amount of the Notes at the time outstanding, in other instances, cause the acceleration of the amounts due under the Notes.

The information set forth in Item 1.01 above with respect to the Notes and the Indenture is incorporated by reference into this Item 2.03 insofar as it relates to the creation of a direct financial obligation.

A copy of the opinion delivered by McGuireWoods LLP, counsel to the Company, regarding the legality of the Notes is filed as Exhibit 5.1 hereto. 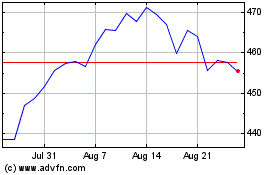 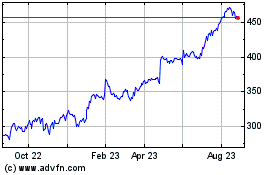 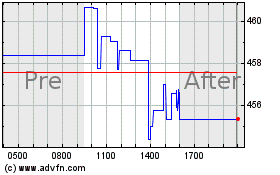