In response to the ongoing significant market uncertainty, the Board of Directors (the “Board”) of Noble Corporation plc, a public limited company incorporated under the laws of England and Wales (the “Company”), approved modifications to the Company’s overall compensation program on June 26, 2020 to more appropriately retain and motivate its key employees during this period of uncertainty and increased workload. The Board worked with compensation and other advisors to design and appropriately align the revised program.

Executive Officers and Named Executive Officers: The target value of the 2020 annual bonus awards granted under the Noble Corporation plc 2020 Short-Term Incentive Plan (the “STIP”) and the value of 2020 restricted stock unit awards and performance-vested cash incentive awards granted under the Noble Corporation plc 2015 Omnibus Incentive Plan (the “LTIP”) to certain executives, including our named executive officers and designated vice presidents, will be paid as soon as practicable, subject to certain clawback obligations including incentive-based criteria. The payment of such compensation is conditioned on the recipients being obligated to repay up to one-half of the amount of such compensation as further described below. One-half of the amount will be paid in respect of the first two quarters of the year and will not be subject to repayment. The remaining one-half (the “Conditional Amount”) will be subject to repayment by the recipients as described below. One-half of the Conditional Amount represents a retention component that will be subject to repayment under certain circumstances, including failure to continue employment through at least February 14, 2021, the one-year anniversary of the date on which the 2020 annual bonus and LTIP awards were originally established by the Board. The remaining one-half of the Conditional Amount represents an incentive component that will be subject to repayment in the event that certain specified performance metrics relating to EBITDA, safety and rig unpaid downtime are not achieved and under the same circumstances applicable to the retention component. Executives with existing retention arrangements from 2019 and 2020 also will be paid such amounts promptly in cash. These payments are also subject to repayment by the recipient based on the same vesting schedule that applied to the original award. In addition, Mr. Robert W. Eifler, who was promised an incremental award under the LTIP in connection with his appointment as President and Chief Executive Officer, as described in the Company’s Current Report on Form 8-K filed with the Securities and Exchange Commission (the “SEC”) on February 21, 2020, will be paid such amount promptly. Such amount will be subject to repayment under the similar circumstances applicable to the Conditional Amount (i.e., one-half relating to satisfaction of the performance metrics described above and one-half relating to continued employment by the Company).

Non-Executive Employees: To maintain the stability and continuity of the Company’s workforce, one-half of the target value of the 2020 annual bonus award opportunity granted under the STIP will be paid to certain non-executive employees as soon as practicable and will not be subject to repayment. The remaining one-half will be converted into an opportunity to earn cash retention payments on a quarterly basis for the third and fourth quarters of 2020, subject to their continued employment. Employees with existing retention arrangements will be paid such amounts on the originally scheduled payment date, subject to the original termination provisions.

STIP Amendment and Adoption of Cash Award Plan: On June 26, 2020, the Board approved an amendment and restatement of the STIP (the “Amended STIP”) and adopted the Noble Corporation plc 2020 Other Cash Award Plan (the “OCAP”), each in order to accommodate the changes to the compensation program discussed above for executive officers, including named executive officers, and non-executive employees. Copies of the Amended STIP and the OCAP will be filed with the SEC as exhibits to the Company’s Quarterly Report on Form 10-Q for the quarter ended June 30, 2020.

LTIP Amendment: On June 26, 2020, the Board approved an amendment and restatement of the LTIP (the “Amended LTIP”). Such changes relate to cash awards under the LTIP and include providing clarifications to the effect that a repayment or clawback requirement is equivalent to a vesting requirement with respect to cash awards and allowing early cash award vesting or lapse of the clawback in the event of a termination for good reason or without cause. The foregoing description of the Amended LTIP does not purport to be complete and is qualified in its entirety by reference to the Amended LTIP, a copy of which is filed as Exhibit 10.1 to this Current Report on Form 8-K and is incorporated herein by reference. A summary description of the material features of the original LTIP is set forth in the Company’s definitive proxy statement filed with the SEC on April 7, 2020. 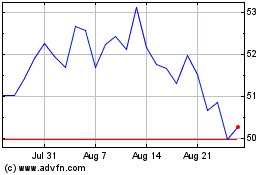 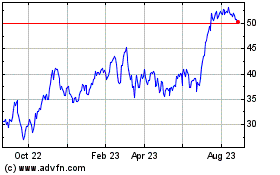 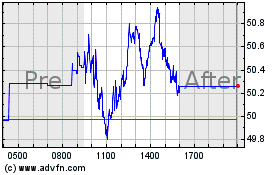