Mr. Foxx is currently chief policy officer and advisor to the president and chief executive officer of Lyft, which he joined in October 2018. Prior to joining Lyft, he served as the seventeenth United States Secretary of Transportation from 2013 to 2017. The Senate confirmed the nomination of Mr. Foxx to the Secretary of Transportation by a vote of 100-0. During his time as the Secretary of Transportation, Mr. Foxx led an agency with more than 55,000 employees and a $70 billion budget, whose primary goal was to ensure that America maintains the world’s safest, most efficient transportation system. Under Mr. Foxx’s leadership, the Department of Transportation (DOT) established a first-ever policy framework for the safe integration of self-driving vehicles and leveraged $350 million in public and private funding to demonstrate how smart technology can change cities and local communities.

Mr. Foxx developed the Obama Administration’s first surface transportation bill and worked on a bipartisan basis to get its congressional incarnation, the FAST Act, passed. He launched the DOT’s first, and the Administration’s most successful, Smart City Challenge, engaging more than seventy cities to develop their own strategies to incorporate new technologies into their transportation networks.

Previously, Mr. Foxx served as the mayor of Charlotte, North Carolina, from 2009 to 2013. First elected to the Charlotte City Council in 2005, upon his 2009 mayoral victory he became the youngest mayor in Charlotte’s history and its second African-American mayor. Beginning his tenure as mayor while facing a nearly 13 percent local unemployment rate, Mr. Foxx announced the creation of more than 4,000 new jobs, worked to reinforce Charlotte’s role as a critical energy industry hub, saw the completion of a new runway at Charlotte-Douglas International Airport, and led a delegation of Charlotte business leaders to meet with senior White House officials to press for several economic recovery spending measures.

Ward Nye, Chairman and Chief Executive Officer, stated, “Our Nominating and Corporate Governance Committee continues to further diversify and strengthen our Board, ensuring that we have the right mix of skills and experience to continue building on Martin Marietta’s long track record of success. We are extremely pleased to welcome Anthony to the Board. He is highly accomplished with an outstanding track record and brings unique knowledge and experience in both the public and private sector to our Board. We are confident that Anthony will make an important, positive and lasting impact on our company.”

Martin Marietta, a member of the S&P 500 Index, is an American-based company and a leading supplier of building materials, including aggregates, cement, ready mixed concrete and asphalt. Through a network of operations spanning 27 states, Canada and The Bahamas, dedicated Martin Marietta teams supply the resources necessary for building the solid foundations on which our communities thrive. Martin Marietta’s Magnesia Specialties business provides a full range of magnesium oxide, magnesium hydroxide and dolomitic lime products. For more information, visit www.martinmarietta.com or www.magnesiaspecialties.com. 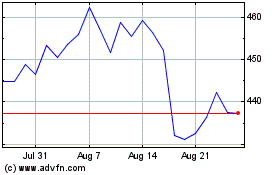 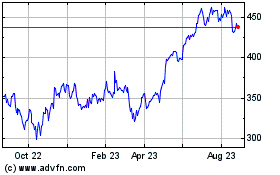 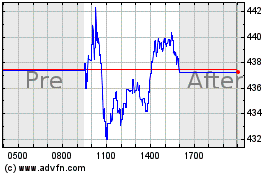