The notes were issued under an Indenture between the Company and Wells Fargo Bank, National Association, as trustee (the “Trustee”), dated as of August 19, 2010 (the “Base Indenture”), as supplemented by the fourteenth supplemental indenture, dated as of August 19, 2021 (the “Fourteenth Supplemental Indenture” and, together with the Base Indenture, the “Indenture”). The Fourteenth Supplemental Indenture includes forms of the notes. The net proceeds of the offering are expected to be used for general corporate purposes, which may include funding in part the proposed acquisition of RMS Risk Management Solutions India Pte Ltd, a leading global provider of climate and natural disaster risk modeling and analytics, for approximately $2.0 billion from Daily Mail and General Trust plc.

Additionally, at the option of the holders of the notes, the Company may be required to purchase all or a portion of the notes upon the occurrence of a “Change of Control Triggering Event” (as defined in the Indenture), at a price equal to 101% of the principal amount thereof, plus accrued and unpaid interest to the date of purchase.

The Indenture contains covenants that limit the ability of the Company and certain of its subsidiaries to, among other things, incur or create liens and enter into sale and leaseback transactions. In addition, the Indenture contains a covenant that limits the ability of the Company to consolidate or merge with another entity or to sell all or substantially all of its assets to another entity.

The Indenture contains customary default provisions. In addition, an event of default will occur if the Company or certain of its subsidiaries fail to pay the principal of any Indebtedness (as defined in the Indenture) when due at maturity in an aggregate amount of $50 million or more, or a default occurs that results in the acceleration of the maturity of the Company’s or certain of its subsidiaries’ Indebtedness in an aggregate amount of $50 million or more. Upon the occurrence and during the continuation of an event of default under the Indenture, the notes may become immediately due and payable either automatically or by the vote of the holders of more than 25% of the aggregate principal amount of all of the notes of the applicable series then outstanding.

The above descriptions of the Base Indenture, Fourteenth Supplemental Indenture and the forms of the notes are summaries only and are qualified in their entirety by their respective terms. The Base Indenture is attached as Exhibit 4.1 to the Company’s Current Report on Form 8-K dated August 19, 2010, filed with the Commission, and the Fourteenth Supplemental Indenture (including the forms of notes) is attached hereto as Exhibit 4.1. 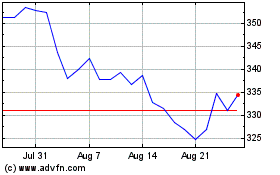 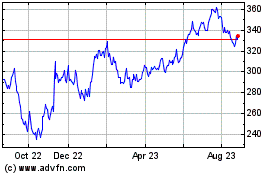 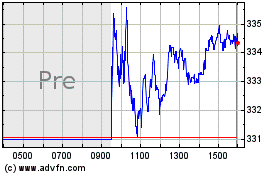