LSB Industries, Inc. (NYSE:LXU) (“LSB” or the “Company”) today announced that John Burns has been named Executive Vice President-Manufacturing, effective February 3, 2020. Mr. Burns takes over the position from John Diesch who has served in the role since August 2016 and will be retiring after over 30 years in the chemical industry. Mr. Diesch will remain with LSB through the end of February to ensure an orderly and effective transition.

“We would like to thank John Diesch for his major contributions to the Company during his more than three years as our head of manufacturing,” commented Mark Behrman, LSB’s President and CEO. “John’s tenure with our Company included the oversight of several critical plant reliability initiatives that have translated into the improved performance of our facilities. He has had a very successful career in the chemical industry, and we wish him all the best in his retirement.”

Mr. Behrman continued, “We are very pleased that John Burns will be joining our senior leadership team. His extensive experience in driving operational excellence within process industries and his deep knowledge of nitrogen manufacturing plants make him highly qualified to continue the performance improvement we have achieved over the past few years. We expect John to be instrumental in the continued operational improvements of our manufacturing facilities and look forward to working with him as we strive to attain our targeted safety performance and operating rates in the quarters to come. On behalf of our Board, I’d like to welcome John to LSB.”

Since 1993, John has held key roles at various subsidiaries of Koch Industries, an industrial conglomerate involved in the manufacturing, distribution, and refining of chemicals, petroleum, energy, fertilizers, polymers, and a host of other industrial products. From 2007 to 2015, John worked in Koch Agriculture and Energy Solutions where, from 2007 to 2014, he was Vice President of North America Nitrogen Operations which included oversight of Koch’s five nitrogen chemical manufacturing sites. While leading these operations, John significantly improved plant performance in the areas of safety and environmental stewardship, product quality, asset reliability, and plant productivity by applying disciplined operating processes and systems and applying best practices across the manufacturing sites. From 2014 to 2015, John held the role of Vice President of Koch’s Enid, OK Modernization where he successfully advanced the largest manufacturing site expansion project in Koch’s history.

Beginning in 2015, John moved into Innovation and Transformation Director positions in Koch’s petroleum refining and paper manufacturing businesses. In these roles, John advanced both the application of lean manufacturing methodologies and the monitoring and analysis of assets and production performance, ultimately improving asset reliability and plant productivity for Koch’s facilities. Another large part of these roles was John’s leadership coaching and ability to educate employees.

John holds a Bachelor of Science Degree in Engineering Technology, as well as a Master of Business Administration from Texas A&M University.

LSB Industries, Inc., headquartered in Oklahoma City, Oklahoma, manufactures and sells chemical products for the agricultural, mining, and industrial markets. The Company owns and operates facilities in Cherokee, Alabama, El Dorado, Arkansas and Pryor, Oklahoma, and operates a facility for a global chemical company in Baytown, Texas. LSB’s products are sold through distributors and directly to end customers throughout the United States. Additional information about the Company can be found on its website at www.lsbindustries.com.

This press release contains certain forward-looking statements within the meaning of the Private Securities Litigation Reform Act of 1995. These forward-looking statements generally are identifiable by use of the words “may,” “believe,” “expect,” “intend,” “plan to,” “estimate,” “project” or similar expressions, and include but are not limited to: performance improvement and attaining targeted operating rates. 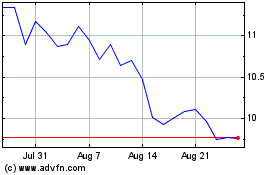 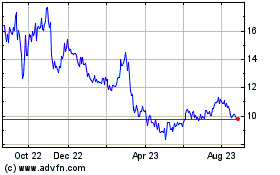 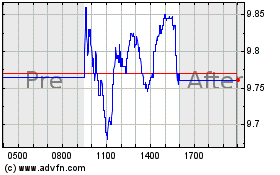